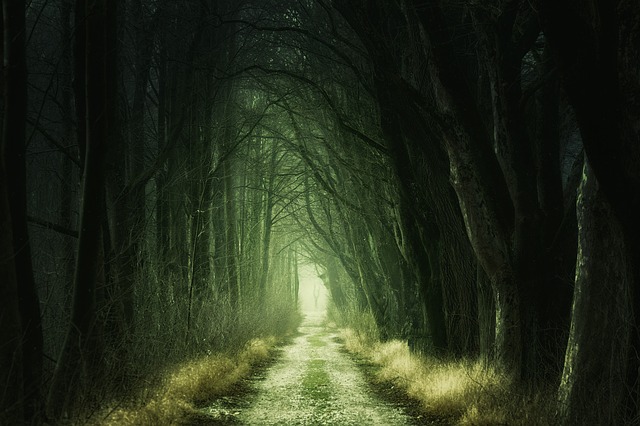 Or as normal as any writer’s life ever gets.

As you know, the last few months have been odd, to say the least, for the Green household. Mom’s shoulder injury and subsequent shoulder replacement has turned many things upside down. It drove home the point of just how lucky we have been she’s as healthy as she is at her age. It reminded me how much of the daily “putzing” around the house she did. It’s little stuff I tend to let go until weekends otherwise–things like dusting and picking up mail that I tend to drop onto the entry hall table, etc. Stuff that keeps the house looking good instead of letting it become a writer’s cluttered workspace.

But it has been more than that. This has been a forced look for both of us at what life could be like as her health declines (which I hope is many, many years in the future). She needs help getting dressed. She needs help going to bed because she can’t arrange the body pillow to help support the repaired shoulder. She can’t drive. So my day has had to revolve around what she needs, what errands need to be run to make things easier for her. I don’t mind it and I certainly don’t resent it. But it has required adapting on both our parts.

Now, however, she is a month post-op and starting to feel better. So she is slowly starting to return to doing little things around the house, things she can do one-handed. Things like the daily “putzing”, as she phrases it. That means I am finally getting back into a more normal routine and the muse is, well, confused.

Poor Myrtle. She’s been good while Mom’s been hurt. She hasn’t been hitting me over the head with conflicting stories. In fact, for a while, she was quiet enough I was afraid she’d moved on to someone else. But now, not only is Myrtle back but she is back to her normal evil self.

It apparently isn’t enough that I’ve got two current projects working: the re-edit and expansion of Prey (formerly released as Hunter’s Home) and Nocturnal Revelation, the final book in the current story arc about Mac Santos and company. Oh no. She’s not even satisfied that I have Rattle Them Chains (Skeletons in the Closet 2) and the next Eerie Side of the Tracks book drafted out. It’s not enough I’ve put out the relaunch editions of Hunted and Tracked in the last six weeks.

Nope, Myrtle the Evil Muse had to hit me with this yesterday evening when I should have been writing this post. It is another Eerie Side of the Tracks story. I don’t know where it fits in the story arc already planned. Myrtle doesn’t care about what I have planned. She simply points and laughs at me, telling me she’s been quiet long enough. Since I had worried about her moving on, I guess I ought to be happy. But why do I feel she might be doing her imitation of Granny in Skeletons in the Closet? She’s passed but hasn’t passed on. . . .Not that I want her to pass on but time to finish one project would be appreciated.

Anyway, here’s the very rough draft of what she hit me with yesterday. Hope you enjoy.

I stared into my now empty glass and tapped a finger against its rim. I didn’t look up. I didn’t need to. The bartender knew the quicker he gave me another drink, the bigger his tip would be. Now if I could only figure out how to get him to turn down the music. The twangs of a country-western song I didn’t know and never cared if I heard it again filled the air, as thick as the cigarette smoke that hung in the small bar like a heavy fog. I didn’t care my clothes would reek of the smell come morning. The headache I felt the beginnings of didn’t matter. I was still in Mossy Creek, Texas and much too sober for my liking.

God, why in the hell had I returned?

Oh, I knew the answer, not that it made me feel any better. Nor did the fact I couldn’t talk with anyone about it, not yet at any rate.

Damn it, Mossy Creek was still as big of a mine field as it had been before I moved away.

I looked up, frowning when the bartender didn’t refill my glass. I caught his eye and arched one brow. Then I tapped the rim of the glass again and nodded to where my platinum credit card rested next to the cash register. The message was clear. He either poured me another drink or he closed out my tab. At least then I could go a couple of doors down to the town’s only liquor store. There I could buy a bottle of good whiskey to drink in private, away from the bad music and cigarette smoke and far too many people.

“Pour another. It’s the only way I’m going to get through the night. At least tomorrow I can finally leave this hell hole,” I grumbled as the bartender moved in my direction.

“Don’t you think you’ve had enough?” he asked as lifted my glass and wiped down the bar top in front of me.

I looked at him and shook my head. Then, through the haze of booze and smoke, I smiled. If he wouldn’t serve me another drink, maybe he’d agree to serve me something else. I needed something to distract me and he certainly filled the bill nicely. Tall, broad chest, narrow waist and blue eyes I could fall into. Of course, there was that pesky wedding band on his finger, damn it. No matter how badly I needed something to keep my mind off the fact I once again found myself in Mossy Creek, there were certain rules I didn’t break. Sleeping with a married man was one of them.

“There is never enough to drink where this town’s concerned,” I said. “Now either pour or close me out so I can go somewhere else.”

I bit back a snarl as a hand rested lightly on my shoulder. I knew the voice and I had no doubt who the “we” she spoke of was. Well, too bad. I had no intention of going with them, no matter what they said. If I couldn’t get a drink here, I’d find someplace I could – preferably someplace without “helpful” friends.

I didn’t look behind me. Instead, I waited as Brett – funny, he didn’t look like a Brett – rang up my tab and ran my credit card. A moment later, I scrawled my name across the bottom of the slip, adding a tip that wasn’t nearly as generous as it would have been had he poured me another drink. Then I stood, sliding the card into the front pocket of my jeans. Then, to prove my point, I stared at him for a moment, letting him see I didn’t waver or stagger. Hell, I didn’t even have a buzz on yet. It wasn’t fair. I’d drunk enough to put most people under the table. It would take another couple of drinks to make a dent. That was just one part of what made me “special”, if you want to call it that and, at the moment, I didn’t.

I drew a deep breath and held it for a moment. Then I turned, facing three women around my own age.

That was all. Before they could respond, I pushed past them. I loved them each like sisters. Hell, I’d known two of them my entire life and we’d been as close as sisters growing up. The third had been to Hell and back with me. But, just then, they were the last people I wanted to see. They were why I was back in Mossy Creek and I might never forgive them for it.

“Victoria,” Annie Caldwell said as they followed me outside. “Vic, please. Let us explain.”

They stood shoulder-to-shoulder, a united front. There’d been a time when I would have stood with them. Now they joined forces against me, plotting and planning to make me act against my own wishes. Well, to hell with them and to hell with this town. I wasn’t going to fall for any of it.

“Ladies, take it outside,” Brett said from his place behind the bar.

“Don’t worry. I’m taking it as far away from here as I can.”

With that, I shoved past my so-called friends and stalked outside. I didn’t look back. Instead, I did my best to put some distance between us. I should have realized they’d come looking for me. Well, they’d found me. Now they could go back to their comfortable homes with their comfortable lives and leave me the hell alone.

Halfway across the parking lot, a hand closed around my shoulder. I spun and found myself standing toe-to-toe and almost nose-to-nose with Meg Grissom, Annie’s law partner and sister-in-law. Of the three, she hadn’t grown up in Mossy Creek. But she had been through hell and back with me. Maybe that’s why she stopped me. Annie never had been a fighter and Quinn knew better than to try to take me on in such a mood. But Meg. . . well, she’d seen me in the worse situations most could imagine and foolishly believed she knew how to handle me now.

Myrtle theEvil Muse is back and that sobbing you hear is me. This makes (pauses to count on fingers and possibly toes) six Eerie Side of the Tracks titles in the pipeline, not to mention all the other titles she demands I write. What will she demand today and do I really want to know? I’m starting to feel like I did when my son first learned to walk and talk. I remembered the times I wished for him to reach those important phases and then wondered why. Myrtle is that toddler, demanding attention, wandering off at the worst possible time and grinning because she knows I won’t let her get into too much trouble on her own.

And I wanted to be a writer. VBG