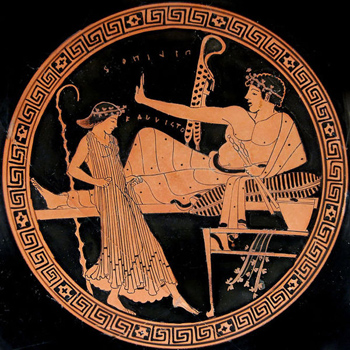 Actually it’s never too late to cut out these associations, but the sooner you recognize them and do so, the less risk you run of getting hurt. Some of them can be damaging to your health, most of them to your career, and all of the ones I list will waste your time.

What? Oh, I’m talking about writers’ groups, of course. Those voluntary associations so many people encourage you to join. Your fellow writers, they say, will cheer you on when you’re experiencing an enthusiasm sag, will warn you if your story seems to be taking a wrong turn, will brainstorm with you over a sticky plot point, and – if necessary, which of course it wouldn’t be for any readers of this blog – gently explain the difference between imply and infer.

Oh, wait. I can take care of that last one right now.

“If I imply then you infer, / But please take care and don’t refer / To Webster’s Third, which may imply / It’s all the same to you and I.”

-shamelessly lifted from author unknown to me. Some time let me tell you about other disastrous decisions made by the editors of the third edition, and why you will have to pry Webster’s Second from my cold dead hands, and… Hey there. Wake up! Oh, all right. Back to writers’ groups.

It’s perfectly true that a good writers’ group will do all the things listed above, and if you find one, hang on to it for as long as it lasts. The trouble with just suggesting “writers’ groups” in general, especially to beginning writers, is that it’s kind of like sending someone out to the forest to live on mushrooms, without even giving them a picture of Amanita phalloides or other nasty specimens.

So here is a brief guide to various types of Killer Writers’ Groups.

These are most frequently encountered in the form of large civic organizations with enough clout to get grants and hire speakers and award prizes. Some of the speakers are even interesting; the group will tout the awards as that vital push that turns you into an overnight success; and if your sucking-up skills are awesome, you may get your mitts on a grant that’s easily large enough to pay for your coffee while you labor on that magnum opus.

Nevertheless, stay away from these groups. Their true stock-in-trade is a subtle, insidious poison that seeps into everything connected with them. You see, the organizers aren’t nearly as interested in helping writers as in collecting dues. And they’re not stupid. Consider two pools of potential dues-payers.

One pool consists of actual working writers – whether they still have day jobs or not – who write every day, devote effort to honing their craft, and think the path to success is paved with good books.

The other consists of people who feel sure that the novel in their heads will be far superior to any of your published books once they actually get it on paper, only first they have to win the lottery and quit the day job, or go to China for two years to do research for that wispy dream of a novel, or be struck by that golden moment of inspiration when everything clicks and writing becomes effortless. And while waiting for whatever miracle they’ve determined to be necessary, they don’t want to write; they want to hang out with people who make them feel like writers.

One guess as to which pool is incomparably larger and will generate an order of magnitude more dues-payers to swell the organization’s coffers.

One more guess as to which pool is likely to want actual useful results for their dues, and which pool will be happy as long as they get to float around the meetings in a cloud of happy talk and reassurance that they really are just as worthy as Mr. Disgusting Success who probably sold his soul for that string of bestsellers.

At best, groups like this will waste a certain amount of your time in meetings before you figure out that you’re not getting much quid for your quo. At worst, they will gradually enervate you, sapping your will to write by pretending that talking about writing is the same as actually doing it, until you too turn into one of those lost souls in search of somebody to make them feel like writers. Quick, before that happens, grab your manuscript and flee!

Every novel deserves serious proofreading and copyediting. But is the first draft the place to start obsessing over punctuation and spelling? Or even the fifth draft, the one you think is good enough to share with the group? Usually not. What you want at this stage is a sense of how the story works. Does it get their interest? Does it move right along, or does it bog down in Chapter 2 where you put that huge infodump? Do readers want to spend time with your characters?

One Copyeditor can be useful in a writers’ group, but a group composed entirely of them is deadly. Unless your manuscript is so riddled with typos and malapropisms as to be virtually unreadable (in which case you should know better than to share it before you’ve cleaned up your work), the Copyeditors have little to offer you. Worse, they can do a great deal of harm if you fall for some of their prescriptions. They tend to grade dialogue by the standards of Strunk and White. If all your characters are really supposed to talk like small-town librarians, fine. Otherwise, get your manuscript back and flee.

The Queen Bee and her Courtiers

This one seems to have a lot going for it. You’ve met several of the writers and they seem like people you’d enjoy spending time with. They are actually writing; their novels-in-progress make noticeable progress. Best of all, Mrs. Success Personified is part of the group, and is willing to share the wisdom she accumulated on her own journey to the top of the lists.

This is great… if true. Sadly, many writers are unable to give a professional critique; instead, they tell you how they would have handled this scene if they were writing it. Sometimes you can learn a lot by listening to the various points of view they bring to the work; sometimes you can’t. I’m not sure this generalization is quite fair, but in my experience the more successful the Queen Bee, the less she  tolerates styles and approaches different from her own. After a few meetings you may notice that most of the drafts shared by the other writers seem rather like pallid copies of Mrs. Success Personified’s favorite work, the one that propelled her to fame and fortune. If you’re lucky, you will get tired of the constant chorus of, “Oh, yes, Mrs. Personified, indeed, Mrs. Personified, how right you are, Mrs. Personified,” before your own manuscript succumbs to the prevailing disease. You will reclaim that draft you passed out for critique and flee.

Writers’ groups specifically dedicated to a particular genre can be quite helpful if you have an ardent desire to write in that genre, love its tropes, and are generally content within the boundaries within which the other members of the group live and work. If the members have a certain amount of flexibility, this may be the perfect home for you. If, however, they are rigid adherents to The Rules, you will recognize monogenremania by the way the other members of the group chorus, “You can’t do That!”

It can be tricky to decide whether “That” is a fatal flaw or simply an original approach; you may actually have screwed up in a way that will get your book walled by the very genre readers you want to attract. One clue lies in what your critics say after “You can’t do That!” If the critique is followed by an explanation of why That will annoy the readers you want, or a suggestion of how you can accomplish That in a way that won’t seem as if you’re trampling on the tropes you love, then maybe you ought to listen. If, however, the chorus of critics gets stuck on variations of their original complaint, such as “I never saw anybody do That before,” or “That differs from the precise pattern I’m used to, and I won’t read it,” or the ever-popular “I just told you, you can’t do That,”… Well, you ought to know by now what to do, right? Retrieve your manuscript and flee.

But It Used to Be Such a Good Group

Writers’ groups, just like art quilters’ groups or embroiderers’ groups or any of the other voluntary groups I’ve been associated with, tend to decay over time. No matter how reasonable the founding members are, unless they are very careful about new members they will inevitably pick up some people who are more interested in power than in the ostensible purpose of the group. These are some of the danger signs to watch out for:

-A new member jumps right in to telling you how to re-organize the group… based on his experience with the PTA.

-Somebody even breathes the words, ‘Robert’s Rules of Order.’

Ignore these signs at your peril, or before you know it, the friendly writers’ group where you all sat in somebody’s living room and passed your work around for critique will be transformed into an unrecognizable monstrosity. You will meet in a restaurant; you will sit in two long lines down a long table so that you can’t talk to anybody except your immediate neighbors; some idiot standing at the head of the table is telling you that you should market your books the same way he markets his widgets; and any manuscript you want to get an outside view on has to be submitted to the Chair of the Critique Committee.

Not being much of a leader myself, I’m not sure whether there’s any way to nip this sort of nonsense in the bud. But I have seen three groups that I used to enjoy destroyed in exactly this manner. Not all the roads to Hell are paved with good intentions; some of them are paved with Robert’s Rules of Order.

Readers, I took my manuscript and fled.