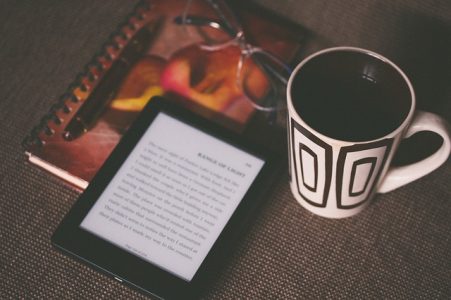 of how out-of-touch much of publishing is when it comes to what their customers want. Arnaud Nourry is a walking, talking example of publishing trying to hold to the old model. Not only does he fail to understand the market but he fails to understand that the market is changing. This attitude hurts not only publishers but also writers and readers.

As you read the Scroll.in article, there can be no doubt where both Nourry and the article’s author stand when it comes to e-books. To start, you have the headline where one thing is made clear: Nourry thinks e-books are “stupid”. Then there’s the author’s own bias when Gill claims Hachette “won against Amazon” with regard to e-book pricing.

Yes, you read that right. The author of the article believes Hachette and, by extension, the other members of the price fixing case won. But that doesn’t fit the narrative. However, that’s not what this post is about. Still, it is important to understand the bias of the author in how the rest of the material is presented.

Normally, I’d have looked at this article and moved on. However, Nourry’s comments about e-books brought me up short.

It’s not that we’re against ebooks. People have to pay a price that is about 40% lower than the print price. And it works. The ebook market has gone down a little bit, not much, from say 25% to 20% in some countries. There is still a readership for ebooks but at a price that keeps the ecosystem alive.

To start, what executive considers a 5% decline in sales “a little bit”? Not many and certainly not when there are so many issues within an industry as there are in publishing. The fact Nourry isn’t more concerned should trouble all of us.

The next consideration is his 40% lower figure and how the price has to keep the “ecosystem alive”. What he doesn’t say here is that he’s talking about the print ecosystem. They are willing to sacrifice e-book sales in order to prop up their traditional sales. That means, whether they want to admit it publicly or not, that they are not committed to the digital market and would very much like for things to go back to the way they were before the turn of the century.

But there is something else to consider here. Nourry makes it clear in the article that he feels it important Hachette sets the price for its e-books. Why? It doesn’t place that same requirement on its print books. If it did, you wouldn’t see Amazon and the other retailers selling the books at a discount. So why don’t they allow the same freedom to discount e-books? The answer is simple. They don’t want to increase the e-book market.

I think the plateau, or rather slight decline, that we’re seeing in the US and UK is not going to reverse. It’s the limit of the ebook format. The ebook is a stupid product. It is exactly the same as print, except it’s electronic. There is no creativity, no enhancement, no real digital experience. We, as publishers, have not done a great job going digital. We’ve tried. We’ve tried enhanced or enriched ebooks – didn’t work. We’ve tried apps, websites with our content – we have one or two successes among a hundred failures. I’m talking about the entire industry. We’ve not done very well.

Think about that for a moment. “The ebook is a stupid product.” The mind boggles. Especially when he continues by saying “there is no creativity, no enhancement, no real digital experience.” What. The. Bleep?

So, using his own arguments, a mass market paperback is stupid because it is the exact same product as the hard cover book. That is stupid and yet it does show where the publisher mindset is. But let’s look at his arguments a bit closer.

No creativity. Of what sort? See, this is where he can say what he wants but, by not giving specifics, it is difficult to critique. The creativity in a book is the text. At least that’s my opinion. So is he saying the books his company publishes have no creativity? Of course now. But the argument against e-books as not being creative sounds sooooo good.

No enhancement. This is where he starts to show his ignorance of the potential, not to mention the reality, of e-books. All you have to do is pick up your Kindle or iPad or whatever you read e-books on to put the lie to this statement. In some cases, you can have the text read to you. You can click on a work and look it up without having to leave your reading app. You can make notes — and see notes others have made. For those Kindle books with X-Ray enabled, you can see character descriptions, etc. But there’s no enhancement.

Now, he does admit publishers haven’t done a “great” job moving into the digital arena. He notes they’ve tried “enhanced” e-books and they failed. What he, and others like him, fail to understand is that readers don’t want the “enhanced” experience in every type of book. If I’m reading fiction, I don’t want the flow of the story interrupted because I accidentally touched something and suddenly I have a video playing.

Then there’s the fact they tried these so-called enhanced e-books at a time when most folks were reading their books on e-ink devices and not on tablets or their phones. e-ink devices didn’t do the enhanced versions. Nor were people wanting to pay the increased price for those versions. It was a potentially good idea that came too soon into the move to e-books.

“We’ve tried apps and websites. . . .” Another indication they don’t understand their customer base. People don’t tend to go to publisher sites to buy their books, print or digital (Baen being one of the exceptions). They go to Amazon or BN or elsewhere. So focusing on a publisher site/app to sell books is not only foolish, it is a waste of money. That is especially true if they aren’t taking the time and spending money to educate the buying public that there is now a new source for their books.

So, even as he admits publishers failed, he doesn’t retract his comments that e-books are stupid, etc. So it really is all the fault of e-books that their efforts failed. (rolls eyes)

I’m convinced there is something we can invent using our content and digital properties beyond ebooks but I reached the conclusion that we don’t really have the skills and talents in our companies because publishers and editors are accustomed to picking a manuscript and creating a design on a flat page.

So here’s the first problem. He doesn’t view e-books as books. He doesn’t get that most people buying an e-book want to read a book. They don’t want something else. The e-book is the format they prefer. That said, if he thinks the problem publishers are facing is that they don’t have employees who have the vision to move beyond the flat page, then hire them. There are any number of graphic designers, etc., who understand the digital world. Editors don’t have to and shouldn’t have to. Their job isn’t the production end — it is the acquisition and preparation of the manuscript only.

So we acquired three video game companies in the last two years to attract talent from different industries and see how we can nurture one another and how we can go beyond the ebook on digital. We need to offer different experiences to our consumers.

Here is another telling statement. He wants to stay in the digital world, just not with e-books. He wants to move into gaming, etc. So where does that leave his readership who prefer e-books? Potentially out in the cold — except it doesn’t. He is forgetting, as so many in trad publishing do, that there is a flourishing indie and small press world out there with authors who are writing books people want to read. Oops.

Nourry’s comments are indicative of what is wrong with the publishing industry, not just with regard to publishers but with regard to bookstores as well. They failed to adapt quickly or well to e-books and found themselves behind the eight ball. Instead of embracing the new technology, they continue to fight it. They ignore anything except their Bookscan numbers. They do their best to discount the fact indie authors and small press authors can and do make enough to live off of — or to at least quit their second jobs. That means we are writing books people want to read and most of those sales come from e-books.

Like BN, instead of taking a hard look at their business model and adapting it to the changes, they cling to the old model. They add new products that aren’t book related and muddle their brand as a result. They see the e-book market as slowing, if not decreasing, simply because that is what’s going on with their own products. They need to pull their heads out of their collective butts and look around.

In many ways, this interview reminds me of one I read with the head of one of the Big 5 early into the e-book revolution. At that time, the CEO not only dismissed e-books as a passing fad but he said writers were like cogs, disposable and easily replaced. Not long after that, his house started releasing mid-list authors and the subsequent drop in profits dumbfounded them all.

All I can say is Nourry doesn’t understand his market, especially not his U.S. market. That’s a shame because there are a number of authors, not to mention readers, who will suffer for his ignorance.

A bit of promo now. Light Magic, the second novel in the Eerie Side of the Tracks series, is available for pre-order. Release date is one week from today.

When Meg Sheridan arrived in Mossy Creek, Texas, she had one goal in mind: to fulfill her mother’s dying wish. Now, less than a month after burying her mother, all Meg knows about the town is that it has always been a haven for the Others, even before they made their existence known to the world. As an Other herself, that should reassure Meg. Instead, it raises more questions than it answers. More than that, she has one very large problem. She doesn’t know why her mother wanted her to come to Mossy Creek. Worse, she soon learns not everyone is willing to welcome her with open arms.

Faced with the daunting task of discovering not only why her mother sent her to Mossy Creek but also with uncovering why her mother fled there years before, Meg is determined to find the truth. Along the way, she discovers something else. Even in death, her mother is looking out for her – if Meg will let her.

And if she will accept the friendship and love of those who knew her mother all those years ago.

But danger awaits her as well. Secrets decades old and resentments going back generations seethe just below the surface. Do those secrets have anything to do with why Meg’s mother wanted her to come to town? Will discovering them help her understand why her mother fled Mossy Creek so long ago?

Or will they lead to something much more sinister. . . and deadly?