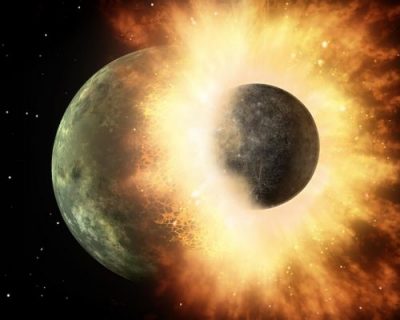 Last week, I wrote a post about some of the problems the publishing industry, specifically traditional publishing, currently faced. There was nothing new. The Twitter mob screaming howls of outrage, the traditional houses having to figure out how to deal with the fact their corporate offices are mainly populated by whites, etc. There is a related problem to all this that we, as writers, need to be aware of. It’s a problem that has several important facets. One we as writers can deal with by simply being aware of what we’re writing. The second isn’t quite as easily dealt with.

The first is quite simple. We need to be aware of what we are writing. Who our characters are. How do we present them to our readers.

I know, I know. I can hear you guys now saying something along the lines of, “But, Amanda, we know who our characters are. So what are you saying?”

I’ll be honest. I felt the same way until this past weekend. That’s when I had a discussion with several fellow writers about the controversy surrounding “American Dirt” by Jeanine Cummins. One of those present for the discussion stated they didn’t need to worry because they never write stories where the main characters could be viewed as being of a different background/ethnicity/whatever than they are. While I understood what the writer was saying, the truth of the matter was they were wrong. They are currently working a book where the main characters, both of them, as of an Hispanic background. When this was pointed out, the writer looked gobsmacked. It was very clear they had never given any thought to anything beyond the setting and making sure the names of the characters fit the setting.

The discussion then turned to books the rest of us had written. One of those present pointed out I have a main character in a series with a very Hispanic surname. I’ll admit, I had a moment of pause. No, not because I hadn’t realized it. How could I forget Mackenzie Santos? But in this day and age of perpetual butt hurt, I’d be a fool not to pause for a moment to consider how I’d handled her background and how she appears to the reader. I also realized that I modeled her without realizing it on someone I know, someone who can trace her background back to early Spanish settlers in Texas but how also has roots in Ireland, Germany and Scotland. My friend considers herself a bit of a mutt, sort like Mac does. And, like Mac, she speaks English but knows enough Spanish and Gaelic to be able to cuss and order coffee or ask where the bathroom is.

And that led me to the second thing we need to keep in mind when considering how to “cast” our characters. If we choose to have a main character, or any character really, who is different from ourselves, we need to be ready to face possible condemnation for it. That means growing a thick skin. After all, no one wants to hear their baby is ugly. Nor do we want to be attacked for appropriating someone’s culture. Then there’s the whole “you can’t understand what we go through” sort of argument that often comes up.

While you shouldn’t be pushing stereotypes, unless the character calls for it, no one should be prevented from writing a character simply because the author isn’t share the same background, sex, sexual preference, etc. If that were the case, no man would ever be allowed to write a female lead or vice versa. No straight could write a gay or bi or trans character. No normal could write paranormal (okay, I made that one up).

There are all sorts of possible solutions being bandied about by those on social media and writing in the trade rags for this “problem”. They range from the “never buy a book by a white cismale”–and fortunately those are the minority–to don’t write about cultures you aren’t part of to demanding publishing houses become more diverse. That is not just in what books they are publishing and what authors they are buying but in the makeup of their staffs.

In short, it is a mine field to navigate if you are a writer who wants a career in traditional publishing. You have to worry about more than just the quality of your work.

By going indie, you take at large part of the mine field out of play. But you will still have the naysayers who will condemn your work because you don’t fit whatever mold the reader has in their mind. I had that happen not long ago when someone condemned “Sam Schall” for writing a female lead. After all, how could a man write a woman main character? This person didn’t bother looking at the Amazon page where my name is right there next to Sam’s. They didn’t look at the copyright for the book, which is in my name. They didn’t even consider the fact “Sam” could have been a nickname for “Samantha”. They simply saw a male name with a female lead and jumped to conclusions.

I laughed it off and thanked the fan who corrected the critic. But it made me think about how quickly some folks will jump to conclusions about your work based on factors that have nothing to do with the quality of your writing. This is why you develop a thick skin, only respond to them when necessary and even then you do so in a professional manner and you get your best revenge by writing well and selling book.

After all, it isn’t the publishers and agents who determine the success of an indie author. It isn’t the random critic who decides to take a dislike to your work for some external factor. It is the quality of your work, whether you are writing books readers want to read and how well you promote yourself. But, you must be aware of what you are writing. Who are your characters? How are you presenting them to your readers? Are they believable or are they nothing but cardboard cut-outs? You have the hard work but you can do it. . . with a little work.