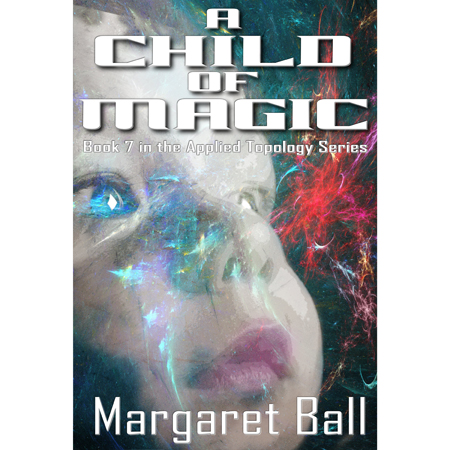 Okay; the first question is rhetorical, the second is trivia, I’d welcome an answer to the third, but the last one, of course, is where I’d be truly grateful for insights from the community of indie authors. I’ve just released the ebook of the 7th Applied Topology book, A Child of Magic, and I’m doing the usual waltz-with-an-elephant routine to get the paperback version accepted. It may go a little faster this time because, thanks to Amanda’s extremely helpful posts on formatting for publication, I did the formatting myself in one day rather than waiting a week and politely nudging the commercial formatting service I used for previous books. (Then again… I may have totally screwed it up. We shall see.)

But it hasn’t been a pleasant day’s work, and the process of reconciling the paperback cover with KDP’s requirements is still to come; no matter how carefully we go over the calculations, it usually takes several rounds of emails bouncing from KDP to me to Cedar before they accept the image. And I’m beginning to wonder: Is this trip really necessary?

My first 12 indie books were released in both e-book and paperback format. Paperbacks accounted for less than 2% of sales; given that my KULL income is close to equaling my sales income, the contribution of the paperbacks to the whole is negligible.

Why am I bothering? Everybody I know reads the e-book (if they read anything at all.) I have no particular emotional need for a dead-tree version of each book; the bookshelf dedicated to my published books is already overflowing. I don’t think the existence of a paperback version is really a deciding factor among my readers (“Oh, look, there’s a hard copy version; I guess she’s a Real Writer! I’ll buy the ebook right now!”) So… what exactly is the point of the exercise? What am I missing?