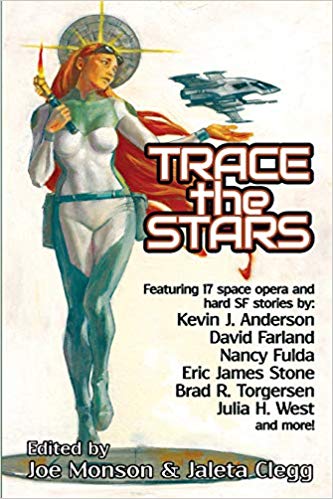 This is a guest post from the friendly and talented Joe Monson. I had asked a couple of people I know who had managed anthologies, and Joe got back to me with the following post. Hopefully it will be helpful if any of you are considering herding cat… er, putting together an anthology!

Taking Out a Contract

I’m fairly new to the writing and editing scene. At the time of writing this, I have only one published short story and one published anthology (as co-editor) to my name (though a couple are out for consideration by editors and publishers). So, I can’t say that I have years or decades of experience to my name.

That said, I have participated on the con-running side of reading and writing fandom since the very late 1980s, and I have hundreds of author and editor friends, some of whom have been in the business since the 1950s and 1960s. We talk about all sorts of things, including contracts and working with authors and editors. So, when I decided to take the plunge and become involved in writing and editing myself, I had a lot of those conversations rattling around in my head.

Having heard a number of horror stories regarding contracts signed—but not completely understood—by some of my friends, I wanted to avoid that myself. When I decided to start putting out anthologies, I wanted to make sure I wasn’t ever the topic of negative conversation regarding the content of my contracts, too. So, I did a little research.

I found excellent resources in the many posts on the topic by Kristine Kathryn Rusch. She posts regularly on the topic on her blog, and she has been in the industry—as both a writer and an editor—since the late 1980s. I could spend pages pointing out all the different insights she’s shared over the years, but I’ll let you do that yourself. Needless to say, she is a wonderful resource.

An archived post from SFWA provided another resource I used when writing my contracts, including an excellent suggested contract template posted by Dean Lambe in the 1989 SFWA Bulletin. It was reposted on a GEnie bulletin board in 1993 by Michael Armstrong. It contains a basic framework, enough to provide a good start for a good, balanced contract that will work well for the editor, the publisher, and the author.

In addition to the above two resources, I tapped into another great one: all my author and editor friends. They had thousands of contracts signed among them, and several of them provided samples of actual contracts they’d signed with various publishers and editors. These provided insight into various ways of phrasing, examples of things I didn’t want to do, and more.

If you are planning to edit an anthology, and if the publisher doesn’t provide their own contract for you to use, I highly recommend spending the time to do the research necessary to create a solid contract that benefits in a balanced way everyone involved: the author, the editor, and the publisher.

The whole point of any contract is to protect the interested parties. It should (though often isn’t, so be sure to read every contract every time) be balanced in its approach, listing out clearly what is included under the terms of the contract, and what is not. It should be very clear how long the contract is in force. Use plain English when writing the contract. In some locations, contracts are legally required to be written in plain English. Confusing legalese only benefits the attorneys, and cases can and have been made that people have tried to deliberately mislead others using such confusing language. Your grandma should be able to read it and understand it, with very little explanation.

An author or editor should never be scared of asking for clarification about a contract. Yes, most places have standard boilerplate contracts that are modified slightly for each instance. That doesn’t mean they can’t be modified further based on discussion between the interested parties. If you don’t like a particular phrase or section, express your concern, suggest an alternative, and ask for it to be changed. Reasonable publishers and editors will be willing to work with you, in many cases. Not everything can be changed, but many things can be negotiated. Contracts should be mutually agreeable, which means both sides need to be willing to compromise on most things. Make sure any contract you sign is as beneficial to you as it is to the other party.

Never be afraid to walk away. If a particular point is not negotiable for you, tell the other party what it is and why you are not willing to negotiate on that point. Point out all the other ways you are willing to negotiate. If they see you giving on one point, they are often more willing to give on another. If you’re unable to come to an agreement, walk away. There is always another venue for your story or anthology idea. However, make sure the non-negotiable points are really important to you, and that you aren’t being unreasonable in refusing to negotiate them. Learn to compromise in all the right places, places that will be beneficial in the long run.

Joe Monson loves reading and books. He has worked at a plethora of jobs through the years. He currently translates and edits Engineer into English by day and expands the accessible knowledge of the world by night. His first anthology, Trace the Stars (co-edited with Jaleta Clegg), was released in February 2019. A Dragon and Her Girl, an adventure fantasy anthology also co-edited with Clegg, comes out in February 2020. He collects science fiction and fantasy art, but not as much as Paul (as if that was even possible). He lives in the tops of the mountains with his wife, two children, and their pet library. Learn more at joemonson.com.