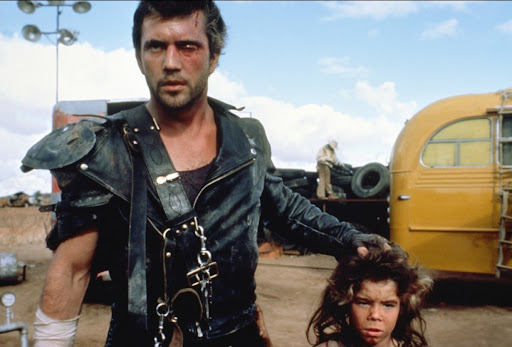 Spotted yet another internet apologia explaining why it’s okay if female protagonists don’t have to work for their powers, wins, abilities, victories, et cetera. Stuff like this always makes my eye twitch because in my opinion the gender of the protagonist is immaterial. It’s not like Warrant Officer Ellen Ripley was birthed onto the screen wholly ready and unafraid to defeat the alien menace. Quite the contrary. Ripley saw her whole crew picked off one-by-one by the horrific xenomorph, almost died herself, lost 60+ years (and her only daughter) to the sea of space, suffered crippling PTSD and nightmares, had to be talked into returning to the scene of the crime against her fears, and ultimately only ever stayed half a step from disaster — and she knew it, too. But she did what had to be done anyway, for herself, and for Newt. And that’s an amazing story in two movies.

But people keep trying to defend Rey and Danvers and other 21st century “feminist” heroines who never experience sufficient suffering to achieve their wins, but are instead divinely gifted/crafted to simply be amazing and capable without ever having to work and labor for their skill/power, to say nothing of enduring defeat and humiliation.

Ripley didn’t beat the alien in Alien as much as she escaped (narrowly) from it. This is why her PTSD is so bad. Having come so close to death, and seen the creature kill others, her subconscious knows she fled the threat more than faced it.

And so, with Aliens, we’re given the treat of seeing Ellen Ripley return and stand up to the nightmare — and win. Much like Luke returning from the ass-beating he received in The Empire Strikes Back, to defeat Vader in Return of the Jedi.

This kind of salvation motif is integral to quality heroic journeys.

Consider the classic Mad Max 2, released in the United States as The Road Warrior. Max is a capable survivor — we’re given to understand — but he’s a haunted and broken soul. In the prologue of the film we grasp that the post-holocaust Outback has taken everything from him which he considered worthwhile, and now he drifts through life scrounging what he can when he can, and not giving much credence to higher moral objectives.

Stumbling across the survivors who’ve rallied around their solitary wellhead, Max is gradually forced into a situation where caring about other people is back on the table. He cannot simply shut himself off from humanity. Not from the exhortations and upbraiding of Papagalo. Not from his would-be friend, the Gyro Captain. And not from the Feral Kid who looks up to Max, and whom Max feels the most misgiving about because the Feral Kid is the most innocent — and therefore, the most dangerous to Max’s protective shell of cynicism.

Therefore Max’s journey does not begin with Max confidently entering The Humungus’s domain and putting down The Humungus’s men. Max stumbles into trouble, and keeps stumbling into trouble the further the story evolves. Ultimately, Max is done in by his own desire to flee what’s happening to him. He loses almost everything he has left: his vehicle, his dog, and nearly his life. Then, half-crippled, and realizing he owes both the Gyro Captain and Papagalo for saving his life, Max agrees to embark upon a harrowing road chase which leaves only himself and the Feral Kid standing at the end — and then, just barely. Because never has Max’s victory been certain. Nor, do we realize as Max filters the red sand through his fingers, does this victory come without cost.

It’s a heck of an arc. Powerful, because Max is steered by events — and his conscience — to go against his instincts for self-preservation. In so doing, he ensures (we learn at the end of the film) a better life for the Feral Kid, and all the other survivors of the wellhead troupe. But not necessarily for himself, you see. Again, the victory comes at a cost. Like Moses, Max is denied the promised land. Even if his heroism in the service of others has elevated him spiritually from the place in which he dwelled at the beginning of the movie.

This is ultimately what’s missing from too many female heroines written since the year 2000. They pay no price for their victories, nor do they much have to suffer for their arcs. Indeed, we are lectured — by those with Woke chips on their shoulders — that women are amazing and awesome simply for being women. Which is a wholly preposterous idea if one understands human nature even dimly. Women are not born saints. They are as fallible as the other half of the species, and theirs is no special creation — no, not even the Lord taking Adam’s rib.

But really, the lesson applies to any story, not just Woke fairytales about female superiority.

The hero or heroine who doesn’t have to put sweat and blood equity into his or her arc, isn’t much of a hero nor heroine. The degree to which (s)he suffers and fails, is the degree to which the victorie(s) become savory. The more punishment the hero/heroine must endure, as well as mistakes and missteps, the more satisfying it becomes seeing them ultimately out-do themselves. Rise above. Master that which once utterly defeated them. No dispensations. The protagonist digs it out. Often despite his/her worst instincts and flaws.

If heroism were natural to the human being — as a creature — it would not be so noteworthy as to inform all our great legends, myths, and storytelling. But because heroism is not the norm (cowardice is, sadly, the norm) we recognize and extoll it. Even in this Woke age, when cowardice has been elevated to the status of iron-clad virtue. Some part of us still recognizes the fraud of the assertion. Hence, the fraudulence of a Rey, a Danvers, or any other super-capable, super-competent, otherwise elevated-above character who sails through a story defeating that which must be defeated, and never having to be struck down, humiliated, dragged through the dirt, or heaven forbid, forced to admit that (s)he could afford to change — on the inside.

Max isn’t the same man at the end of The Road Warrior. We know it the instant he smiles at the Gyro Captain. Max has grudgingly found a badly-missing piece of himself. And people worth caring about, even if he won’t be joining them.

Characters who remain untouched by events — however dramatic or climactic — tend to be boring characters. Who among us can endure even a smidgen of what some of our favorite characters endure, and remain the same people at the end of it, as we were at the start? Most of us endure trials far less harrowing, and come away far more marked-up by the event, than is too often shown in certain flavors of stories.

Work, toil, failure, and suffering are the building blocks of eventual wins. Wins your audience will give a damn about.

Think of the failures and pain as the seasoning on your grilled steak. Because BBQ steak without seasoning isn’t nearly as mouthwatering nor delicious as BBQ steak with seasoning. The trials and errors to which you subject your characters are that seasoning. Don’t go sparingly! Being put through hell and emerging wiser, more hardened, more capable, and more understanding, is essential to any developing character(s) which your audience will remember long after they’ve turned the final page.