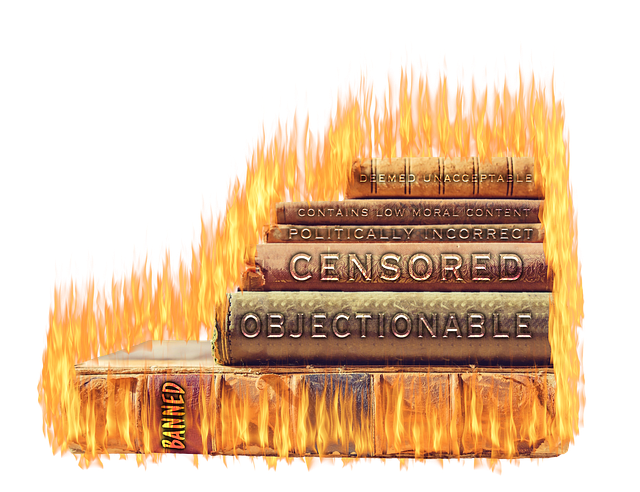 Life is still up in the air here in my small corner of the Lone Star State. Because of that, I find myself coming up for air with less frequency as real life demands on my time increase. But come up I did this morning. So I went looking for inspiration and came across this article about publishing. To say it doesn’t mince words about the industry is putting it mildly–and it echoes much of what we’ve said here at MGC for some time.

The article starts with a flashback seven years or so to when Amazon was doing battle with the major players over, you guessed it, money. At that time, these traditional publishers kept telling us how they were right and Amazon was wrong because “publishing was a crucial industry for the nation’s cultural and intellectual life.”

These same folks claimed that publishers took chances thousands of times of years on “unknown authors”, giving them money to write, etc. Now, I don’t know about you, but I have been on this earth for a number of years and the only place I see “thousands” of unknown authors being given a chance every year is through Amazon and its KDP program. I sure as hell don’t remember any traditional publisher, together or individually, giving anywhere close to that number of unknown authors a chance each year.

From the linked article:

This is more or less the story that publishers have told about themselves for decades. Publishers take chances, they nurture talent, they’re constantly on the hunt not just for marketable books, but for ideas. The industry is, by extension, one of the most important protectors of speech in the country. It doesn’t matter what the idea is or who it comes from, as long as it’s bold and original.

This may be what the industry is telling itself–and us–but is it really the protector of speech in this country?

The answer, and it is a resounding one, is “NO!”. At least not free speech. In fact, not any speech unless it fits what the publisher–or, more exactly right now, its employees–approve. How many books have been canceled because a group of employees demanded it because the author didn’t meet their vision of being woke enough or liberal enough or whatever? The linked article gives several examples. We’ve written about others here on MGC.

In many ways, traditional publishing has fallen into the same role as the mainstream media. Instead of encouraging a variety of ideas, it sees itself as being the “informer” and “enforcer” for the industry. It wasn’t to “educate” people instead of entertain. Now, don’t get me wrong. I love a good non-fiction book. I want to be educated when I read one. But there is a difference between education and indoctrination.

I have to wonder why a publisher would refuse to publish a book–one that would make money for them–simply because they feel the author’s politics are controversial. How are we to learn not to make certain mistakes or to move forward if we erase those “controversial” views from our libraries?

Then there’s the very natural human response of wanting to do or see or read something simply because it is forbidden. How many of us as kids, or even as adults, have searched out books or graphic novels or movies or anything else simply because someone told us we can’t read or watch them?

Now we have a group of publishing employees demanding their bosses not publish anything written by pretty much anyone who served in the Trump administration. If that’s not bad enough, they also demand anyone who challenges the validity of the last election not be given a publishing contract. There are even those who don’t want people who don’t buy into the Covid-19 government theory or into climate change be denied publishing contracts.

That’s bad enough. They are trying to control the industry in such a way that only their approved messages are allowed. What’s worse, they aren’t limiting these demands. These self-important whiners want to make it impossible for someone who served in the Trump Administration to publish anything–it doesn’t have to do with politics, their time in office, etc. These bad think people could be writing a children’s book playing baseball for the first time but their exposure to Orange Mad Bad is enough to prevent them from publishing what might be an excellent book.

But there is hope. It is dim right now, but there is a flicker out there in the darkness.

Simon & Schuster is set to publish a book by former-Vice President Mike Pence. Of course, certain folks at the publisher demanded he be canceled. But S&S CEO Jonathan Karp refused, saying this:

As a publisher in this polarized era, we have experienced outrage from both sides of the political divide and from different constituencies and groups,” Karp wrote in an email responding to an open letter signed by about 15 percent of the publisher’s staff protesting the Pence deal. “But we come to work each day to publish, not cancel, which is the most extreme decision a publisher can make, and one that runs counter to the very core of our mission to publish a diversity of voices and perspectives. We will, therefore, proceed in our publishing agreement with Vice President Mike Pence.”

All I can say is good for Karp. He is acting not only like a responsible businessman but as someone who remembers what publishing is there to do. It isn’t there to become an echo chamber. If publishing is there to educate, it should give us a variety of differing opinions. It shouldn’t give in to the demands of a few disgruntled employees who believe their political or social views outweighs the business demands of the company or the public’s right to see all sides of an issue.

Now the big question is if Karp will wind up being “canceled” or if this will be a turning point for the industry or just a flash in the pan. I’m not holding my breath.

Featured image by Prettysleepy from Pixabay