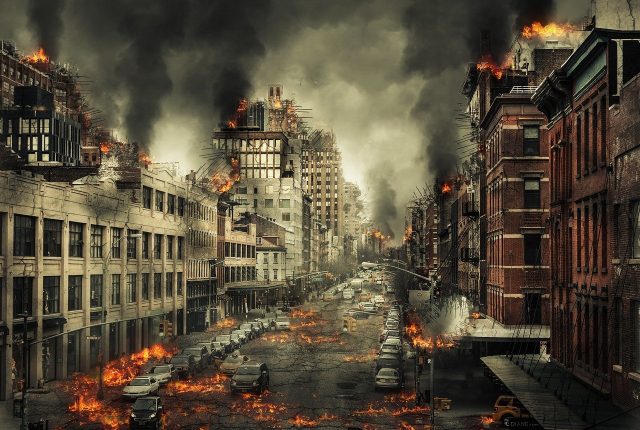 This must be the week of WTF? sort of stories concerning tradiitional publishing. Yesterday, I blogged about how the Association of American Publishers (AAP) was soooo looking forward to “collaborating” with the new Administration to help bring us all to “enlightened understanding”. Then as I sat down to write this post, I find this at The Passive Voice. According to an article first published in the SFWA Bulletin, publishing has a “New York problem”.

If you’re like me, you read that and went “Duh!”. Traditional publishing has had a NY problem for years. Decades. But not in the manner the author of the article, Karintha Parker, means.

I’ll admit, she had me rolling on the floor with her very first line.

Like so many others connected to this [small-yet-all-consuming] publishing industry, books were my first love.

While I completely identify with books being a first love, the opening of the sentence had me rolling. To start, can’t you just imagine all the publishing execs–not to mention all the others in the industry who’ve swallowed the pill–screaming in outrage to have anyone call publishing a “small” industry? True, it doesn’t have the numbers it once did, either in employees or in number of large publishing houses. But a few houses basically control the industry, at least the traditional end of it, and look at how many businesses would potentially fail if even one of those houses were to shut their doors.

But I kept reading. After all, PG excerpted large portions of the article before staring into his own comments about it.

Still in the opening paragraph:

But lovely as books are, the publishing machine is flawed, as all things are (as this op-ed likely is). Evidence of this creeps up in the corners of the internet from sources brave enough to give voice to their frustrations, in the private DMs and group chats where authors, publishing professionals, and readers alike sound off to avoid the disaster of blasting their grievances on front street.

And therein lies the problem, not just with the industry but with this article. First, there are still too many “in the industry” who are afraid to voice their dissatisfaction. They suffer publishing’s version of the Stockholm Syndrome. They have been told for so long that if they rock the boat, they will be blackballed and will never work in the industry again. Here’s the thing: “the industry” isn’t the all-powerful monolith it once was. There are any number of small to mid-sized presses who are more than glad to take in an author (or editor, etc) who has become disillusioned with the large houses. They won’t care if you’ve voiced that dissatisfaction–as long as you’ve done so in a professional way and not acting like some kind of loon who went off their meds. You can find work out there. It just won’t be as “pretigious” as working for one of the Big 5.

(Okay, pardon me while I laugh for a moment.)

But there’s another problem with the statement. It completely ignores the fact that trad publishing isn’t the only arm of the industry. Mind you, that’s not uncommon. Many of those involved in what we now look at as trad publishing turn a blind eye to indie publishing and would really like it if we’d all go away. After all, we haven’t paid our dues. We write too fast. We write dreck instead of meaningful works that will bring “enlightened understanding” and unity to our nation. And–gasp–we don’t charge nearly enough for our work.

And here’s the thing for those of you “in the industry”: you aren”t shackled to those jobs. You can still do what you love if you break free of the traditional chain and go out on your own (or with a small to mid-sized press). We need editors, especially qualified structural editors. We need cover artists. We need marketing help.

Gawd, do we need help with marketing and promo.

Here’s another secret, we’ll pay for it.

And, to answer one of the complaints the OP has about publishing’s “NY problem”, we won’t demand you live in the Big Apple. There is a secret we’ve learned as indies. You don’t have to live in New York–or San Fran or any other particular city or state–in order to do your job. As long as you have a working computer and an internet connection, you can work.

But you have to break out of the NY publishing state of mind.

Starting with dropping the social justice lingo and the demands that every book meet the artificial checklist trad publishing has been forcing on authors and readers. As a contractor, you don’t have to take a job. Don’t like an author’s politics? Don’t work with them. Don’t like the book? You don’t have to accept the job. There are tens, if not hundreds or even thousands of other authors out there wanting your services.

The OP actually believes trad publishing is adapting to these Covid times and will carry these practices over once we are past this “new normal”.

In combination with the usual virtual practices of curating social media platforms, hosting online giveaways, and distributing both mailed and digital advance copies to readers and reviewers, publishing houses are finding ways to generate content that promotes books in socially-distanced ways. They are looking to virtual events, from guest appearances to Zoom launch parties (although, based on recent incidents, there’s some major racist kinks to be ironed out there), pre-signed books, and features in book boxes and giveaways in place of attendance at book fairs and tradeshows. In a recent article in Forbes, Brett Cohen, President and Publisher of Quirk Books, outlined what his team is doing to counteract the change in promotion. Among other things, Cohen discussed how Quirk Books, which publishes unconventional books out of Philadelphia, instituted a weekly theme where authors discuss their books and offered resources to entice purchases, including reading guides and downloadable kits.

I’ll let you read the rest of the article. But, to me, it comes down to this. Traditional publishing has a problem but it isn’t a “New York” problem. It is a problem of knowing their audiences, of understanding they aren’t here to work hand-in-hand with the government to indoctrinate readers, it isn’t to remain faithful to an archaic business system that is dying due to changes in reader expectations, technology and delivery methods.

Passive Guy ultimately asks the most important question every creative should be asking:

PG wonders what all these remote publisher people do, exactly, to justify their taking the large majority of the revenue earned by the book the author created?

I guess we should applaud SFWA for publishing a piece that is supposedly critical of trad publishing but let’s face it. This was a soft piece. It didn’t go to the heart of what ails the industry. It didn’t offer any long-term solutions. Instead, it “criticized” while still none-too-subtly pointing out how traditional publishing is essential (in their eyes, not mine).

What do you think? Does publshing have a “New York” problem or is it something else, something deeper and more fundamental?

48 thoughts on “Publishing Has a Problem. Who Knew?”