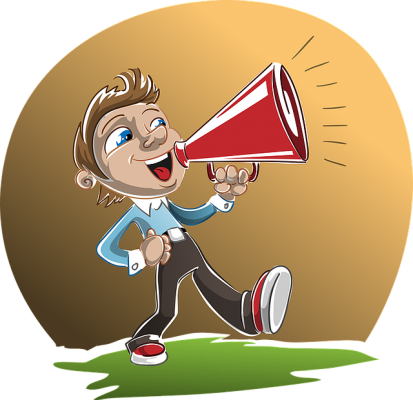 Well, I did it. I kept to my schedule and A Magical Portent is live on Amazon as an ebook. The print version is coming. I have learned to wait until just before the ebook goes live before pressing the final button on the print version. I didn’t wait once and the print book went live several days before the book and it took forever to get the two versions to link back to one another.

A Magical Portent is the immediate sequel to Rogue’s Magic.

I had a blast writing this novella. Yeah, I know. I groused some about it because I hadn’t really planned on it being written so soon. But Myrtle the Evil Muse was right. It needed to come out now. It finishes the set up for the next full-length book as well as setting the stage for the final showdown (or is it the final showdown) that will take place in the book following that.

I fed Pride an apple slice and turned to Jimmy once again. As I did, the Earth pitched. My stomach dropped and time seemed to stand still. Pain and fear washed over me, so strong I looked around for the source. Nothing looked out of place and yet something was wrong, very wrong. But what?

Without a word, I tossed Pride’s reins to Jimmy and took off at a run for the main house. If anything had happened to Miss Serena. . ..

As I vaulted the three-rail fence running along the drive leading to the house, my cellphone came to life. Three different ringtones sounded one after the other: Annie, Meg and Quinn. But it was the fourth ringtone that had me digging into my back pocket even as I tried not to break stride.

“Please tell me you know what the hell’s going on.”

Hey, I told you it was short. Also, because I’ve been taking lessons on being evil from Myrtle the Evil Muse, I’m not saying where in the novella this falls or who is involved.

Now, for a few thoughts on something else. Like many folks these days, I have little use for what passes for comedy on TV these days. When you have so-called comedians who think they are newsreaders and reporters who think they are entertainers, why watch? Usually, when the TV’s on, Mom is watching either some reality show (ie Dancing with the Stars, Survivor, etc.). I put in an earbud–have to leave one out to be able to hear her if she says anything–and I either game or listen to music as I write.

Last night was different. Our local PBS station has been broadcasting the original Carol Burnett Show. No commercials, no breaks for pledge drives, nothing but Carol, Vicki Lawrence, Harvey Korman, Tim Conway and more. Last night we watched an episode I recorded a couple of days ago. OMG, what I wouldn’t give for something that made me laugh so much today.

For one, there were no political jokes. There was plenty of sexual innuendo, some of it scripted but most not. But none of it was done in anything but good-natured fun. And let’s face it, few were better at it than guest star Ethel Merman. She might not be the best singer, but her timing with a zinger was impecable.

Then there was the one sketch Harvey Korman and Tim Conway did that never fails to send me into hysterics. Mind you, I can’t think of a single sketch that doesn’t bring a laugh. But this ranks in the top two from the show, in my opinion. Specifically, it’s the dentist scene.

Now, for those of you too young to remember the show, much less this particular sketch, Tim Conway made it his goal in life to crack Harvey up during their scenes together. According to Tim and others, this is the one scene where he far exceeded even his goals. He got to Harvey badly enough that he not only was hard put not to guffaw but he actually peed his pants.

I dare you to watch and not laugh, even if it is only at Harvey trying not to laugh.

Yes, it’s physical comedy. Yes, it’s decades old. But it is still funny, which is more than I can say about 99% of what’s on TV or in the movies these days.

And, in this day of Covid and elections, etc., it was really good to laugh.

But now it’s back to work. I’ve spent the last few days finishing the final draft of Cat’s Paw. The novella has changed some from how I initially had it planned in my head. But I think it works. I hope it works. I’ll be sending it out to beta readers next week for their input. I’ve also been working on the world building for the next story arc in the series. Mac and her friends are finding the world has more secrets than they thought–both mundane and arcane. Those secrets and the changes they bring will play a role in the upcoming books.

Of course, I’m fighting when Myrtle the Evil Muse (when am I not?) because she wants to start dictating a series of stories set in the same universe but in the future some 20 or so years. These stories focus not on Mac and her friends but on the next generation. And, let me tell you, Myrtle is being very insistent. So it is now a battle of wills to see who wins.

(I keep telling her I’m the one with the fingers that make the keys on the laptop move and put words to paper. She then counters that she’s the one with the words. So we’re moving toward an impasse, mainly because she’s a stubborn bitch. VBEG)

For now, go check out

A Magical Portent. You’d be doing me a huge favor if, after you read it, you left a review. Those really are the best form of promotion an author has.

Now it’s time to get back to work. Until later!