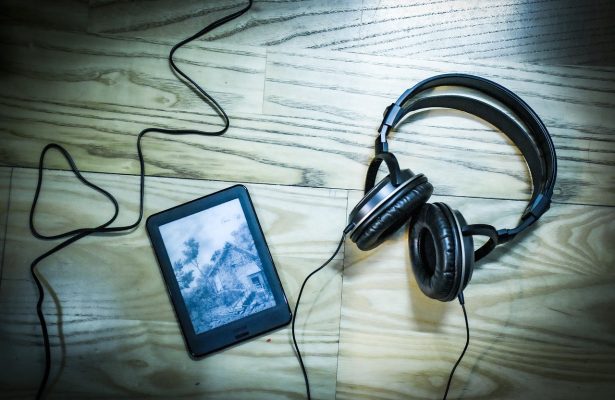 This isn’t the post I was going to write this morning. I had it all planned out. Then I made the mistake of dropping by The Passive Voice and one of the stories there caught my eye. Okay, it did more than that. It had me beating my head against the wall. Not because of the content but because of how it the data it referenced will be interpreted by traditional publishing. In other words, like politicians, they will twist and turn the data until it meets their preconcieved notions and writers and readers will be the losers.

For years, those of us here at MGC have written about the inequities in the royalty system traditional publishing employs, especially when it comes to e-books. There is no reason the percentage earned by authors shouldn’t be higher–much higher–than trad pubilshers are willing to give. Just as there is no reason, other than to choke the market, for e-books to cost as much as they do. Most folks will pay $4.99 for an e-book without batting an eye. There are authors they will pay $9.99 for a new release. But above that, most readers will wait for the book to go on sale.

The truth of the matter is, traditional publishing has never really accepted e-books as a viable part of the market. They don’t want to change the operating methods they’ve employed for decades. Hell, they’d probably be happy if they could turn the clock back and the only books published were hard cover.

And that brings me to today. The article I saw over at TPV pointed to this report story about Hachette’s latest sales numbers. Oh, the publisher is just ecstatic about its digital sales. In this time of Covid-19, e-book sales were up 31% and audiobooks were up 17%. They loves them some digital books right now.

You knew there had to be a “but”, they don’t see the forest for the trees. While they admit the sales from their print divisions were down due to bookstore closures thanks to Covid-19, they aren’t looking at what happens when things open back up. How many of those bookstores will actually open their doors again? How many readers will go back, especially after realizing you can find what you want easier and often cheaper online?

And how many folks who didn’t read e-books before this so-called crisis now prefer e–books over print?

So, instead of lowering e-book prices to a price point that will invite even more folks to buy the product, Hachette will, in all likelihood, continue on its current course. Hell, knowing the mentality of trad pub, they may even raise the prices. After all, people are buying them so they must be priced too low.

They won’t look at the fact that people could have been buying print versions of their books via online stores or taking advantage of the order online and pick up at the stores that many booksellers were offering. Instead, people took advantage of the ease of simply ordering an ebook and having it delivered instantly to their e-reader.

What is it about trad publishing, especially the Big 5, that precludes them from embracing this no not-so-new advance in the means of delivering a product?

As other publishers start releasing their numbers for the quarter, it will be interesting to see if they follow the same trend. It will also be intersting to see how they spin it.

I don’t know about you, but there are very few traditionally published authors I buy any more. Of those, only one or two are hard copy purchases and that mainly because I have all their other books (or books in a given series) in hard cover. Most of my book purchases come from small presses or indie authors. Probably 99% of my annual book purchases are either e-books or audiobooks. I rarely pay more than $4.99 for a book any longer.

The answer isn’t as simple as I initially thought. Part of it is because indie authors and small presses are publishing books I want to read. There might be a message in the story but it is woven in deftly enough that it is subtle and not hitting me over the head like a sermon. Part of it is cost. At $4.99 a book, I can buy four or more e-books for the price of a hard cover or two for the price of a paperback.

Then there is the fact that traditional publishers have basically slit their own throats when it comes to my money. Too many of the authors I enjoy have been cut loose by publishers. Either the author wasn’t a big enough “name”, even though they always earned out and the publisher could count on at least a certain number of books being sold with little to no promotion. Or the author was “inconvenient” because of their political beliefs of the fact the woke crowd decided to go after them for not being enlightened. Then there are the authors who woke up and realized they could make as much–or more–if they went indie. After all, they were the ones promoting their work–not the publisher. They were having to make sure the work was well edited before sending it to the publisher because what passes for editing on most books these day is laughable. So why give up the majority of monies earned to a company that no longer has your back?

As a result, I can count on one hand the number of traditionally published authors I buy either through pre-orders or on release day. I have many more indie and small press authors I do the same for. My book buying budget isn’t any less than it use to be, but my dollar stretches further because I rarely pay the inflated prices demanded by traditional publishing.

Here’s hoping Hachette actually learns something from these new sales numbers, but I’m not going to hold my breath.