No, no, not getting into politics! (Much)

I was just wondering . . . Do Science Fiction and Fantasy writers ignore reality?

Well, yes and no.

We can ignore the fact that there are no intelligent Martian lizards. But we’d best get the Martian day and year the right lengths. We can posit FTL, but the rest of the science has to be as close to accurate as possible.

Magic? No problemo. But you need to get the sword fighting right. And the escaped Princess should never lean her cheek on her heroic mount’s heaving flank. No matter how tired the horse is. Especially if she doesn’t dismount first. I mean it. Go look up where a horse’s flank is located.

We write a weird tangle of Real and Imaginary. We can have a covert war between vampires and werewolves in Cincinnati, and get criticized if we get the names of the city streets wrong. Alternate History? Yeah, Hitler can turn out to be an undercover British Agent, but you’d better get the right insignia on the sleeves of the soldiers that arrest him. They’d better be carrying the right guns, the vehicle they tote him off to the firing squad in has to be in use at that date and . . . 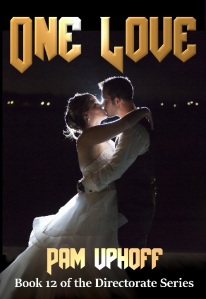 Then there’s romance. Yes, in SF/F. Totally unbelievable. 😉 But no worse than romance in any other genre. Well, Okay, Green alien slave girls, and werewolves. Just, never mind.

Other unrealistic things include multi-world empires with a single language/culture/religion or whatever. Everyone the same. But even communism can’t achieve that in a single country, so don’t try it in fiction.

But it’s more than just the writing.

How about living? Can a writer say she lives in reality when her mind is half a second behind, editing the conversation for a scene in the book? Noticing the romantic spots for the characters to stop for a kiss? Making note of lines of sight and bullet proof barricades when strolling around the park? Snapping a picture of some modern art abomination, because it’s a perfect alien starship?

And politics. I mean, can you really watch politicians and not wonder about alien lizards wearing people disguises? Wonder what the real reason is, behind the current near-world-wide house arrest?

And then there’s marketing. Dorothy and Peter Grant just flat swiped at least a dozen writers’ contacts-with-reality where marketing is concerned. It’s their fault the rest of us are so squirrely about it.

And our steadfast belief that it is possible to earn a living writing. That alone proves we live in a world that exists in our minds.

So how about you? When you write or read, what do you feel has to stay real, and how much license with reality do you think we can take?


And, of course, my latest and greatest: 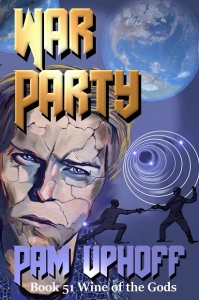