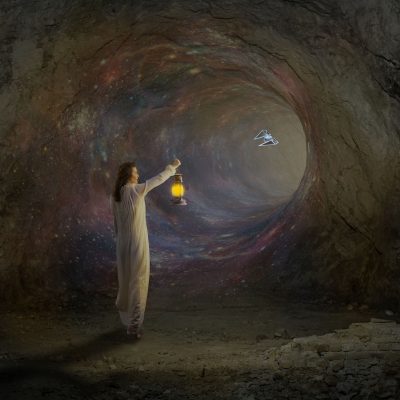 (This post originally appeared October 2013. While some of the players have changed, the basic premise still remains. There are still those out there who believe indie authors are hacks–at best–who haven’t struggled hard enough to earn the title of “author”.)

Over the last couple of days, I’ve seen a number of posts by authors from both sides of the traditional vs. indie publishing discussion (yes, I’m being nice here. In most cases, discussion doesn’t exactly describe the content. Argument or even screaming hissy fit usually comes closer). This comes on top of a long thread in a discussion group I belong to where a couple of folks flat said they would never read anything not from a traditional publisher because anything else never rises above the level of dreck. Pile on top of that a blog post I read this morning from an agent discussing the role of agents in the current world of publishing and, well, my head has exploded again.

It still amazes me the number of “authors” who still foam at the mouth whenever they hear the words “indie” or “self-published”. These authors sneer at anyone who hasn’t “proven” themselves the same way they did. In other words, if you haven’t sent in your submissions and included your SASEs time and time again until you find an editor ready to accept your prose, then you aren’t a “real” writer. That’s right. SASE. I actually read a post this morning where an author castigated anyone who hasn’t done this and who might not know what SASE stands for. Let’s forget about the fact that most major publishers now allow for digital submissions and, even if they don’t, they often don’t require the SASE. But not having sent out your SASEs is a sticking point to becoming a pro according to this one author.

Then you have those who believe that those who go the indie route won’t have their work edited and proofread by “real” editors and proofreaders. According to them, indie covers are all hysterically bad and indies are all wannabes who have tried to cut to the head of the line without learning the trade and taking their lumps. To support this, they point out that the professional organizations like SFWA don’t recognize indie published books are real books and, therefore, indie authors can’t be pro authors.

Why do I have this image of an ostrich with its head buried in the sand?

Look, I’ll be the first one to admit that there are those out there who publish indie because it is the easy way. They throw together a book — and I use that term loosely — and put it up on Amazon or Smashwords or any of the other outlets that allow access to indies. But these are also the ones who, after a few times of doing it will realize that they aren’t making the millions they thought they would and who will go away to either perfect their craft or to another hobby that doesn’t take the time writing does and that might have a better payout.

But there are many wonderful authors out there who have tried going the traditional route and haven’t been able to break in. It has nothing to do with how well they construct a sentence, how good their understanding of punctuation is or how strong their story structure might be. It has everything to do with the fact that the vast majority of publishers require an author to have an agent to get through the doors to even be considered. Agents choose clients based on personal reading taste as well as on what they think publishers want. The problem is, they are looking at something written today that might not see its way into print for two years or more and that, by then, won’t be the next big thing in publishing.

But even if you have an agent, that doesn’t mean you are going to be published. It means you have a chance, better than without an agent but still small, to break into a traditional publishing house. Let’s be real here: there are more authors trying to get their work published than there are slots available for them. Publishers don’t accept every good book that comes through the door. They listen to their bean counters who tell them that the latest best seller is about dinos into bondage with aliens from Zunev. So editors go out looking for similar books. That means your incredible family saga novel is going to be passed over because it doesn’t fit the current best seller matrix. It has nothing to do with your skills as a writer, only with the fact it isn’t following the latest trend.

So, tell me again why I have to go through a traditional publishing path to be considered a “pro”?

Oh, yeah, because SFWA and other organizations don’t recognize me as one. SFWA, an organization that presents itself as the moral compass of the SF/F community and has no problems attacking members who don’t conform to whatever is the current politically correct stance du jour. SFWA, the organization that for years has said it can’t do anything to acknowledge indies and others who publish through non-traditional tracks (read no large advance) without changing its bylaws and constitution. Although, it now seems like they have formed a focus group or something similar to look into it. SFWA who is behind the times when you look at how quickly RWA adapted their rules to include digital, non-advance publishing credits.

Then there’s the allegation that indie’s don’t have their books edited. Excuse me while I go giggle in the corner. Okay, I’m giggling a bit hysterically but many of you understand why. You’ve seen the lack of quality edits that have come back to you, the author, from one of the Big 6 — now Big 5 — publishers. You’ve seen how your editors and copy editors have changed the entire meaning of a sentence or a paragraph, fatally flawing that paragraph or even entire scene, by using a modern term in your historical romance. You’ve had copy editors or editors tell you that your characters couldn’t be in X-church located at Y-location because that’s not where it is. Well, that might not be where it is today according to Google Maps but 100 years ago, it was exactly where you have it. How do you know? Because you didn’t rely on Google Maps or its alternative but you went to maps from the time or descriptions of the area written back then.

Still not convinced that editing can be as bad, or worse, in a traditionally published book than it is an indie book? There are authors who are just now starting to talk publicly about some of the politically correct changes they’ve been forced to make to their books. Characters’ nationalities and race have been changed. Their sexual orientation have been changed. Changes that have nothing to do with making the story better and everything to do with pushing the current politically correct stance of the publishing house.

Then there are the authors, some of them best sellers, who hire editors to go over their work both before and after their publishing house’s editor sees it. Why? Because the quality of editing isn’t, on a whole, of the same level it once was. When publishers started cost cutting years ago, the two areas hit hardest were publicity and editing. So tell me again how traditionally published authors have better editing than indies?

(As with most everything I have to say about legacy publishing, there are exceptions. When it comes to editing and how they treat their authors, Baen Books is the exception. Their editors actually read a book and edit it before it is published and they do treat their authors as partners and valued members of the team, not as an asset or chattel like some publishers do.)

So, how do indie authors get past this stigma others in the industry, especially their fellow writers, seem to have about them? First, indies have to quit worrying about what the so-called pros think. Many of those who were the loudest to condemn indies back when Amazon first opened the KDP program are now indie publishing. Those who still condemn indies are either parroting what their agents and editors tell them or they scared to give up that upfront advance and strike out on their own. They are like the folks in the discussion thread last week who see only the bad in indie and don’t recognize that there are a number of excellent authors out there, more and more of whom are starting to make a living from indie publishing.

Does that mean you will become the next Stephen King or Amanda Hocking? No. But it means you have a chance to find readers who will enjoy your books and recommend you to their friends and family. And they, in turn, will recommend you to another group of readers. That is how you start building sales. As that is happening, you should be writing. Write the next book or short story. Set your own publishing schedule and keep to it. Make sure that when a reader finishes something and likes it, there’s something else of yours for them to buy. If there isn’t, at least have an announcement of when your next book will be out.

As an indie author, you are in the business of writing. That means you have to be your own bean counter and PR guru and editor. It means you have to find and use resources for not only research but for editing, proofing and cover creation. You have to keep up with what is being sold by the legacy publishers and how they are packaging it. Why? Because if your cover has the same basic look as traditionally published books in your genre then the reader won’t automatically go “indie!” and move on. It is a game of appearances.

Most of all, quit listening to those traditionally published authors who say the only way to break into the industry is to do it the way they did. The industry has changed since most of them sold their first book or short story. The rules they had to follow no longer apply. So choose the path you want to follow — heck, follow both if you want — but write and don’t worry about whether you qualify for “pro” status in the organizations or not. What matters is if you are writing books people want to read and are willing to pay for.

Don’t believe me, go to Sarah’s post yesterday at According to Hoyt to see an example of what I would have thought a joke last week but now know is a real sub-genre that is making money for the authors involved. There are folks out there begging for books, books that will never be published through traditional houses. The gatekeepers are no longer the agents or the editors. They are exactly who they ought to be — the readers.