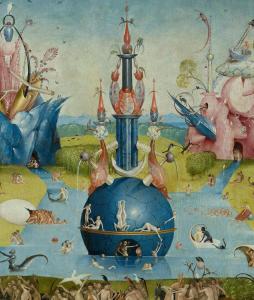 I started reading Jirel of Joiry a while back, and got distracted from it – easy enough to do, as it’s a series of loosely connected short stories, rather than one novel – but came back to it again as this time I needed to absorb some of the flavor of sword and sorcery for an upcoming project. I can recall reading this genre many times in the past, with Edgar Rice Burrough‘s John Carter of Mars, some of the later Tarzan books, the Pellucidar stories. I also read Robert E Howard, and not just the Conan stories. H Rider Haggard’s tales of barbarism and romance (and not in the sense of finding a romantic partner) color my past reading as well. I asked, as I do, for suggestions of good Sword and Sorcery titles to read and deepen my experience… and promptly realized that how I define the genre is not how others define it. There is a book list of crowd-sourced recommendations on my blog, but this post is my thoughts on what the genre is.

Defining any genre is a nebulous business. That’s a given, and I don’t want to try and nail the ephemeral mists of this one down into some kind of container, any more than I do other genres. They ooze into one another, and some books can be categorized in more than one way. That’s all fine and well. What I loved about ERB, and Howard, and my late discovery of CL Moore with the Lady of Joiry’s dire adventures is what I wanted more of. They are all of them writing far enough back to have spawned a thousand imitators, some of them pale mewling creatures that can only inspire fear in the dark as the least light of introspection dissolves them into nothingness. Others have carried the tradition of the bloody swords and magical worlds to higher planes that can stand next to their ancestors in the hall of glory.

I wanted purple prose, barbarian queens who take no prisoners, and a mighty-thewed swordsman who would rush into hell for the love of her and his brothers-in-arms. I wanted the worlds to be dark, eerie, and never quite what they seem on the surface. I wanted the trappings of civilization to fall away, and what remains is not the law of men, but honor, justice, and the thick dark line between good and evil. I wanted heroism, and calumnious villains I did not have to parse to find out their evils.

There’s a reason this genre has so many mocking words written about it. Blood and thunder! becomes thud and blunder. It’s not realistic. There’s no connection to my everyday life in the magnificent mailed figure of Jirel, with her flame-haired head held high while she fights gods and witchery for the love of her country. It might make my heart beat faster to imagine myself daring greatly and rushing headlong into battle like she does, but I know that here in my world battles are insidious things you don’t always know you are fighting, sometimes until you have won or lost. But the appeal of the barbarian, be it Conan, or Dejah Thoris, who is bounded by no laws but their own pure hearts, is evident. It’s not purely escapism. There is a resonance with the concept of fighting to the death for something that really matters. Your own life, but more often, the life of another as the heroes in these tales tend to be protectors.

Which isn’t to say that this bounds the genre. Over and over people on the thread where I’d asked for Sword and Sorcery titles kept suggesting Fritz Leiber’s Fafhrd and the Grey Mouser, and since I owned it, I picked it up and started in on it once I had finished up with Jirel. Within minutes, perhaps mere sentences into the book, I could see the firm outline of Lieber’s tongue, pressed into his cheek. It’s not that I’m not going to enjoy the book. I suspect I will, very much. But as with so many of the other modern writers in the genre, he’s very aware of what came before him, and rather than trying to recreate that un-selfconscious and unabashed storminess of mood and atmosphere, he’s creating his own take on it, with characters who are the very antithesis of the hero.

And I think that’s what I wanted, in the end. The vivid, atmospheric descriptions of worlds, and humans, who never worried about washing the blood from their skin (although they always wiped off the blade they had used). The humans who picked themselves up after the kiss of a black god, and who although they suffered with nightmares, never let it break them. Who fought sorceries with the elemental nature of their very humanity. Unapologetic, one of my respondents described these early tales. Yes. That’s it. They didn’t apologize for their deeds. They found themselves in dire straits and they fought to save themselves and others. It might be outre, it might be pulpy, it might be politically incorrect. I don’t care. I shall read it, and do my best to write it in my own way, with my own heart poured out into the pages.

Fantastic beasts and warped imagination was around long before the printed novels! Hieronymous Bosch’s work in evidence as header image and below. 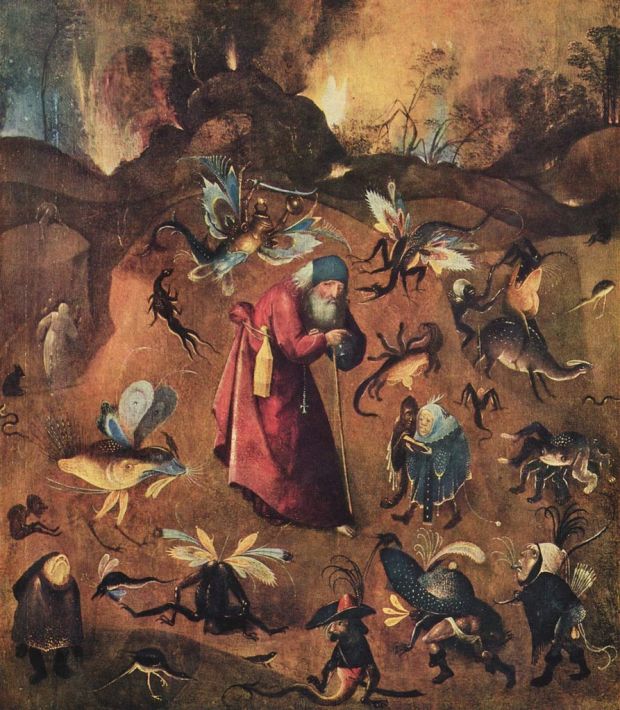