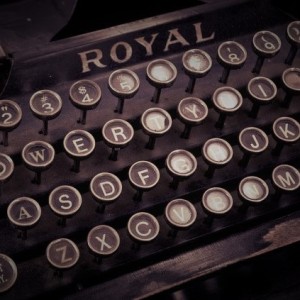 The drive was long. And I’ve spent the last three days up in the Colorado high desert hills near Montrose. The first two days, we were up before dawn, climbing into extra layers and strapping on extra firearms in case we encountered bear or mountain lion (we didn’t, though I saw a coyote lope through). We wore gaiters, as the low-lying cacti have a habit of jamming needles through simple cloth (or leather) and hitching a ride you only realize when you’ve managed to jam a prickly pad into the meat of your other calf. The air that early in the morning is chill, but it’s not yet late enough in the year to be bitter about it. Still, we pushed a little as we hiked the slopes.

The trick was simple: get high enough to see the deer come up from the fields where they graze at night to predict where they’d head through the scrub pine and juniper. Sharp scents and welcome, usually, but for the arid climate and suddenly-different particulates sending my too-sensitive sinuses into overdrive. We were robbed, the first day, as a particularly large buck stood barely a hundred yards away, and we couldn’t see him because of the angle of the sun.

That’s what I’ve been doing. Learning, mostly. Learning that I really want to spend a lot more time in the uncomfortable altitudes of rural Colorado. Learning that all the worthwhile things require more than a little discomfort (my lungs are acclimated to sea level, not a mile and more up). Learning that death is still disquieting.

The area we hunted for the deer (we’re on to elk, now, the wily buggers) is quite close to civilization. From the point of the bench, we could watch cars drive up and down highway 50. We joked about not knowing exactly where the boundary between privately owned land and the BLM area was. Were we poachers accidentally?

We look at maps when we’re driving, and get the bird’s eye view. Add the satellite take, and the speeds at which we regularly travel, and it can easily seem like we know what we’re doing. Where we’re going.

It was easy to lose track of where I was in those hills. Every slope looks the same, from the ground. Each one was covered in scrub and cactus, and rocks. And each slope left me gasping. And getting turned around wasn’t going to be very hard. Sure, I could find my way out, again. The roads go everywhere, after all. But finding another person in square mile? Even seeing what the man a hundred yards upslope was desperately trying to show me?

It brought to mind the many books I’ve read wherein a character travels from Point A to Point B with relative ease. Even across land with few obvious marks. And I started to wonder how many other writers have tried to cross miles of empty (more or less) land. The land folds and curves in deceptive ways when you’re standing on it, in a way that isn’t clear when driving on a road. Roads are marvelous, and they have a way of ignoring everything that isn’t the road. They encourage us to ignore the rest of the world, too, except in perhaps a landscape, isn’t-that-pretty kind of way. I recommend getting out in the world, and finding out how it can fool you. Just take water, and a decent GPS.