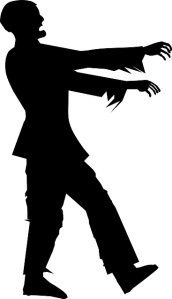 Yet another novel in my Wine of the Gods series has gone live! Number 37!

I’ve often thought of it as a Soap Opera, never ending . . .

But how the heck do you know a series has gone flat? Died on the vine?

When the ratings crash, of course, for a TV series. For books? It’s sales.

Which is a bit awkward with the kind of lag time Traditional Publishing still has. By the time Cool Series #6 has had lower than expected sales, #7 has been written and possibly turned in. The author is deep in researching #8, with an outline in hand . . . before someone lets the cat out of the bag and said writer hears the rumors that his or her series has entered the death spiral.

Then the blame and finger pointing starts. It’s the Bad Cover! Poor Editing! The lack of push! Failure to notify buyers! The Author!

Yeah, guess which one gets stuck with the blame and the consequences.

Indies have it so much better, because it’s all our fault!

Yes, that’s what I said. Better. Because we’re getting those actual sales figures within hours of the ebook going live on Amazon.com.

You post the link on all your social media sites, email the link to your mailing list, and by the time you get back to check, the sales numbers are available. Three days max, you’ve got enough reviews to see trends. And you know whether it’s good or bad. You might even know why.

You will know why before you’ve written the next book and started yet another. You have saved years of your life stressing out, agonizing over the Death Spiral, trying to save the series, and your career.

When you are independent, you can be agile. You can step away from a series, a universe, and write something entirely different. It is your decision, you can take it quickly, not waste years. And you can reverse that decision next year, if the fans of the old series start clamoring for more.

I love Indie. Because it’s all my fault.

Oh, and the series that starts here isn’t dead yet. #37 is selling briskly its first day.

From: Uncategorized
← Another Hole in the Heart
What we Like vs. What the Literatti Think We Should Like? →
15 Comments