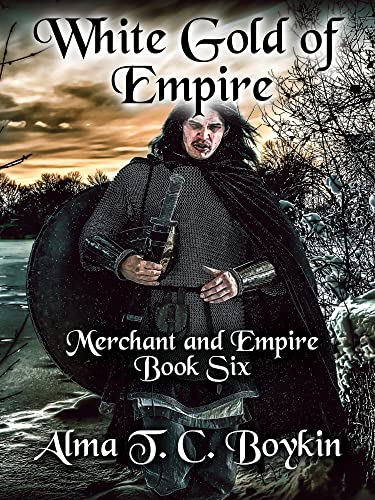 Alma Boykin’s just released another blue-collar fantasy, from a working medieval man’s view of the world. In this case, a profession lost to history and mining machinery, that once the fate of cities and empires depended on… a salter!

Tarno Halson and the other salt makers of Halfeld Fluss must have wood for the fires to boil spring water into salt. Farmers, builders, smiths, tool-makers, bakers, and all the other trades demand wood as well, and tensions have risen among the trades. Tarno, a widower, also seeks a wife. One of the woodworkers offers—insists on Tarno taking—his daughter’s hand. The arrangement might bring peace between two of the trades.

Book Six of Merchant and Empire, but can be read as a stand-alone, get White Gold of Empire today!