I went into this movie with fairly low expectations. To be fair, that’s how I approach any movie these days. The last one we’d seen in theater was Black Widow. We’d seen that because tradition for my son’s birthday was seeing a movie together, and we’d had to miss 2020 and his fifteenth birthday, for obvious (and annoying) reasons. Black Widow made me laugh in spots – not all of them planned by the writers – but it was about hanging with my kiddo and trying not to think too hard that I only have two birthday movies left before both our lives start to shift apart.

I have not watched all of the Marvel movies. Most of them, yes, but I still haven’t seen Thor: Dark World or all of Civil War (I had fallen asleep while watching it due to sheer exhaustion and the kids had switched it off and let me sleep, then watched the rest of it without me and I don’t really do movies alone). I have certainly not seen many of them in theater. Still, this is a huge franchise and a very successful one, so it bears looking at from the perspective of a writer, as well as a person who enjoys campy fun movies. I’m not going in looking for plot holes, so if you were expecting an analytical review, this ain’t it.

What I found utterly charming about Shang Chi? And what made me tell my son as we got home last night that I want to buy it in DVD when it comes out? It’s sweet. The love story of a man for a woman. Of children for their father and mother. Of a brother and a sister for one another. A dragon for it’s village. A fluffy faceless iridescent winged-thing for a washed up actor. Love, all the layers and iterations of it.

Having said that, I’ll warn you that I’m going to spoiler the heck out of this movie, so you may want to stop reading and skip below the photo I’ll put after the movie review, for my little announcement there.

Spoiler break in place… This is a save-the-world movie plot. However, it manages to keep the feeling of a small story. It’s tightly focused on Shang Chi, who is living in the US as Sean, and content to live under the radar. He spends a lot of time with his coworker and best friend Katy, who he assures her grandmother is just his friend. I think you know where that’s going. I thought I did, too, and then I didn’t, and then, by the post credits scene, I did very much know. And I loved it. This is a love story the way it should be. There’s no angst, no drama. Not even a kiss. They just realize that their place is side by side. By the end you’ve got hand-holding and a sweet moment of resting heads together. But you know, without the Big Moment. It’s tender, and furthermore, it’s really healthy looking (shocker from Hollywood) as you get this partnership where they are both being badass and rescuing each other as needed but mostly they are just there for one another. No matter how out of her depth Katy is at first. I also appreciated that Katy is not your traditional Hollywood starlet.

I’m sorry this isn’t a linear review, but I’m brain dumping my thoughts, you get the biggest one on top first. So underlying the relationship of the main character, you have the family that made him what he is (which is an explicit theme of the movie, said out loud near the end). The scene with the warrior king and the guardian of the magical kingdom was a gorgeous one. The fight that became a dance, with the actors flowing together and doing a beautiful job of falling in love without a word while they dusted the, er, forest floor with one another? That’s not something you could write. That’s sheerly visual and sets up what comes next. Which is a love that gets a man to give up the greatest power he’s ever known, so he can settle down as a husband and father. They sell that in this scene, and it’s a beautiful thing. It’s also so powerful that later, when the man has lost his love, and starts hearing her voice asking him to do something, you can believe that he would do anything – even tear open what is very obviously a Bad Place – to try and retrieve his lost love.

The other love stories are smaller, but still there, which tickles me. The children, grown, find their mother’s family and are warmly and lovingly welcomed. The dragon, when wakened and minded of peril, fights to nearly death in aid of his human friends. Even the little grandmother at the beginning of the movie, determined to make sure her husband is celebrated beyond death with her gifts of cigarettes, booze, and candy. Oh, sure, there is death and destruction. It’s a Marvel superhero movie, after all.

The fight scene on the bus, at the beginning, was a blast. Because it wasn’t about the choreography of the fight itself, which doesn’t do anything for me. Instead, as the Marvel writers are wont to do, there were snippets of humor to break up the gravity, and moments where you really didn’t know what was going to happen. I can’t say as much for the later massive fight to save two worlds, which was very choreographed. And it still had wrenching moments. I will say this – they don’t pull their punches. Two characters die, while locking eyes with the camera. And there are no take-backs in this storyline, unlike the main Marvel arc.

Overall, it was a fun ride. My son and I have started to talk about story, and it’s construction, which adds a nice touch to the time we spend together watching a show or movie. His tastes aren’t always mine, but if I can walk out of the theater smiling and happy, I’ll take it. A little escapism and reminder that love stories don’t have to be saccharine is a good one. 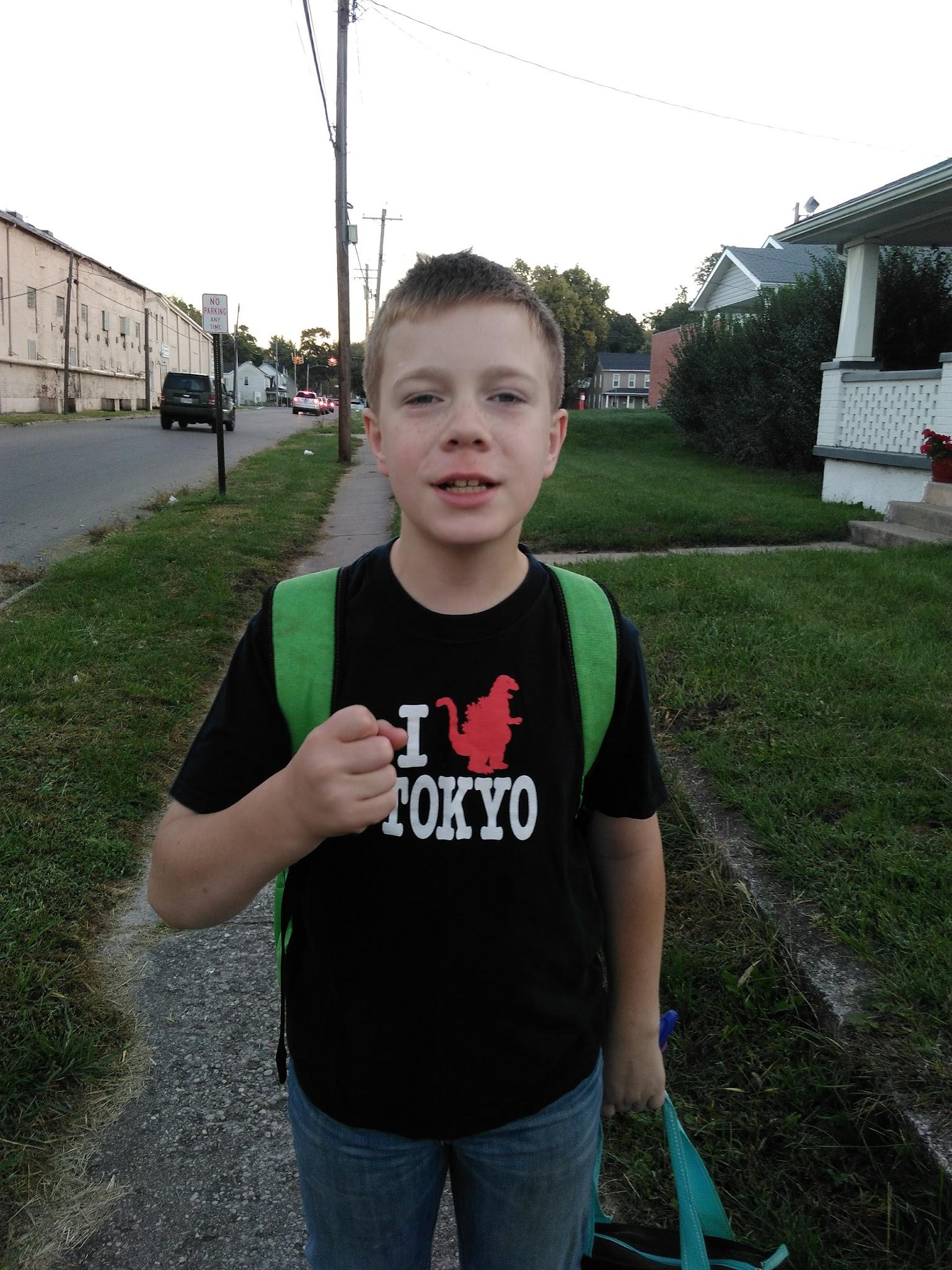 And now for my small announcements. My social media manager (pictured above, a few years ago) would like me to tell you all that Sanderley Studios has an Instagram now. It also has a Tumblr, and will have a Tiktok soon. He wants to create more contact before he’s willing to share that last. My dear son decided while watching me work all of this last weekend that he wants to help me. After a long (very long) conversation about what would actually be helpful, and what wouldn’t, a spare cell phone got set up as the ‘social media’ device. It doesn’t have a sim card, but it can be set up to talk to the house wifi, which enables him to put content on accounts for me. It also keeps possibly suspect (cofftiktokcoff) social media off my primary devices. We will see how well it works, but it gives him something to do and why not?

Also, for those of you who Discord, you are cordially invited to join the Book Club with Spikes, which is intended to be a friendly chat hangout to talk about books, reading, and various other topics. It’s politics-free (ok, almost completely) and the hard-and-fast rule is ‘don’t be a jerk.’ We’d love to have you, even if you just join the rest of the lurkers lining the walls.