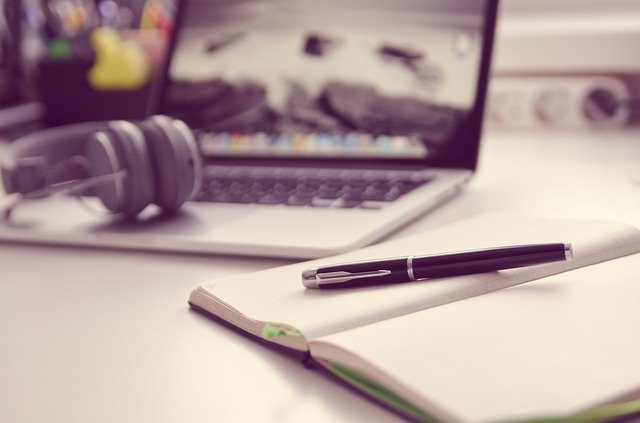 I’m back from having the car serviced, feeling relieved. Not only did it pass inspection but they didn’t come out with a list of things I ought to do. (Trust me, I was ready to eat mechanics for breakfast if necessary. Most learn after the first attempt of scamming me on “necessary repairs” that it isn’t worth the effort. My dad worked for one of the largest foreign car dealerships when I was younger. I know all their tricks.) So now it’s time to get a real blog post done and I’m going to run with the suggestion from TXRed in the comments for my earlier post. What do you do when you have an “oops!” on your book or marketing or whatever?

Marketing flops. Not necessarily books, although I know of one doozie of a non-fiction cover-art failure, but general “mismatch of concept and target audience/users” or advertising in the wrong place. I realize this could be tricky from a liability/hurt feelings point, but the occasional horrible warning can be a good reminder. (Like the cover of the second Cat book, which is supposed to be sci-fi and symbolic, and instead signals high fantasy and clashes with the font signals. Here’s the link, for the morbidly curious.)

Most of us know exactly what she’s talking about. That book with rockets and aliens on it that is anything but SF. Or the book marketed as urban fantasy that is not only paranormal romance but barely a step away from pornography (Yes, I’m looking at certain Hamilton books.) Or the marketing campaign we set out on that wound up going to the wrong target audiences or didn’t earn out.

The answer to all those issues and more comes down to one simple–and yet not so simple–answer: research. As indie authors we have to constantly keep an eye on what is selling, what the covers look like, what fonts are used, what tags and categories are used, etc. We need to know what days of the week of what weeks of the month you should bring new titles out on. How often should you aim to release a new title?

Then there’s the question of where you should promote your work. Do you put it on special or even for free (and how the hell do you get Amazon to match the price for the entirety of your promo, especially if you are doing a freebie)? What channels do you use? Do you go wide or stay with Amazon only?

I’ll be honest. It’s easier to keep up with things like how to cue your readers with a cover and fonts than it is to make some of these other decisions. So let’s start there.

The first thing you have to realize cover cues change. In the years since Nocturnal Origins came out, I’ve changed the cover three, maybe four times. The first time was necessary. Sarah and I were just learning the business back then. We did the best we could and then we sat down and did our research as more and more books in the genre came out from other indies. So a second cover was soon to follow.

Last month, I recovered the book again. The reasons were simple. Genre cuing has changed. Cover image expectations are changing as well. The more cartoony covers signal UF/PNR cozies or light mysteries. So I needed to figure out what to do. And, while I was at it, I looked at the branding of the entire series. The main novels of the original series all have the same “feel”. The bridging stories between it and the new series of novels set in that universe have a different “feel” or look. It helped and sales have increased (not only on Amazon but sales wide look good as well).

I did the same with the Honor & Duty series a year or so ago.

I can hear some of you saying that’s fine but you don’t do your own covers. You don’t have to but, with all the free or cheap artwork out there, there’s no reason not to try. I love the covers Sarah did for me. But I felt guilty. Every moment she spent doing a cover for me, talking to me about what I wanted, etc., was time she wasn’t writing. Plus, you remember Myrtle the Evil Muse. All too often she would hijack me and send me off on a new project that had to get out NOW!. No way was I going to ask Sarah to do a cover at the drop of a hat.

So I learned. I’m still learning. I started out using Gimp because I am familiar with Photoshop and the two are similar. Besides, I didn’t want to pay for Photoshop. Since they, I’ve moved to Affinity Photo for most of the work. I still use Gimp for certain things, but most of the work is done in Affinity.

I watched Youtube videos on the apps. I talked with other authors using the apps for hints. I pester those same authors for their input when I start drafting up new covers. I learned how to remove part of one image and layer it onto another. I’m a long way from mastering the various effects and filters, but I’m getting there.

And why did I do this, other than not wanting to take time away from Sarah’s writing? Because I paid a cover artist to do one of the Nocturnal Lives covers and wound up having to beg her to fix it for me. Even though I’d given him detailed instructions on what I wanted, gave him the image elements and fonts, he fucked it up. There is no other way to say it. I determined then I’d learn to make at least decent covers on my own.

They aren’t perfect, but they are better than a lot out there. And, when I sit down to start pulling elements together, I head over to Amazon. I look at the best sellers–indie and trad–in the genre AND sub-genre(s). Then, if it is part of a series, I figure out what needs to be done to keep it within “brand”.

And I learned not to be afraid of changing the cover. It’s simple as uploading a new cover image to KDP. For print, it’s a bit more complicated, especially if you go through IS or some of the other services. So, before you do, make sure you know what the requirements are and how much it will cost because, yes, some of the distribution sites will charge you for changing the file.

But ask yourself this: if your book isn’t selling and you think that it’s because you aren’t hitting your target audience because of your cover, isn’t it worth spending a few bucks to see if that helps change the optics?

A few other comments, quick comments, that I’ll come back to next week. Don’t think just because you are only allowed two categories on Amazon that is it. It isn’t. You can contact Amazon and ask them t add up to eight more categories (iirc). Do this by calling them using the help function from your KDP dashboard or sending an email. You will need the book title, ASIN, the categories you are already in and the ones you want to go into.

Now, word of warning, there is no guarantee you’ll get those categories and they have to relate to your book. There is nothing that pisses me off more than to go searching for military SF and get return after return for books that are vaguely space opera but are really nothing but a cozy mystery or romance set in space. This is one time when you really need to think like a reader. What categories would you search to find a book like the one you’ve written?

And, as with your cover, don’t be afraid to go in and change your keywords or categories. If you are writing a series, make sure you have common keywords/categories between the different books.

I’ll come back to this and other miscues we have all made next week. Until then, think about what else you want me to cover and/or answer.