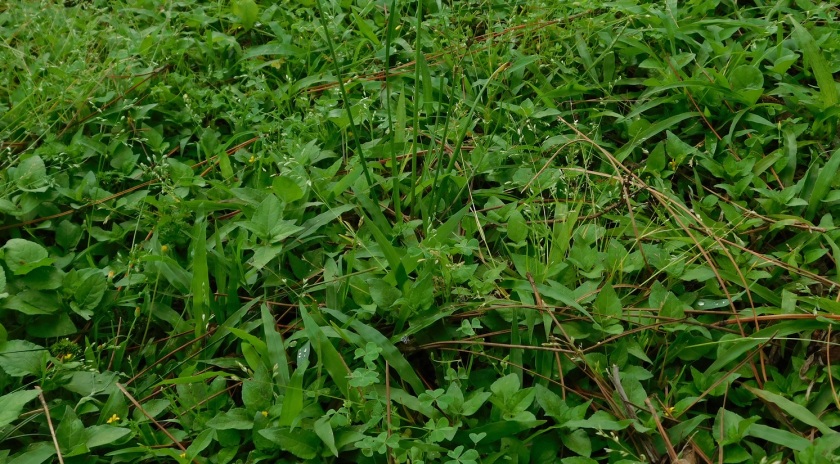 Stray thoughts and other things

Funny thing is, I was sort of hoping a stray dog would just walk up to the house and save me from having to seriously start puppy hunting.

I was not expecting what I got.

From the state of his tail (mostly missing) I diagnosed a close encounter with a raccoon. I tossed him some bread crusts. He wolfed them down and . . . then there was this odd noise . . . the wretched thing was pecking at the back door screen, and stood there obviously expecting me to hand over some more bread.

I think the someone is named Pam.

In other news, spring has sprung and it’s almost time to mow the lawn.

As you can see above, I neither rake up the pine needles, nor insist on a monoculture. It’s mostly green, it can be mowed, it looks good from a distance.

Which doesn’t have much to do with writing, other than if it shows up, it’ll get written. Unless it’s nettles. For those I’ll get out the weed killer.

Learning to write is partly nurturing the good ideas, but you also have to learn to identify the nettles and deal with them. And that’s the real trick. Because some readers’ nettles are other readers necessities. A lot of that is genre specific. What a regular reader of Science Fiction is looking forward to is entirely different than what a Romance reader expects. It’s hard to please both (better off not even try, IMO.)

Other species of nettle are bad writing habits. I’ve revised a few of my early books since I got a better grasp of how to do some things. Dialog tags . . . Umm, the worst got caught before publication.

But nettles aside, the best comparison between gardening and writing is the sheer size of the job and the inability to concentrate on what needs to be done . . . because everything else also needs to be done.

In my specific case I was just getting started on the next book when I had a thought. “I have chopped the head off the Evil Empire . . . but it’s going to take time to come crashing down, and look a lot different on different Worlds (cross dimensional, not interstellar) so what are the main ways it’s going to happen?”

All right, I could look at a small totally unprepared group having to scramble to survive. No prob, on the way!

And then a large world where the rebels suddenly have a real chance of winning. And between hating the people who conquered them a couple of centuries ago, and developing a liking for the power . . . become worse than their former masters. (That story’s getting a little grim, going have trouble getting a few people out safe and calling it a happy ever after.)

And then a high tech, research world, dependent on trade for way too many things scrambling to find new sources, or develop them, themselves, while not looking like a tasty snack to the larger worlds thinking they could be the nucleus of a New Empire.

Three neat little ideas, right? So how come I’ve got one rough draft and two stalled out at the 3/4ths done point so I could write the fourth?

Meantime, here’s the beheading of the empire: