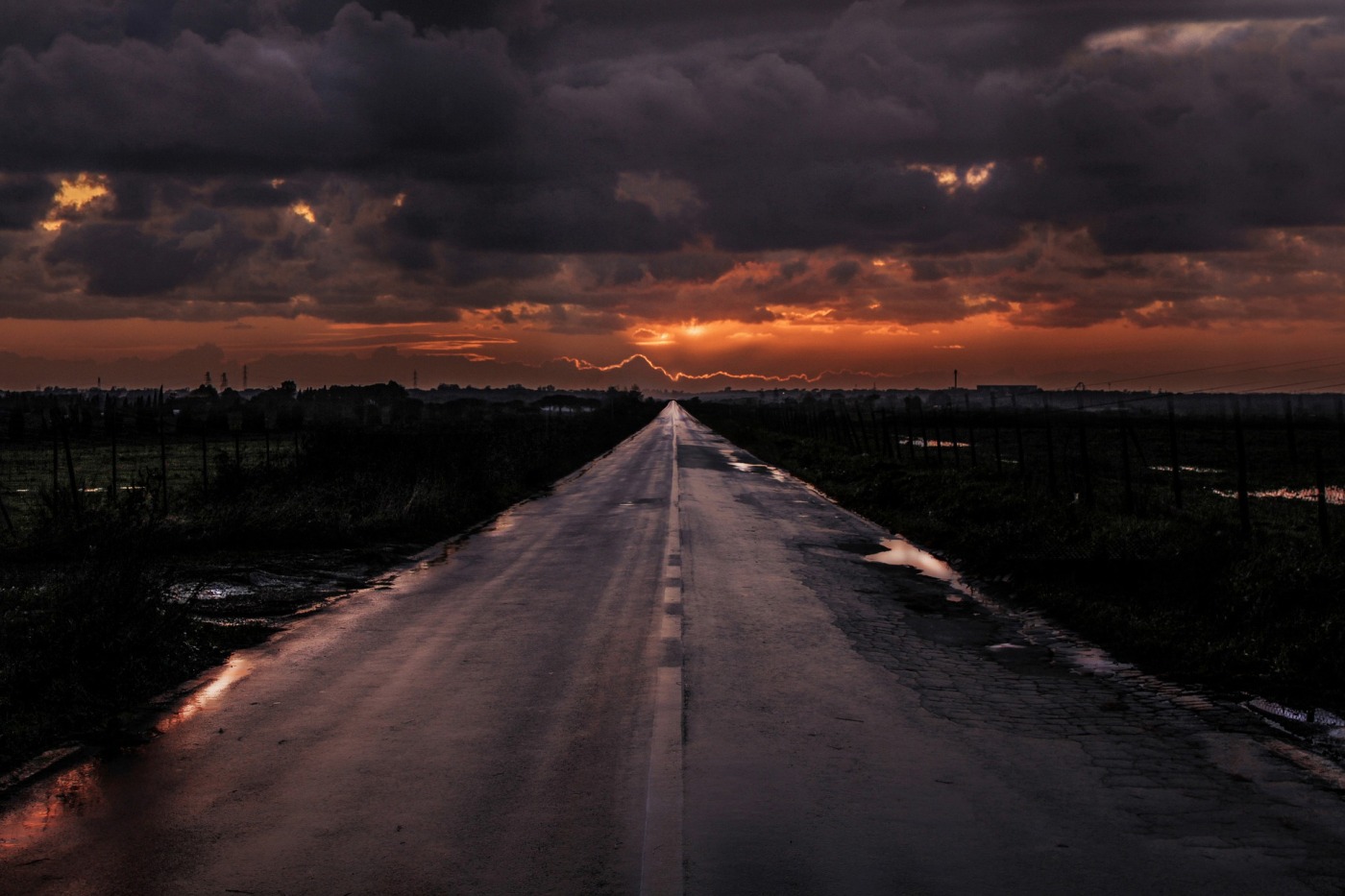 The last week and a half has been completely unplanned.  We were on vacation-ish when we got news my mother-in-law had died.

Right now, due to our breathing situation (honestly, I’ve had raging asthma since the age of one, so no, masks are not a good idea.  As for Dan, he has sleep apnea.  All the sane doctors I know say it’s a really bad idea to wear a mask for any length of time if you have sleep apnea because it cuts your oxygen way down) neither of us can be on an airplane.  Yes, to do normal shopping and other functions, we wear face shields, which still allow breathing unimpeded and do what most of the cloth masks do: stop anything from sneezes, if we’re rude enough not to cover them. (No, not going to argue this. The study showing it cut transmission 3%, which btw is within margin of error, used a 17 layer cloth mask. I’m sure it cut transmission. It’s really hard to transmit a virus to people who died of suffocation.) But some airlines allow shields, some don’t. Like everything else in this idiotic time, it’s all cos-play and virtue signaling with little rationale. Which means, we could end up having to wear the masks and not able to take the flights.)  So we drove. Across the country. In a rental car. So we could be there for my Father in Law at the funeral.  (My mother in law had suffered from dementia and been unable to recognize us/know who we were for three years. So some of the mourning had been done.  And some is hitting me, at odd times.)

Weird thing to do, and absolutely not something I’d have believed we’d do if you’d told me about it in December 2019. Among other reasons because the last time I drove highways at all, it was limited, and it was a trip to Arizona in …. I don’t know? thirteen? Fourteen? years ago.

You see, first, I’m terrified of driving highways. And second, well… for about ten years my eyes were “off” and I had some degree of double vision due to concussion.  Until we figured out what it was and got prisms in my glasses, I had trouble with depth. This gradually caused me to be afraid of doing any driving.

I’ve in fact only been back behind the wheel with any regularity since March. And frankly, there’s not much to drive to.

But we had to drive across country, and obviously my husband couldn’t do it alone.  So I did it.  Fortyish hours behind the well each of us, between “coming and going.”  … and it was good.

I’m not going to tell you that I’m anxious to drive highways near big cities, and dear Lord, Denver’s highways are insane, including the cut throat competition for lane change.  Well, at least in spots.  In town I’ll take back roads, even if it takes a bit longer.  But medium size roads?  I’m okay.

Well, I’m okay if it’s not the day that the driving simulation went insane.

Driving simulation? Yeah, that’s what Dan called it. He said it reminded him exactly of those training films, where they throw everything possible at the driver.

So there was this day when we started off with me behind the wheel.  We get on the highway which is a gauntlet of lane changes and construction, during morning rush hour.  I’m taking deep breaths, and more or less holding together.  And then there’s a dog on the road.  A dog of unusual size. Like great Dane size, but with all the markings of a German shepherd.  He was dancing back and forth on the road, and I barely avoided running him over TWICE.  This involved threading the needle with some big, way too slow truck.

Fine.  Next merge-lane, this ridiculously small trash truck gets in front of me, doing forty. I’m doing seventy five.  No, I didn’t hit him, but there was some very loud cursing, some standing on brakes, more threading the needle and going between-lanes because I had an eighteen wheeler to my left.

My breathing has barely normalized, my hands hurt from being white-knuckled, and I pull over, and ask Dan to take over.  He’s somewhat amused, but he’s seen what I just drove through, keeps telling me “We’re okay. You did fine” but takes the wheel.

Two MOST boring driving hours you ever saw, on a Sunday morning, on a sleepy highway.

So, we stop for gas and I take over.

Get back on the highway, and we start what I’ll call a lane-changing slalom due to construction.  Then we hit very rough road, so we’re bouncing all over while changing lanes. Then the skies open up and it pours…..

Oh, yeah, I forgot the people towing a car and the towing apparatus malfunctioned, so they were dragging the metal tow-equipage on the road… and there was fire.

Every time Dan took the wheel, it was like a peaceful Sunday drive (it wasn’t Sunday, but you see what I mean.) I’d take it and all hell would break loose. Dan says I imagined the cloud of locusts and the rain of frogs, but I know what I saw!

Anyway, the next day was much easier, and playing leapfrog with crazy truckers was actually almost pleasant.

The family gathering went better than we expected, but more importantly, we got to spend some time with my father in law.  Which is good, since things being what they are, I don’t know if we’ll have another chance.

Other good things in a strange and unexpected situation: Dan and I had more time to sit together and talk than we’ve had since we had kids.  We took a bunch of songs and audio books to listen to, but most of the trip we didn’t.  We just discussed everything, from our parents to our kids; from serious to funny; from worrisome to amusing.  And we found — good news — we enjoy each other’s company very well indeed.  We’re not the same people we were at 28 when older son was born. And we don’t connect the same way.  But, despite all the work and kids and stuff that pull us away all the time, we’re still best friends, and lovers and as close as two people can be to being one, while retaining very different modes of experiencing reality.

Other good things: We got to see older son and his wife.  I got to plot at Dan and bounce ideas off him.

On the bad, unplanned, bizarre side, we found most of my auto-immune goes into remission at low altitude.  Sigh. You see, we’ve not been out of here except in extreme stressful situations like cons, or such (and when we went to France I was very ill and I don’t think I was ever in TX for two weeks, and anyway, I was there to teach workshops which always worry me horribly.) for a whole two weeks.  So there was never time to see the effect.  But it’s startling and undeniable.

Which has caused us to change future plans.  Yes, I know. From the age of 8 I wanted to live in Denver and be a writer.

Okay. I’ve checked the live in Denver off my list. Now…. well….  We can’t leave here for probably two years, for various reasons, but after that, we’ll see.  There is a strong chance I’ll have to leave my beloved state and go find or build a home elsewhere.

As we drove into a smoky Colorado, under a fire-red, smoke-occluded sun, we finally put music in.  Usually on trips we put music we can sing to, on.  That usually is stuff like Kansas and the Eagles.

As I drove on our home stretch, After The Thrill Is Gone came on the rotation.  Listening to the lyrics, I started laughing and crying at once, because if you remove the romance theme and replace it with traditional publishing, that is my career.

What can you do when your dreams come true
And it’s not quite like you planned?
What have you done to be losing the one
You held it so tight in your hand well

But then “Already Gone” came on, and that too is true if applied to my traditional career:

Well, I heard some people talkin’ just the other day
And they said you were gonna put me on a shelf [and not the right way-sah]
But let me tell you I got some news for you
And you’ll soon find out it’s true
And then you’ll have to eat your lunch all by yourself
‘Cause I’m already gone
And I’m feelin’ strong
I will sing this vict’ry song, woo, hoo,hoo,woo,hoo,hoo

So…. other than the fact that I have no clue how to write a post not-about-writing?  I don’t know.  The whole thing is like a metaphor for 2020.  Perhaps for life in general.

Things change in bizarre ways.  You find yourself doing things you never thought you would….  So you do them. And you make the best of it.

As for things not being as you planned? When are they ever?

You swallow the grief and you conquer the heartbreak, you learn from mistakes, you profit from serendipity and you — and life — go on.  It’s all you can do.

13 thoughts on “And It’s Not Quite Like You Planned”