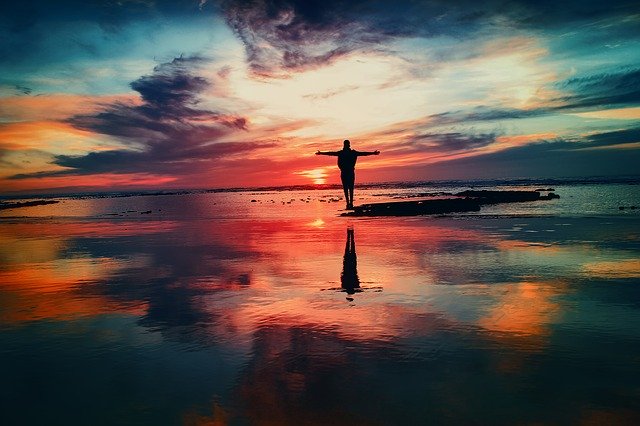 Oops! I guess I should do my best impression of the White Rabbit from Alice in Wonderland now and start muttering, “I’m late. I’m late. For a very important date.” Instead, I’ll simply apologize for being late with today’s post. I got up way too early and fell down the writing rabbit hole. As I noted last week, the muse has been anything but evil lately and the words have been flowing faster than my poor fingers can type. That’s what happened today.

Now, with that out of the way, what to write about here? I’m not lying when I say I’ve been head down, butt in chair for the last few weeks. The only exceptions have been when dealing with family obligations (of which there have been too many). Because of that, I’m not sure what day of the week it is or even what month. To give you an idea, I could have sworn yesterday was Labor Day and didn’t understand why mail was being delivered. It took more than half a day for me to recognize it was still August.

But the words continued to flow.

I don’t know whether my writing process is changing–something that always scared the crap out of me or if I’m finally breaking through the last of the malaise the idiocy of the Covid lockdown caused. I honestly don’t care because I’m writing at a pace and with a joy I haven’t in a long time.

The result is that A Magical Portent looks like it will come in somewhere between 32-40k words by the time the final edits/additions/deletions are done. That’s right where I was aiming for.

This novella/short novel has been a great deal of fun to write. For the first time in the Mossy Creek universe, a story is being told from two different POVs. I fought against it at first because it is different from the other titles but I quickly realized it is the only way to really do the story justice. So we’re getting some more Jax and getting our first introduction to Maddy Ruiz. While it doesn’t end on a cliffhanger, it does set up the next full novel.

It also means I really, really want to go straight to Magic Rising. But I have other things I need to do first. Fortunately, Cat’s Paw is already drafted. It just needs the final fleshing out to be done and then edits. I’m waiting now to hear from my alpha reader to see what they think. I’ll admit, I’m both excited and terrified to begin this new story arc for Mac Santos and her friends.

Both books are available for pre-order.

So, while I’ve kept my head down and butt in chair (except when being the responsible adult in the household), other things have been happening. If you guys aren’t following The Passive Voice, you should. That’s especially true if you are a writer and even moreso if you are still considering going the traditional route.

Two posts caught my eye this morning. The first was the very first on the page when I wandered over. It seems Powells, the huge indie bookstore in Portland has decided to quit selling its inventory on Amazon. Okay, that’s their choice. I don’t think it’s a smart one, especially not when so many folks are not getting out and when so many businesses are hurting. But they have jumped fulling onto the “Amazon evil” bandwagon.

Like PG said in his commentary, everyone is free to do business with Amazon or not. But why take to social media and certain journalism outlets to trash Amazon in the process? And I find myself asking if this is a business decision they made after looking at their bottom line and the future of the bookstore or if this is a kneejerk reaction in an attempt to appease the so-called peaceful protesters in Portland. Here’s a hint: my guess is that it is more the second (as well as an attempt to show how woke they are) than it is the former.

The second article PG linked to that caught my attention comes from the Wall Street Journal. It deals with something that should be near and dear to all of us: Free Speech. While I don’t agree with everything the author says, I agree with a lot of it. this paragraph in particular struck a chord with me:

The American Association of University Professors, in its Statement of Professional Ethics, makes clear that educators are to “practice intellectual honesty,” “encourage the free pursuit of learning in their students,” and “respect and defend the free inquiry” of fellow academics. Furthermore, as citizens, scholars have “a particular obligation to promote conditions of free inquiry.” University administrators may not have the courage to hold their institutions to these standards, but there’s no reason courts won’t.

Encourage the free pursuit of learning in their students. . . .

Respect and defend the free inquiry of fellow academics. . . .

As citizens, scholars have a particular oblication to promote conditions of free inquiry. . .

How different that is from what we see on our college campuses these days where professors tell students that if they don’t toe the liberal line they aren’t welcome in their classrooms. Or where college administrators do everything they can to limit free speech that might lead to controversy (in other words, that might hurt someone’s itty bitty feewings).

As writers, this is something we should be fighting to preserve. Instead, too many are openly advocating silencing dissenting voices or the exchange of ideas and opinions that don’t match their own.

I know there will be a certain group who will jump on this and accuse MGC of practicing our own form of censorship. Here’s the truth. We have blocked less than 10 people that I know of over the more than 10 years the blog has been in existence. We do so only after multiple warnings. If someone comes here with a dissenting opinion, fine. But they’d better be ready to defend their position with facts and figures, not just hand-wavium and even less reliable means. Expect to become a chew toy if you come in and start attacking without a basis to do. But come in and engage in a well-reasoned debate and you’ll find a lot of folks willing to discuss the matter with you.

Anyway, in this day and age, we need to be doing everything we can to protect our rights as citizens of this great nation. Freedom of Speech is one of the top two on my list. If we lose either one, we are doomed.

Okay, enough of all that. It’s time for me to get back to work. Until later!

8 thoughts on “Falling down the writing rabbit hole”