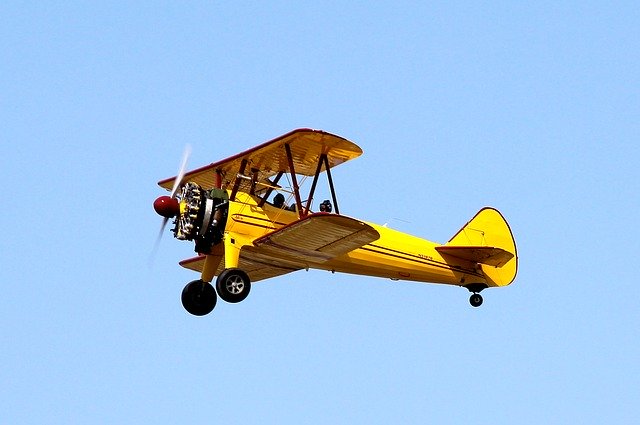 Writing is a lot like flying a plane.  If no one you know has ever flown a plane, and the entire concept is a little hazy, but you know that birds fly and there must be a way, and therefore you assemble a plane out of duct tape and bale wire.

Needless to say most such contraptions — and novels — never work. That’s because people writing them are writing because they-once-saw-something-like-that and think they can make it work. But that is not the point right now– the point is that there are things and ways to help you make your little novel — or plane — fly. And there are others who will only ensure that any lift you get is temporary, and that you crash and can never rise again.The things that will help you are much the same things that will help if — say — you decide to build a small plane.  (No, not me. Of the many issues I have, wanting to take off at high speed to high altitudes isn’t one of them.)

In this day of internet access there must be about a million youtube videos.  There are books on how to build small planes, or how to write novels. There are step by step instructions by a multitude of people.

You can find your way, with a lot of work, to where you’re flying that novel, and looking down below at all the little people mired in the muck, who would have no idea how to build a plot or present a character.

And I can’t hold your hand and tell you “beware the chasm.”  No one can.

For one, there are more sources of information out there than I could keep track of in a month of Sundays and doing nothing else.  For another, information/advice/ instruction that is very bad for me, might be just what you need to get you out of the flat spot.

During one of the longest dry spells of my writing life — over six months — when I was so broken and discouraged that nothing worked to get me writing again, I stumbled on a new agey writing book, all about how writing should be your Zen practice.

Look, my rallying cry (for a lot of things, but also) for writing could be described as “No Woo Woo!”  I’m eminently practical and think that money is the sincerest form of flattery. Normally the idea that you should just write as some sort of spiritual practice, and not for money/results, would have driven me to throwing the advice book against the wall with force.

But right then, in both desperate need of writing (I go a little loopy(er) when I don’t) and defeated and tired of trying, I clutched onto that as a pathway to sanity.  I started writing every day, even if I thought it would have no result. And … well, and I sold my first short story six months later.

So, you know, even you yourself, at different times might benefit from what wouldn’t help you earlier or later.

The one piece of writing advice/author I will unreservedly recommend is Dwight Swain Techniques of the Selling writer.  I can’t vouchsafe for his bookBuilding Story People,because I’ve never used it. Every writer gets one thing for free and in my case, what I get for free is people. But others who have used  it tell me it’s good.

Dwight Swain took me from a talented but hopeless amateur to a professional writer, after reading him and practicing for a few months. He then did the same for husband and son.  So, you know, he’s a good teacher.

He’s also a violation of the first principle I’ll give you to find out whom you should listen to: If you want to know if you should listen to advice on how to write, look at the teacher’s writing.  (Not necessarily his/her career, as there are all sorts of things that go into that, but his/her writing.)

Take for instance son’s middle school English teacher, who — having misunderstood some lesson in college, took minimalism to another level (without even knowing it was a current, I’m sure, and thinking it was a universal rule) and forbid the use of PRONOUNS.  So you know, instead of saying “Michael took his pen” you were supposed to say “Michael took Michael’s pen.” Otherwise you were a bad writer.

I think we can all safely ignore HER advice.  (Whether we should also buy her an I love me jacket is a whole ‘nother question. In her defense, she smoked a lot of weed, so I’m not even sure she could find the real world, with two hands, a map and a seeing eye dog.)

But there’s a lot of other very bad advice around, which can be cured by looking at the writing of those giving the advice. And those who break it.

Take the no-first-person thing.  Anyone who rails against it, I’ve found, is not a patch on Heinlein who used first person by preference.

So? I’m sure there are a lot of badly built planes, but it doesn’t mean someone who learns and studies can’t do it well.

Now, present tense? That means you’re an abomination onto Nugan and– Okay, fine. I hate present tense writing. And it seems to be designed to make the strings of the story more obvious. I will not write it (unless in a very short story) and I will actively avoid it.  BUT I have read at least one novel, beginning to end written in present tense. Which means it’s possible to do it in a way that captures the reader’s attention.

Now I don’t know if my writing would give someone fair warning on why I don’t like present tense, but probably? The fact I can confuse verb tenses even with everything in the past tense is probably fair warning that I don’t like it because I wouldn’t be able to do it without becoming all tangled up.

So, that’s my first advice: read the mentor’s work, before you decide to believe him/her.

Second: Beware of older how to write books that expound on the type of structure, plot or character that will make you successful.  Why? Because those books are ultimately “how to capture an editor’s attention.” If you’re writing indie, remember that what the public likes, versus what the editors like is a big and wide chasm. Not only won’t most of it help you, but it might hinder you.

Third: There are no magic bullets or short cuts.  There is no wording that if used on the third and fifth lines of the novel guarantees it will be a mega bestseller. You’ll still have to learn the basics of how to build your world, your people, and how to present them so other people “get” them.

It doesn’t have to be perfect (thank heavens) but even so, there is no magic bullet that will ensure success.

Fourth: You have to practice.  As an art writing is more akin to playing the piano than–  Well…. No. Writing is akin to playing the piano or painting a beautiful picture.  You have to learn to do it. Step by step.  And some of the product along the way won’t be saleable, or it won’t sell very much. But you have to keep doing it and trust me, please (I was never good at trusting the process, so I’m telling you to trust me, instead) you will get better.  If even I could get better, so can you.

Don’t be discouraged by your airplane of duct tape and wire, you’ll get better.

All of this will take a long time, and a lot of work.  But there is a good chance at the end of it you’ll achieve flight, to some degree.

And when you’re soaring in the wings of a novel? There’s no better feeling.