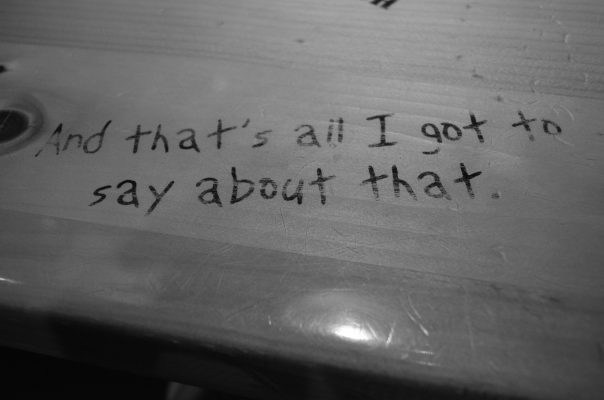 No one would believe it if I wrote it into one of my novels. That’s what I find myself saying more and more these days. From the shutdown over Covid-19 to Hollywood stars actually believing they are smart enough and politically savvy enough to tell us how we should live, real life is something even fiction would disavow. So what is a novelist to do?

That’s a question I asked myself several times yesterday. I’m still fighting horrible allergies and the ensuring migraines and near migraines. But those have to be put on hold do deal with real life consequences from the Covid-19 shutdown. My almost 90-year-old mother had a number of doctor appointments postponed because of the overreaction to the virus. Those appointments were rescheduled and we started making the rounds last two weeks.

First came the retinologist. Except, as we were ready to leave, we realized it was Memorial Day. Yes, we’d received the automated confirmation call the day before. Yes, we had the notes we’d made when we rescheduled the original appointment when they called to say that, because of Covid-19, the office was closed. But would they really be there on a national holiday?

The answer was no. Fortunately for all parties involved, we called before making the trek to Dallas. the next morning, Mom called and the appointments clerk didn’t so much as offer an apology. She simply reset the appointment and said she couldn’t figure out how the appointment had been made for the previous day.

Then came the appointment with her regular eye doctor. At least they called–a real person mind you–and not only confirmed that particular appointment but explained the hoops that had to be jumped through just to come to the appointment. We had to wear masks. We might be asked to wait downstairs in the lobby if there were too many people in the waiting room. Mom’s temperature would be taken before she was allowed to see the doctor. Oh, and I might or might not be allowed back.

That is where the next level of frustration came in. After sitting in the waiting room for a few minutes, waiting for Mom to be called back, the tech finally appeared and told her it was her turn. But, because I wasn’t her “caretaker”, I couldn’t go back with her. Forget about the fact she has macular degeneration and once her eyes are dilated, she can’t read anything. Forget that she is almost 90 and I’ve been going back with her for her appointments for the last two years. Oh, and let’s not have any consistent policy in place. Something that became evident as the next two patients were shown back and their spouses were allowed with them.

But we survived and made it home.

Next up, Mom’s PCP. At least they had a consistent policy in place. If you weren’t a caretaker, you were not allowed back with the patient. in fact, you weren’t allowed in the waiting area at all. Fortunately–this is Texas in June after all–there was a place to wait by the elevators. But, we still had to be masked and we still had to maintain social distancing.

Then came yesterday and it was time to finally see the retinologist. Let’s say, neither of us were looking forward to the appointment. These appointments are always mentally trying for both of us. If Mom’s eyes are worse, she faces getting a shot in one of them. Yep, you read that right. A needle in the eye. We’ve been extremely lucky and the treatment she’s received has prevented that for some several years. But it is the unknown and it does weigh on you.

Add to that the following: when we got the call confirming the appointment, part of the spiel was that we might have to wait “in the car” if there were too many people already at the office. Again, this is Texas in June. Sitting in the car usually isn’t a safe option. But a doctor’s office is advocating for it. Hmm.

This office is located inside an office tower at one of the local hospitals. So we parked and headed inside. Now, like so many other buildings right now, all foot traffic was funneled in through a single entrance point. Just inside the door, we were stopped by a masked and gloved nurse who took our temperatures and secured bands on our wrists to confirm we were “safe” to enter.

As we made our way to the elevators, I looked around. The chairs lining one side of the corridor had not been marked off like they were at the hospital’s main campus where Mom’s other doctors are. In fact, out of a 9 or 10 foot span of chairs, only one had been marked off. There were no markings on the floor about where folks should stand. A small sign, easily overlooked, noted that only four people were allowed on the elevator at any one time.

Upstairs, there was nothing on the door to the doctor’s office about what precautions or limits were in place. Inside, none of the chairs had been removed or marked off to insure social distancing. And no one was monitoring where people sat. At the time, maybe a quarter of the seats were taken but, if you were worried about social distancing, that was still too many considering the layout of the chairs and where people were sitting.

We checked Mom in, which included me filling out a Covid-19 screening sheet because I dared come in from the car. Not that they were going to let me go back with Mom. So, while she went back to meet with the doctor, I waited and watched and listened (hey, I’m a writer. it’s what I do). What I saw showed the idiocy of our current situation.

A gentleman came in a few minutes after Mom had gone back. Like the rest of us, he was masked. He checked in and had to be helped with the paperwork because–duh–he has eye problems. But his wife was in the car since they’d told them at his last appointment she needed to wait there due to Covid-19 precautions and social distancing.

In the car, with the temperatures nearing the mid-90s and no breeze and little to no shade.

Worse, a doctor’s office was telling its patients to put loved ones’ lives in danger by staying in a locked car in the heat. Oh, but they could run the A/C in the car if they got too hot.

You can’t make this shit up.

If I put all this in a book and kept it as a serious scene, no one would believe it. Make it a farce, and it flies.

So that’s what we have to realize. Right now, we are living in a very bad face. It is up to us to make sure we don’t use today as a template for a normal day in the life of our characters unless they, too, are living in a farce. Usually, that’s easy to remember. But some days, you have to wonder when we’re going to wake up and find this has all been a bad dream brought on by that slice of three-day-old pizza we ate the night before.

Featured image by lcarissimi from Pixabay