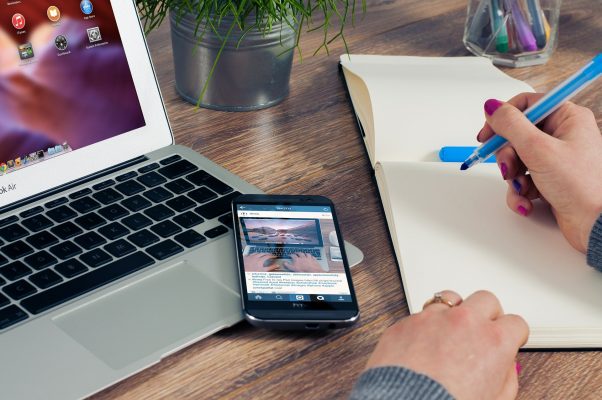 So, your butt’s in your chair and your fingers are poised above the keyboard. Music appropriate to your current work-in-progress is playing and you’ve slipped on your noise-cancelling headphones to cut out the sounds of your kids, your spouse, your animals, whatever. Your muse is happily rubbing her hands together, ready to get work.

And it all comes sliding to a halt as your back-brain slams on the brakes. Do you have all the research done? Do you know where the story is going? Do you have all your software updated and ready for formatting, etc? Popcorn kittens!

Here is a list of what software I use–and why–throughout the creation and conversion process. I’ll offer some alternatives as well. However, I’m only listing programs I’ve used. Some are free and others have a cost. Some are also cross-platform while a few are OS limited.

Until recently, this was limited to pen and paper or notes typed into a document and stored in the same folder on my laptop (and backed up elsewhere) as my work-in-progress. This usually meant I had notes on settings, characters, plot. But it was almost always all text. Sometimes, I found myself going into such detail that I felt like I’d already written the book when I finished. that’s not good. At least not for me. So I went looking for something else and found Plottr (which I wrote about two weeks ago).

I like Plottr because I’m visual and this lets me see the plot as a graph. I can go into as much or as little detail as I want. There are tabs where I can add notes, character sketches, even location notes. The program has gone through an update since I first wrote about it and now allows you to add photos to your character and other note sections. That means you can add a map or floor plans. Better yet, by entering the plot threads, I can make sure I don’t leave someone hanging off the cliff and forget to go back to them.

This is a paid program but it does offer a free trial.

I also use Nebo for quick notes, especially when I’m away from home. It is cross-platform. I can use it with my iPad or with my laptop (PC or Mac). It is pretty good at converting handwriting to text as well, which is a plus. This is great for me because sometimes I have to go “old school” to get the creative juices flowing. With Nebo, I can jot down and idea or start of a scene, convert it and then save it out as a doc to be imported into Word. I can also use the app to draw a map, sketch out a floor plan or spaceship. It is, in short, my doodling app when it comes to writing.

This is really a “what is your preference” sort of thing. I’ve written in Scrivener and know a lot of writers who do. To me, it has too many bells and whistles, not to mention distractions. There is also a learning curve I don’t want to take the time to master fully. Paid program.

For me, I use MS Word. I know, I know, it’s Microsoft. But it is also still the go-to program for much of publishing, not to mention much of the rest of the world. I also think it’s review function is better than any other word processor I’ve used, especially if multiple people are reviewing a document. Like Scrivener, this is a paid program and, worse, a subscription one.

Free alternatives include Open Office and Libre Office. Both are open source programs. Of the two, I prefer Libre Office, but it’s been a while since I used it. Also, if you are leaning toward using one of these programs, or one similar, do some research and see how they play with the various conversion programs. The last thing you want is for junk code from your word processing program to muck up your converted project.

Aids I use (or have used) with my word processor are Grammarly and ProWritingAid. I prefer the latter. Both are juiced up versions of grammar and spellcheck programs. They aren’t perfect, but they can help you identify overused words, a reliance on colloquialisms, etc. Grammarly has a free version that is limited with what you can do with it (at least it did the last time I checked). Full versions of both are paid programs.

This is where you can spend nothing or spend a lot of money. Two free programs I’ve used with varying levels of success are Calibre and Sigil. Calibre will do basic conversion but, unless you want to muck about with the html coding for your ebook, you don’t get the bells and whistles you can get with some other programs. The strength you get from Calibre is you can use it to convert to both Mobi and ePub formats.

Sigil was one of the first programs I used to convert a doc file to ePub. You have to jump through a few more hoops with Sigil just to get started because it doesn’t work with doc or docx files (again, the last time I used it). You also need a working knowledge of at least the basics of html coding. This gives you more control over your final product but most of us don’t want to worry about doing actual coding.

Jutoh is another program I’ve played with but, like Scrivener, moved away from because of the learning curve and too many bells and whistles.

My go-to program for conversion is a Mac-only program and is fairly costly. However, for the final product and for the ease of use, I think it is well worth it. That program is Vellum. Not only does it make designing good looking e-books easy but it also lets you use the exact same “design” for the corresponding print version of the book. There is a small learning curve but the program is, or at least was for me, very intuitive. If there is a downside, once you’ve been using Vellum for a while, you start recognizing other books that have been produced using the program. (What is interesting is seeing the number of traditionally published books that look to be done using it instead of InDesign, which has been the go-to program for a long time.)

My preference is to have someone else do my covers for me. However, that isn’t always an option. For photo editing and text placement, I use Gimp. It is the open source alternative to Photoshop. I’d love to use the latter but will not pay the price, especially since it is by subscription only. There is a learning curve to Gimp, sometimes a steep one as you move into doing more complex manipulations of an image. However, if you are familiar with Photoshop, you’ll quickly see the similarities in how things work.

Another program I’ve used, mainly for adding text to an image, is Photoscape. It is a very muchly pared down photo editing program. I stopped using it probably two years or more ago as I became more confident with Gimp.

These are just some of the programs available. To be honest, all you really need is a word processing program. If you use a service like Draft2Digital, they have a conversion program available to you when you upload your doc or docx file. Amazon and most of the other “stores” can convert your work file as well.

I haven’t looked at other sites, but Amazon’s KDP platform even has a cover creation option. You can use one of their templates with a generic cover image or you can import your own image and then use the program to add your text. This works for both e-books and print versions. It is easier than creating your own from scratch but you are limited in fonts, effects, where you can place the text, etc.

In other words, you can have as much or as little hands on control over the conversion process as you want. Because I like to add more “flair” to how the interior file of my books look than I get by letting Amazon or someone else do the conversion, I invested in Vellum. The questions you have to ask–and answer–is what you want, how much you are willing to spend and how much work you want to put into it.

All I know for certain is that the conversion process has come a very long way in the years since I first entered the indie market. Back then, I hand-coded the html for my novels. Now, I can focus on writing the book and then it is just a matter of importing, clicking a few buttons and waiting a minute or two while the process works. I’ll take the latter any day of the week.