I was reading a book the other day, and thinking about how improbable the central conceit it contained really was. Even for a book published when my grandmother was a small girl. I kept reading it, anyway, and enjoyed it, but that didn’t change the fact that it was impossible from beginning to end.

Heh. Enough of that. This is what I’m talking about:

In literature, a conceit is an idea, collection of ideas, metaphor, structure, or other imagined device which defines or enables the world of the story, or some action in it. Conceits can be obvious; if a book is about space explorers who question their humanity upon discovering life on Mars, the conceit is that there is life on Mars. Originally the term was used much more specifically, to refer to a deliberately chosen juxtaposition that rarely or never occurs naturally (life/Mars), used as a means of revealing the unique properties of the items or ideas being juxtaposed. Its usage has become much broadened.

The specific book I was reading was The Grey Mask, by Patricia Wentworth. Sarah Hoyt had introduced me to Wentworth’s fluffy mysteries some time ago, but they were not cheap on kindle, so I had read a few, and then wandered away to read other things. Recently they have gone out of copyright and are now a buck or two and they are well worth that! You’ll find them mostly under her real name, Dora Amy Elles, for that price. Fun, light mysteries with that peculiarly British conceit of the elderly knitting lady solving crimes… although Wentworth’s Miss Silver is a bonafide private detective in that she makes her living solving crimes. Above and beyond that conceit, however, the Grey Mask was particularly… well. I’m going to spoil the book here. If you haven’t read it, and want to before reading the rest, go ahead. This post will be here when you can come back, and we can discuss in comments. If you enjoy Agatha Christie or Mary Roberts Rhinehart you will likely enjoy Wentworth as well.

The central conceit of Grey Mask is that a young man returns from being Away (never you mind why…) and discovers a horribly masked man running a conspiracy of criminals from his long-empty ancestral home. He really ought to jump up, run out, and notify the police, but he recognizes one of the people coming to report to the criminal mastermind: his former betrothed, who jilted him at the altar. Still carrying a torch, he attempts to discover if she had really gone bad, or had been tricked into something.

It’s so trite and over-the-top, especially to modern eyes. However, it was written in 1928. The public was feasting on mysteries, conspiracies, the weird and twisted. DH Lawrence would publish Lady Chatterley’s Lover in this year. Agatha Christie’s Blue Train, Dorothy Sayer’s Unpleasantness at the Bellona Club and her Lord Peter Views the Body would come out. It interested me to look at this list of popular books published that year, almost a hundred years ago now, and note how many of them I have either read, or at least heard of. Improbable conceits? Skylark of Space came out in 1928. How much more improbable might that have seemed to the readers then versus that masked conspiracy  to me, now? I don’t think that three Hardy Boys mysteries coming out in that year lent itself to the conceit of Grey Mask (or the other books of that year) but they do show, I suspect, the accepted, comfortable, and popular themes of adult books writ into books for the young to consume and be molded by.

The other part of Grey Mask that ought to have kicked me right out of the story is that so much of it relies on wild coincidences. The heroine happens to be at the right place at the right time – in a vast, bustling city – to rescue a pivotal plot character. And then there is a wildly improbable coincidental relationship between those two – foreshadowed so heavily as to be immediately transparent – that plays into some of the necessary (is it? Is it always necessary to have the heroine dripping with fears?) drama that plays out in preventing our two lovebirds from being together.

And yet… and yet even though I could have guessed some of it from the beginning, and the ending was awfully contrived, I still read it, enjoyed it, and am happily munching my little bookworm self through all the Miss Silver series (there’s 30-odd of them) to the mild dismay of my First Reader (we share a Kindle account, as it’s easier for me to keep him in reading material this way) as he has to ignore them. He’s read one or two but they are decidedly not his cup of tea. I come for the characters, he pays more attention to the holes in the plot and the conceit that is so contrived it resembles a rococo sitting room. 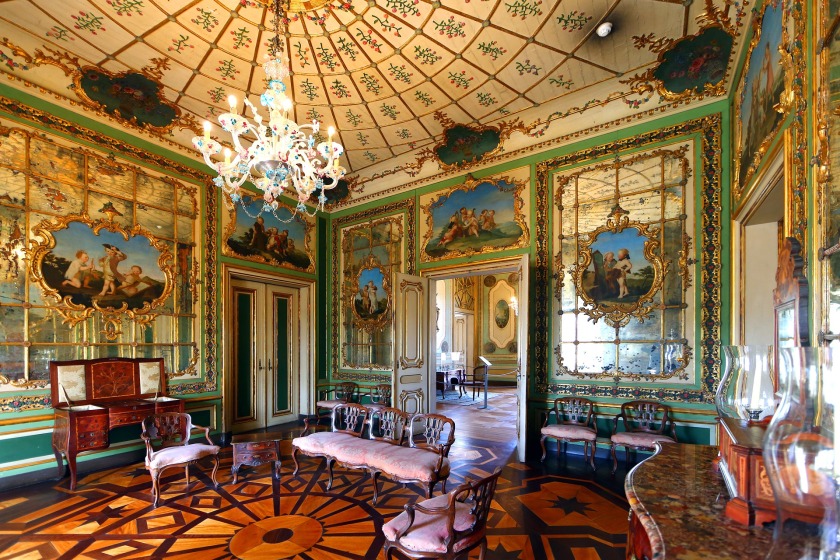 Header image is from Pixabay, by Dozemode.