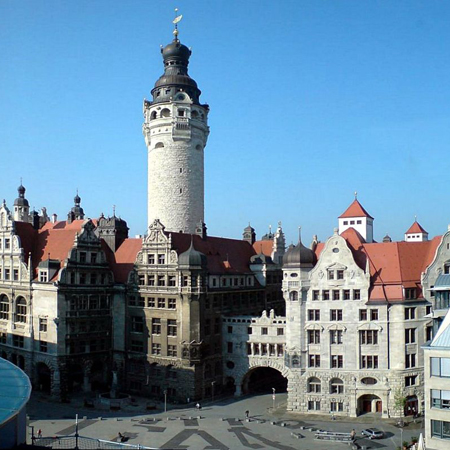 Without going into the boring details, it’s been a rough month. Not that I’m complaining. After all, unlike pretty much everyone else in the country, I planned to be stuck at home for all of March. So, no gripes there. And while everyone else has been going stir-crazy, I’ve been going passive. Lacking the energy and concentration to do anything worthwhile, I’ve mostly been lying around like a damp rag, listening to audiobooks. Mostly to various German tutorials, because unlike novels, they don’t have a plot which requires my attention. Well, not much of one anyway.

Wandering among different tutorials produced at different times has given me a mild case of temporal whiplash.

Try as I might to ignore the world, I have perforce been somewhat aware of the social and political changes in American culture over the last fifty years. But German culture? My mental landscape was formed between 1960 and 1975 and I had never revisited it.

Now I’ve been plunged into a world in which nobody ever mentions die sogenannte DDR (the so-called Deutsche Demokratische Republik) because they don’t have the DDR to kick around any more. Instead they talk about the Wiedervereinigung (reunification) or, if they’re in a hurry, simply die Wende (the turning point). Oh, and Leipzig isn’t a bleak spot behind the Iron Curtain any more; it’s a tourist attraction.

“Well, Margaret, you should have seen that coming.”

Yeah, but I hadn’t made the mental leap to what it would mean in conversation.

Things get weirder from there out. Sampling audio lessons made at different periods over the last 50 years means that while the speakers in one set of dialogues are looking for a tobacco shop and discussing the merits of cigars over pipes, in another lesson plan they’re looking for a nonsmoking hotel with good exercise facilities and a green star for recycling. One pair of speakers is all about their favorite beers, the next is bent on explaining all their food allergies. (I haven’t yet come across anybody who requires gluten-free meals, but just wait.)

In one group of lessons the formal “Sie” doesn’t exist; people dutzen each other casually. Um, there’s no English equivalent for dutzen, because in English we haven’t used the informal second person since the last Quaker stopped addressing people as “Thee.” Call it being on a first-name basis. In these dialogues nobody seems to have a last name. That might be a function of what age group the lessons are aimed at; I think that particular set was designed for millennials. In good old stodgy Pimsleur the du/Sie distinction is still alive and well.

Then there’s the rash of English loanwords… and some words whose provenance escapes me. I won’t bore you with a list, but most of these loanwords are replacing perfectly usable German originals. Why should an infant now be a Baby instead of a Kindlein? Even the neologisms are startling. Alma, if you’re listening, can you tell me why a cell phone is a Handy and a pen a Kuli?

Oh, and did I mention the PC factor? I don’t know which is more irritating, the lengthy dialogue in which the speakers agree that because of their deep concern for the environment the hotel that employs them should send everybody to a very important conference in which they can voice their dedication to recycling… or the set of lessons that self-consciously asks me to translate, “He is giving a book to his husband.”

Okay, about the time travel bit: I’m not just complaining about all this. All this startlement and amazement ought to be useful for a writer, especially a science fiction writer. After this month’s back-and-forth through the decades I’m longing to write a character who gets zipped fifty to a hundred years into the future, just because I now have so many ideas for the little things that will keep him bemused and, hopefully, make the reader have that sense of ground falling away underfoot. I don’t know if I can use the loanwords bit, because that was done so brilliantly in A Clockwork Orange that I hesitate to even tread on the same ground. But the rest? This month has been an illuminating display of how unsettling even minor social changes can be when they’re thrust upon you without warning, how difficult it can be to understand a conversation when the speakers’ underlying assumptions differ from yours in ways you had never consciously considered.

So… looking ahead another half-century… what little things do you suppose would keep reminding someone from 2020 that 2070 is another world? Never mind the flying cars and Mars colonies. What fun could we have, imagining how conversational rules and assumptions may have changed? Easy at this point to look ahead a year or two and imagine that shaking hands is seen as an extremely impolite aggression and that all air travelers have to pass through quarantines… but what little things will be different fifty years out? Will the EU still exist? Will China? Will families be a thing of the past or will they be stronger than ever? Are we going to develop a perfectly neutral set of pronouns for safe conversation with strangers?

I can’t predict; nobody can. But it’s fun to try, and even more fun to think how we’d weave social changes into the dialogues of the future.