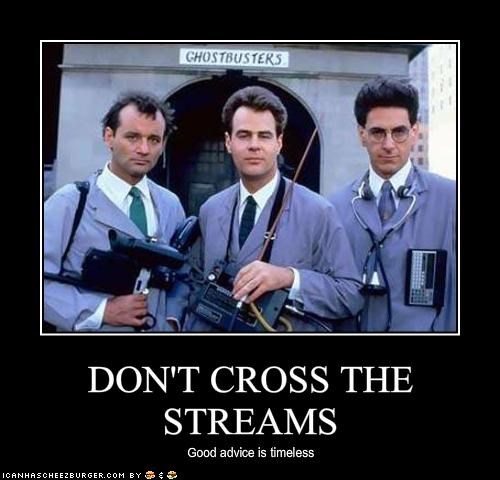 When we tell our story, what audience are we seeking to gain?  Who are we aiming for? What demographic do we want to come running towards us with their shekels in hand?

My oldest child, a blond-haired blue-eyed hapa haole which takes after his mother, is 5 ½ years old.  He likes listening to “Daddy’s music.” We’ve been driving everywhere together since he was born. I used to take him for drives when his mother needed a break from the not-quite sleepy infant.  Middle of winter in Logan, Utah, I’d have his car seat on the rear bench in my truck as we drove through snow and slush with Brooks & Dunn, Poison, ZZ Top, Cinderella, Elvis or Sinatra playing. I consider “Legs” to be a perfectly acceptable lullaby for a baby.

Still, it shocked me Wednesday night when he was watching a Netflix show and wolves appeared, at which point he began singing the lyrics “in their own track, came the wolfpack!”

That’s Sabaton.  From the Primo Victoria album.  Granted he’s 5, but does he know the history behind that song?  Answer: probably not, so let’s go fix that.

I cued up ‘Wolfpack’ on Youtube, sure enough somebody had made a fan video which included footage from the Battle of the Atlantic and what I would guesstimate is the period in question when Wolfpack Hecht scoured the high seas to stop Convoy ON-92.  Video begins, daddy stops it as needed to explain things. Except I forgot something important.

“Daddy what were those submarines doing?”

“Trying to sink those cargo ships.”

Brain lock.  Oh hell.  How do you explain to a 5 year-old the ramifications of submarines sinking cargo ships in the midst of a globe-spanning multinational conflict which saw millions dead over the span of less than 10 years?  I try very hard to talk to my son as if he’s an adult, but this is a huge leap for me. How do you explain that those men, on either side, were performing their duty to the country they loved?

How does a father explain sacrifice, perseverance and facing catastrophe?  My son’s concept of life is so limited compared to everything I’ve done over the last 32 years.  How do you explain what it means to stand and be still to the Birkenhead Drill? That sometimes, all you can do is spit on your hands and lower your pike?

Look at your manuscript- who are you trying to sell it to?  And who is your genre audience? Those are two separate questions, and if both don’t possess the same specific answer, you’re doing something wrong.

In military science fiction, the fanbase is largely composed of veterans, history lovers, even the odd casual reader here and there.  It is not written for philosophically minded dopers who shop at Hot Topic to feel edgy. Probably won’t find it’s fanbase in an Urban Outfitters either.

Tom Kratman’s Legio del Cid series was marketed to fans of Mil SF.  But it was also written so it appealed to those fans of the genre.  Look to the beginning of the very first book- which is below as a picture.

Tacitus.  A Roman name.  Those of us who deeply love Military SF are also avid students of history.  History provides the annals from which we draw inspiration, wisdom and learning.  The Gallic campaigns of Caesar which ended with his stunning victory at Alesia are every bit as relevant to a young officer or junior noncom in the 21st century as they were to the generations of tribunes, centurions and decurions who came after Caesar, to be a part of the mighty Roman war machine.

The opening paragraph is itself a reminder of what this book is about.  “Even more pleasant was the sight of his enemies, beaten and bleeding, captive and bound.”  Conflict has occurred. The current object of our attention has engaged in such. The rich imagery might as well be from a Robert Howard Conan story, a victorious legatus at the head of his legion against brutish barbarians, Washington completing the rout of the British Army at Yorktown, Jackson at New Orleans in 1815.  It invokes the emotions, thoughts, memories and experiences which draw us inwards and onwards.

Compare this with Hurley’s The Light Brigade. “Don’t fight the darkness.  Bring the light.” Not a bad quote, but not one which feels appropriate.  This is Hurley’s debut piece in the genre. Nor is Hurley prior-service. We can forgive some errors, so long as the work itself improves.  Let’s get back into it.

“They said the war would turn us into light.”

What?  Really?  You can use that line in a young adult novel, you’ll be fine.  Fantasy? Knock yourself out. Maybe even a crime thriller, or a horror story.  But in a non-juvenile piece of work? In the genre of Mil SF? No. That sounds artsy fartsy.  Not soldierly. “I want to be counted among the heroes who gave us this better world. That’s what I told the recruiter.  That’s what I told my first squad leader.”

Zero.  Get back right now.  Touch my damn bulkhead and don’t you dare move or I’ll keep you on the quarterdeck till your ancestors hate me.

Now, tell me, what recruiter on this green earth did you try that line with?  Yeah, that’s what I thought. No balls, go say that to a recruiter right now. He’ll fight to keep his bearing, and not laugh his chevrons off.  Staff Sergeant Garcia (Lancaster RSS 2008) would’ve told you to quit wasting his time. As for “That’s what I told my first squad leader” well I got a hot newsflash for you sports fans: that shovel worth of horse manure doesn’t work either.  If I had proclaimed such candy ass nonsense to Staff Sergeant Hakim when I reported to the Fleet Marine Corps as a brand new E-2, even money says he’d have left me in the hands of Corporal Salvador Huerta and said “fix his trash.” SSgt. Hakim was a great gun chief, but he didn’t tolerate such nonsense and Corporal Huerta was the strong right arm to correct such matters.  God bless them both.

Can we see the differences I’m driving at?  I hope so. Now consider what this says about the rest of the story.  In that first page, we as writers are selling the book to potential readers.  Which one works? Which one doesn’t? Kratman’s work was marketed to Mil SF fans, and is written for that audience.  Hurley’s book was marketed as the next great Mil SF novel, but it’s written for the “woke” crowd. The appeal for normal, book-buying Mil SF fans does not exist.  The Venn Diagram overlap between these two groups is so infinitesimally minimal as to be non-existent. What story we as writers tell must fit the audience. Otherwise, we are consigning our self and our work to failure.

My wife wants me to write regency romance.  She’s a fan of those. Guess what is heavily researched, both by fans and fellow authors?  Regency romancers Guess who has vicious reviewers on hand to eviscerate you if you screw up even minor details? Regency romance. It is not a simple matter of “add one shirtless scottish noble in a kilt to corset-bursting maiden in (pick your haircolor) under duress during the British regency equals great novel.”  That way lies ignominy. Furthermore, she thinks Jane Austen is great. I prefer Rifleman Richard Sharpe and ne’er the twain shall meet.

Story matters, not simply in and of itself, but to the pertinent audience.  Trying to sell to the wrong audience doesn’t pay the bills. And if you can’t pay the bills off what you’re writing, it is for sure not time to quit your day job.  If you’re going to write for the woke [amongst us], write accordingly and sell it as such. Do that thing. You’re gonna sell great in New York City and San Francisco and parts of LA.  If you’re trying to write Mil SF, write Mil SF and don’t be surprised when you’ve got book sales in Kabul, Kandahar, Okinawa and Baghdad. But don’t cross the streams. It won’t end well.

As for my son, I followed what advice David Drake gave in An Oblique Approach.  Then we watched the final throwdown in Battleship together.  That he understood.  And someday will understand far better than he does now.

“Jonny Boy, sailors go down to the sea because that’s what their duty demands.  Someday, when you’re much bigger you’ll understand why Gleaves leading that convoy into the hornet’s nest is every bit as important as the Wolfpack in their own track.”