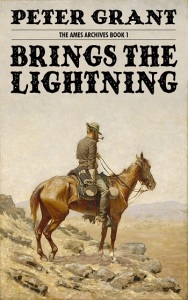 Technically, Dave originally estimated he’d be back this week. But I’m a pessimist when it comes to human plans vs. mother nature. (She almost always wins, and arguing with her gets mighty exciting, mighty quickly!) So if you see this one from June 06, 2016, he’s just getting a week of breathing space for the inevitable last-minute complications.

No two people like the same book (or at least not in precisely same way, for precisely the same reasons).

This is a serious design flaw in the human race, on a par, from the writer’s point of view, with putting the recreation park next to the sewage outfall, and sharing some of the facilities between them. However, we have to manage with the latter, so I suppose we will cope with the former.

Now, let’s state upfront that I am biased in favor of reading. Of as many people as possible reading. Of as many people as possible reading, and enjoying reading so they go and another book just soon as they’ve finished this one… preferably – for the sake of my bank balance – mine, but if reading mine would put them off reading, rather than making them read another book, any book. Whether it’s “Kinky Womb-raiders in day-glo Leather” or Mao’s Little Red Book or Mein Kampf or My Little Pony – if reading that pleases them enough to read another book… it’s a still a win.

If you want the opinions of people who believe that reading is not for the common people, or that if the hoi polloi must read they should damned well read what their betters know is good for them, run along to File 770, or ask SFWA, or Camestros.

Of course their attitude makes as much sense as an emu on acid – but I repeat myself. Let’s rather talk about pleasing as many readers as possible. After all, it doesn’t make any real kind of long term sense (neither financially nor in the terms of the future) to frantically try to accommodate and please a 0.01% minority… if that means excluding larger groups. If you HAVE to choose (and I don’t believe you do – there is space for all sorts of books) it’s not – or shouldn’t be – an absolute, but proportions ought to roughly represent the demographics of the possible readers. It’s rather like being in politics – if you have 40 million unemployed and 40 thousand people unhappy about which public bathroom they can use, you’d naturally focus a thousand times the time in addressing unemployment issues… okay, a poor example, perhaps. I mean what does it really matter if 1000 times as many people have no jobs? Or no books they’d like to read? If they stop reading it will make no difference. Anyway, they can’t stop. They will just read the improving works we commend…

Or they won’t. They can (and do) stop. Start thinking about a populace where most choose not read at all. It doesn’t matter where you sit on the socio-political spectrum as a writer or a reader. That’s a death-wish.

Which brings us back to title. In what must surely be regarded as the most successful time for getting as many people to read as possible – 1960 and early 70’s some authors (and some genres) managed to appeal to enormous numbers of readers. Mills and Boone Romances, Mickey Spillane, Lois L’Amour. This had a spillover effect – meaning that it wasn’t just the popular, but those at the time avant-garde authors – Mack Reynolds, Ursula Le Guin, Joanna Russ… could earn enough to live on and sold enough to be worthwhile publishers buying. Authors made a living selling short stories – that’s is a daydream now. Midlisters were earning good upper-middle-class incomes, writing a book a year. Now… many cannot write without a second job or a supporting partner. 7K a book considered ‘good’ by many.
I’m not advocating ‘turning the clock back’ – but what I am saying is if the vast bulk of readers can’t find that ‘popular appeal’, then the rest is on slow curve to death. Sir Terry Pratchett managed it. JK Rowling managed it. But they’re rarities. So let’s look at when this was common, and in specific look outside the genre, at the cowboy book. It’s a genre that is near dead – and yet there are still millions of young readers devouring Dad or Uncle Fred’s Louis L’Amour collection. It’s not the books that moved away from readers as much as the publishers moving away from the books… somewhere they lost connection.

Now L’Amour is interesting because he appealed to such a wide range of people – people across the world, who would never have seen America, and many of whom had never met a real live American. People across skin color, religion, and political affiliation. From staunch conservatives, to moderates, to outright socialists like my friend Eric Flint. Well, let’s be fair, Flint is a man who might have a MA in African History – but has worked in meat-packing plants, as a laborer. So he’s not your typical mouthy-on-the-internet never actually associated with those filthy workers type socialist. He actually knows work and ordinary workers first hand. I might disagree with him at times particularly about politics, but I like and respect the man… and we enjoy the same books.

So: what did L’Amour do right? Besides appeal to a lot of people: why? I over-analyze everything – I looked L’Amour and the cowboy genre in general when I was setting out to be a writer. Several stick out points, stylistically, are worth noticing. Sentences are generally short, shorter on action. There is a lot of action, non-action is often covered by narrator-style ‘telling’ rather than showing (the books read well aloud. You can almost imagine parts as a fireside yarn). The books themselves are short – often as little as 130 pages or less. They’re usually single point of view (trust me this is actually hard to do well). The successful authors had distinctive ‘voices’ – some of which I pinned on dialogue choice.

Secondly looking at characters themselves – there are a few not white not male characters – but they are decisive. That could just about be the core of the cowboy book, characters may wonder about things, but they don’t angst. While there are elements of a stereotype – courage, integrity, and independence – outside of familial relationships — are just about central. Even when bucking the law – these are good guys, with many of the core values that were looked up to in L’Amour’s youth (and in my opinion still should be – women were treated with respect, hard work, especially manual work valued. A recurring theme is not judging someone on appearances – and that intelligence and being well read (and self-taught) was not something you could judge by that.) Yes, by-in-large the female characters were supporting, and traditionally in feminine roles (not all, but generally – which probably accords with the facts and not fevered imaginations of radical feminist historical revisionists.

Description and setting– it’s not lengthy, but is fairly precise. One got the impression the author been there and seen that.

Finally the plots – the odds are ALWAYS stacked against the hero. The hero may well be a great or fast shot – but a surprising number of the books did not have that. But they did have grit, determination and while action was inevitably part of the solution, often the key stroke is to outmaneuver the foe. L’Amour used his own experience in boxing to write the fist-fights (which I admit are my least favorite part). It is always a can-do story. A story of frontiers, pushing limits of tough, good men. Of a deep pride in the country and people. Of the ability to make it. Of hope and triumph.

So: what else made them work – what else that is missing in modern sf/fantasy?
If you’ve forgotten what a good Western is like – you might try Peter Grant’s excellent Brings the Lightning.

The picture is a link.