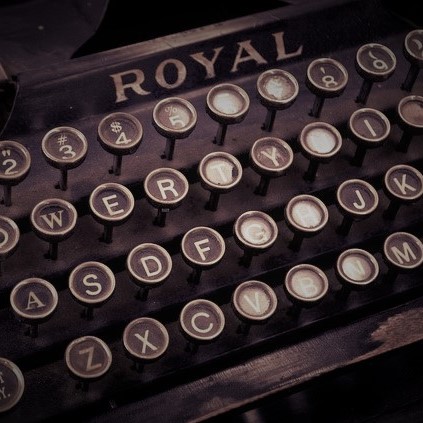 I think we’re back into routine. And I’ve got my head wrapped around it. Which is nice. Feels good. Of course, Mrs. Dave heads off again in a couple weeks, and then there’s LibertyCon, and the littles will be out of school for the summer. Which means and entirely *new* routine to which I’ll get to adjust. Joy. Seriously, I think I’m going to lose my preferred hermitliness method of existence through sheer chaos of life. Which is a little strange, as that’s how I’m going to finish all those books I’m not currently writing.

Swords. Swords, swords, swording. Swordliness. Swordiness, even. Here’s the thing about swords: swords are sidearms. Rarely were they a primary battle weapon. Spears are a great deal cheaper, and more effective (the thing about the spear, you see, is that all the messy business of fighting happens at the pointy end, i.e. a long way from the man holding the spear). Pikes are basically just huge spears. Ditto lances, but for men a-horse.

Even then, your basic lancer, in a line of lancers riding knee-to-knee ‘gainst the foeman were shock cavalry. They rode the heaviest horses they could find, wore the most armor, and did their damnedest to break the will of their enemies. By sticking long spears into them. And really, they weren’t the vast majority of troops on the battlefield. Horses, tack, armor, and training are all expensive. You field as many as you can, and you can never have enough. And while each of them carried a sword, as well, it was a fall-back weapon, and for a lot of history, mounted warriors would as soon fall back on axes and maces and hammers as swords.

See, the thing about the sword is it’s a precision instrument. Even the largest two-handed swords have a point of balance not far from the guard, and was used with an intricate manual of arms. (Do remember what I’ve said: there are always exceptions. The Dacian falx was a forward curved chopper used to great effect against the Roman legions. Even then, the most effective part was psychological. The Forward curved two-hander could hit the Roman scutum and still hit you in the face. Fortunately, the legions had their legendary discipline. And centurions.) And contrary to popular belief, cutting through armor is really hard to do. With hardened plate, it’s impossible with a sword. Which is why late medieval knight in plate armor went in for things like warhammers and poleaxes, where they had a heavy spike available to punch through plate. Even then, they aimed for the weak points.

So as a weapon of war, swords were less used. They were a back-up, in case your spear or axe failed, or if those pesky cavalry got back the pikes and into the archers. Of course, this is in the medieval period.

Now, if you’re not writing military fiction, but something focused on a smaller group of characters than a legion or a division, maybe something on a group of nominal civilians exploring dark and twisted lands in pursuit of a world-saving quest, swords may well be your go-to. Carrying a spear can get you looked distinctly askance at. Not dissimilar to carrying a rifle while grocery shopping. Same goes for a Dane-axe or a halberd. I expect the City Watch would like to have a chat with you about your purpose for wandering around town in full armor, too. Oh, you aren’t from around here? Just traveling through? Well, why don’t you just keep on traveling. We’ll be happy to provide you an escort to the nearest gate.

Now, the reality of going armed is you carry the largest weapon you can. And societal expectations and laws are a part of that. In medieval England, commoners often carried an arming sword and buckler, both of which could be suspended from the belt. In parts of the Germanies, citizens were required to go armed, as I’ve mentioned. Still, carrying a spear across the village green would have no doubt drawn questions about going hunting, or expecting the North Men. Not to mention going armed for battle would interfere with normal day-to-day activities. A sword will mostly stay out of the way while you plow a field. A spear? A longbow? Not as such, no.

Remember that: your background characters are going to have a very different attitude toward heavily armed strangers than your primary characters will. Soldiers (and adventurers) have historically taken what they wanted from those who actually lived on the land being fought over, and your common folk, of whatever legal stripe, will feel that.

There’s more to discuss on this subject, but I’m going to leave it to you. I have to go retrieve a child, and get back to work planning a sustainable training regimen, and spend some skull-sweat figuring out how to shoehorn fiction back into my schedule. Which is the point, after all.