The book, in the forms we might recognize it, has been around for a heartbeat in terms of the universe. Even now, we discuss it’s demise, as we read on our e-readers, or our phones, and the shelves of paper seem so dusty and old-fashioned. Scientists come up with even newer ways to store data – they have encoded cat videos on DNA, to sum up the absurdity of the internet in one small petri dish. They have stored data on molecules that could endure for millions of years (at least, theoretically, none of them having proved that hypothesis).

Just like the storage of data on other mediums, though, this has it’s own problems. Paper is flammable and wettable. 8-tracks, cassette tapes, hard drives, CDs DVDs Blue rays and many many more need specialized readers to access the data stored on them. Sure, molecular data storage is tiny and durable. But do they make handheld mass spectrometers yet? Oh, wait, yes they do. And unlike many spectrometer detectors, the process is non-destructive of the sample being read (again, in theory. But we’re talking science fiction right now, not mass practicality for many people to carry in their pocketses). So yes, in theory we could have millions of books for millions of years, as long as we remember how to read them.

Losing the memory of how to read, collectively, is not that strange a theory. It’s happened here on Earth. Several times that I am aware of and possibly more where all traces of the reading material have been utterly destroyed. I think we’re all familiar with the Rosetta Stone and how it was the key that unlocked dead languages. However, Minoan Linear A remains a mystery to this day, although Linear B was untangled and interpreted after years of effort. How much more difficult is it going to be if all you have for a library is a handful of highly encoded durable protein dust? We could be stomping around daily on top of an alien Library of Alexandria and never even suspect that was possible.

Languages and how it’s encoded has not always been marks on stone, wood, or paper. String was used extensively by the Incas and surrounding cultures in the form of elaborate Quipu, which conveyed math as well as word concepts. Oral traditions are perhaps the most ancient… and malleable, of our traditional data transfers. Even textual records don’t keep the data from being altered, however. Sometimes the alteration is deliberate. More often, perhaps, the alteration is accidental, or at least incidental, as the author of a translated work imprints their own voice and interpretation to it.

Storytelling on paper lacks a certain something that spoken word can give it back. Which is, perhaps, why the Golden Age of Radio is making a comeback in podcasts. Wait, you said reading material in the title… yes, I did. But having a book read to you brings it to life. And you can listen to data while your hands and eyes are doing something else (like weighing out samples in the lab, or loading the mass spec autosampler!) which is a big bonus for reclaiming previously wasted time that could have been spent reading and absorbing data. I tend to listen to a lot of non-fiction research type material, but there are stories out there which you might not be able to find in print format. They went straight to digital media… like Thornvale, which is produced by a friend of mine, but it’s not just that I’m biased toward her work, it’s really good.

Technology advances seemingly relentlessly, a Juggernaut of endless change. One medium rises, then falls, while another appears out of thin air to take it’s place. In the wake of this linger the data sets that can no longer be read easily. Reverse engineering is easier than creating a new thing, but still. Is it worth doing? I look at my shelf full of antique books, and ponder how many of them I’ve read, or will read, or my children will read? Will they? 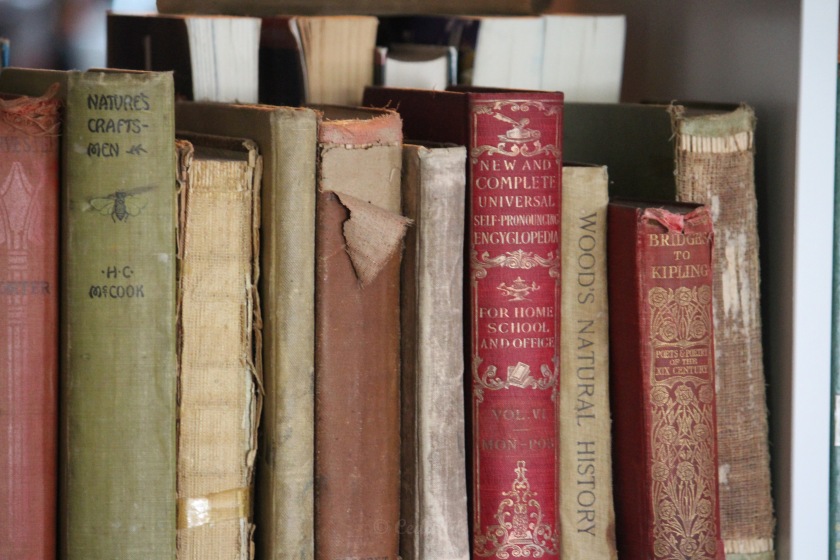 My Grandmother sent me a box full of books a couple of years ago. I have not yet read any of them. But what is precious about them, even the ones that have been loved and used nearly to death, is the family connection. What she sent me were, in most part, school books that had been used by family members. Some I never met, they were dead long before I was born. This is a connection that means more to me than holding a handful of encoded dust. I can hold the pages, see the childish looping handwriting of my Great-grandfather having written his name in a history when he was a boy. When my genetic line was not yet thought of. When time as I know it had yet to begin. I was born 72 years later.

And then there are the books which no longer could be made. The ones that convey messages now deemed repugnant by the current cultural dictate. And if you don’t think cultures, mores, and tastes change, I highly suggest you try out some old books, the older the better, because what might repel you was perfectly normal to them. We are not the same as our ancestors, for better or for worse, and if we destroy all hint of those things we find different, repellant, and unsightly, what have we learned? 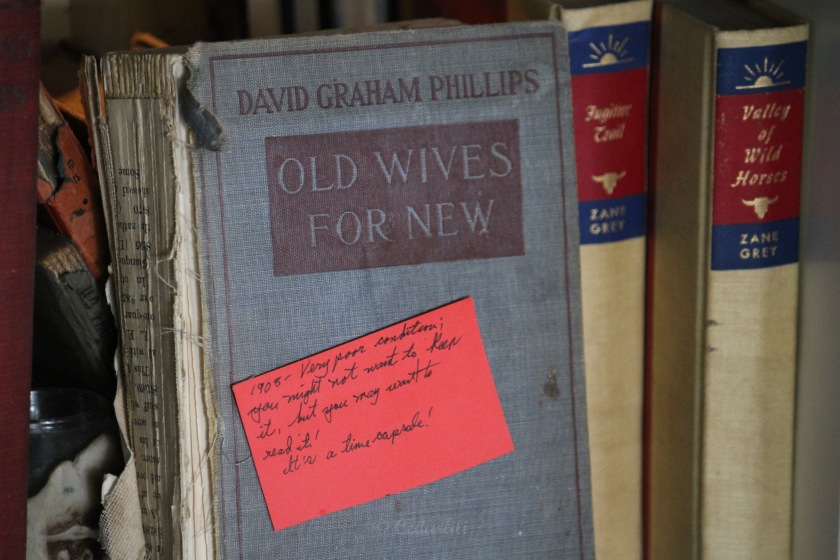 My grandmother’s notes for me are written on sticky pieces of paper produced with technology that led to a non-destructive adhesive. Data encoded on them is ephemeral, easily lost or destroyed. Data integrity is important if you want to preserve the reading material, the notes, the knowledge we have gained with so much difficulty. Books? Molecules? Crystal matrices? I don’t know that it matters. I think what matters is teaching every generation that reading material, listening material, data is important. Keeping it to pass down to the next generation, and the next, as long as humans endure. That’s the important part. And cautioning that it can be lost. It can be destroyed by the short-sighted who wish to rub out history like an errant mark on a school paper. But unlike chalk on slate, books, molecules, the internet existing as fleeting electrons… that’s not so easily washed away once a human sees it, and writes it to the gray matter. As long as they pass it on.