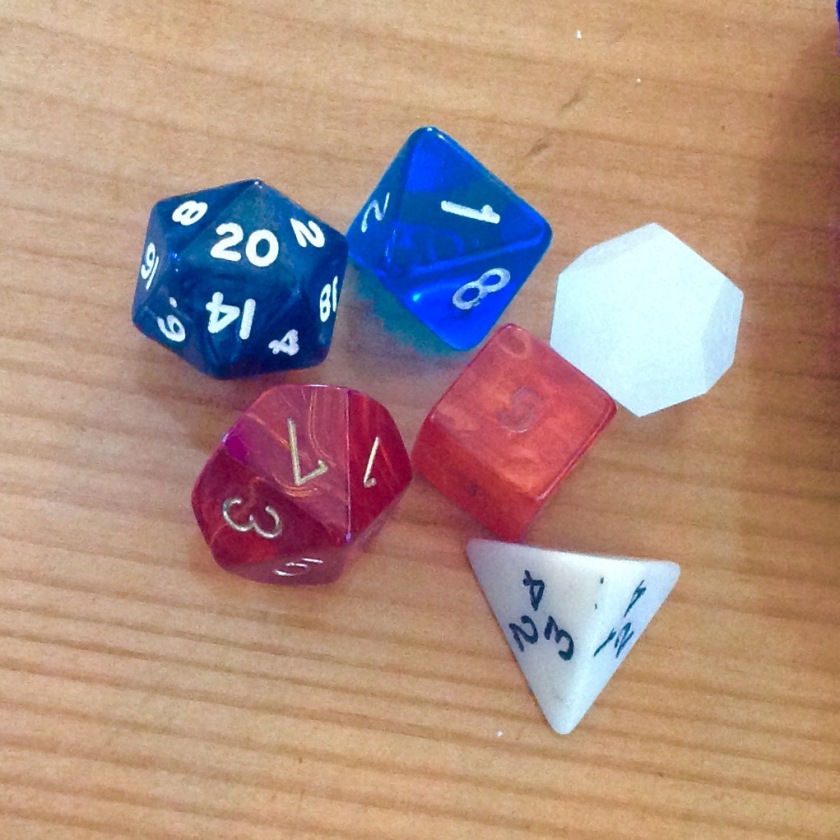 I’m pretty solidly blocked on Scrap Star, right now. Not entirely sure why, and haven’t taken the time to work through it. I’m absolutely certain it has nothing at all to do with my poor sleep habits, lousy diet, and nonexistent exercise regimen. I figure it’s because of holidays, and travel, and children. So I’m doing a little monkeying about with game things. Mrs. Dave may have cadged me an invite to a work buddy’s gaming group, and I had an idea about a dungeon.

So I’m in the process of putting together a buried pseudo-Roman legion stronghold. But it has to be out in the boonies. The howling wilderness, really. Why? Because that’s where most early adventures seem to happen. Small village with complementary tavern (hard to start an adventure without one) and blacksmith, near a trackless forest, vast desert, noisome swamp, or rocky wasteland. Somewhere there’s little in the way of civilization to get in your murderhobos’ way. Somewhere with room for the long past and forgotten.

So the legion in question forgot their primary duty, and ignored their consecration to the gods, and it cost them, and the Empire (also long dead, at this point) dearly. After putting down the death cult that took root in their midst, the legion was disgraced, and then ritually dishonored. Then they suffered traditional decimation. And then exile.

So, they march away from home, over the border, and are Beyond Civilization. And they have to hold. Every once in a while, they receive a shipment of goods (weevily hard tack, shoddy and worn equipment, etc.) and new recruits, who are almost invariably the dregs of society, culled from other, more favored units, or outright criminals. In return for this largesse, they’re duty is to carve out a foothold in the wilderness. Which they do. After all, they are legionnaires.

Eventually, their road camp becomes a fort, and then a stronghold. The camp followers breed another generation, and after some years they have a genuine town, albeit a strange one. After all, they have had to learn nearly everything themselves. They receive enough in the way of recruits that they manage to keep their numbers up. After all, they aren’t completely ignored: that would defeat the purpose of their exile. They are to feel their banishment, while at the same time doing their duty to the Empire in such a manner that the Empire sees benefit from their servitude (for which they are paid a pittance. When legionnaires finish their enlistment, they are allowed to petition to return home. These are always denied, and the no-longer-legionnaires either fall on their swords, or homestead in the wilderness. Which can be a death sentence in of itself.)

Ultimately, the shipments from home stop, as the Empire falls, and eventually (whether quickly or slowly) the Legion disappears. Their redoubt is buried in some sort of local disaster (landslide? Volcano? Irate wizard? Dunno.) leaving the buildings more or less preserved, albeit underground.

Long years later, when even the Empire is a memory of a dream, something excavates the buried fortress, digging tunnels between the artificial caves of the buildings. Inhabitants change, but they are always inimical to civilized creatures. Finally, there is some kind of inciting incident which leads the player characters to the Ninth Legion’s Despair.

So why am I telling you all of this? I mean, it’s fun, but what’s the point, Dave? Well, I needed a post, and talking out ideas is one of the ways I break blocks. And that’s the point, really. A simple one, but not always easy. My eventual players will likely not ever see most of this. They’ll have to delve pretty well to even get a sense of where this dungeon came from, and then rock some skill rolls to learn who built it. I suspect they’ll mostly be interested in the loot. I hope they’ll discover some of the Despair’s secrets. I plan to work up some narration from the legion’s disgrace, but there’d be no point in handing that over to players. It’s going to be for my own fun, and I’ll likely post it here, when the time comes.

Have other projects. Not necessarily other writing projects, though I know we all have those (goodness, do we have those. So many.) but other creative endeavors that help reinvigorate flagging creativity. And now, I’m going to go take a nap. Or lift. Dunno which, yet.