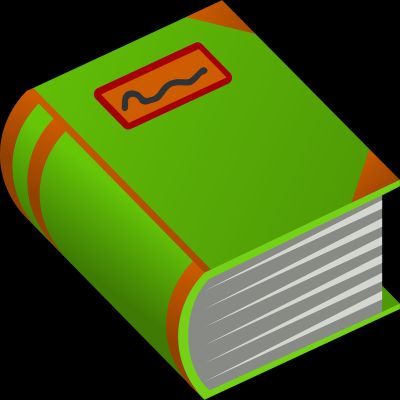 So she’s run away to have some fun. At least I hope she has. In the meantime, here’s an echo of my post today over on my personal blog. B&N is showing that old is new or new is old or some such thing.

I’ve not made a secret of the fact I worry for the future of bookseller Barnes & Noble. For the last decade, I’ve seen signs the company is in trouble. It goes beyond the revolving door in the executive suite. It goes beyond the problems traditional publishing is having. It is a combination of a large number of factors that, ultimately, almost all rest in the board room. But at least the company hasn’t given up. That’s the best I can say.

Now, we learn they are opening a “new concept” store in  Columbia, MD. Of course, this isn’t anything new. B&N has been trying new concepts for years now. That’s the good thing. The bad thing is they do it without seeing if the previous “new concept” has had time to catch on.

This new concept, however, really isn’t new. It is more a return to how things used to be with a slight twist here and there.  At least they are trying to make it seem they have listened to and heeded their customers.

“What we wanted to do when we designed this store was to create a modern, contemporary bookstore, of course with books at its core and at its center,” Vice President of Stores Carl Hauch said in a preview tour Patch attended Tuesday.

Wow, how novel. A book store that sells books and isn’t ashamed of it.

So what is new and improved about this new concept?

It will stock 35,000 titles and features contemporary design touches, including warm-hued oak book shelves, and USB and electricity ports at tables in the café area. At the center of the store are two large “book theaters” which offer customers a 360-degree, in-the-round browsing experience.

So, it will have lots of books, a contemporary design, oak bookshelves, etc. The “book theaters” are round displays where you can walk around and see the books. Other than USB and electricity ports in the cafe at every table, this sounds not that much different from what we used to see at the better Borders stores more than a decade ago.

Sales staff will be equipped with tablets to help people find things in the store. There will be self-help kiosks.

Uh, I don’t know about you, but that isn’t anything groundbreaking. Your staff should have the ability to quickly and accurately help you find something in your store. There was a time when bookstore staff didn’t need a tablet to be able to tell you where to find something in a store. Now, tablets are an inventory control device. Yes, this means staff can tell you if something is in stock. They might even be able to go to their own website–or Amazon–and see what other books you might like based on your buying history. But this shouldn’t be something just now being put into effect at B&N. In fact, the fact they haven’t moved to this level of tech is yet another indication of how far behind the times they are.

As for self-help kiosks…duh. Again, nothing new here. Move along.

Looking at images of the new store, I’m not seeing anything really new or earth-shattering. Sure, the furnishings are more modern but this new is simply a return to the old. The cafe is back to being a coffee shop instead of a full restaurant. Tables and chairs where you can sit and read or talk. Areas where authors can have readings. Actual displays for local authors and local interest books.

And, yes, it does appear the emphasis might actually be on books. How novel.

I hope this is a new trend for B&N. I don’t care that it is a return to the past in a number of ways. It is a reclaiming of their identity as booksellers. Unfortunately, this project began under the previous leadership and there’s no guarantee whoever they bring in as the new head of the company  will continue on this course. Hell, there is no guarantee the command by committee group they have in right now will.

I miss the bookstores of old where you had a staff that knew its inventory and could make informed recommendations. I miss being able to go in and browse, maybe read some. Yes, shopping at Amazon is much easier but I was an impulse buyer when I went to bookstores. That is money lost to their corporate pockets because B&N’s board decided to ignore what their core customers wanted and because it was slow to adapt to changes in the market.

Here’s hoping for stability for B&N and some strong leadership. Otherwise, I fear the company’s chances of survival will continue to fall until it follows Borders onto the list of booksellers who have failed.