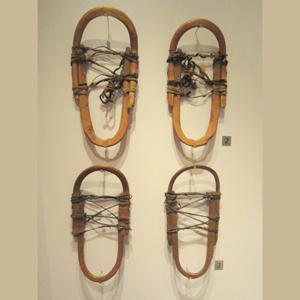 I ‘ve touched on this before: to supplement my own experience, I make shameless use of relatives, friends, friends of friends, neighbors, and acquaintances. By now most of them are used to this and do not get (too) weirded out by questions such as:

“If you were going to (non-fatally) shoot the pilot of a plane to encourage his cooperation, what body part would you choose so as not to interfere with his ability to fly the plane? Or would it be better just to kill the co-pilot?”

“Can any of the students in the German department read Gothic script?”

“If a young woman in her late twenties (present day) slept with her (defunct) father’s gun under her pillow, what make and model would it be?”

“That time you suffered from altitude sickness on that Silk Road trek, exactly what did it feel like?”

“Have you ever feared that you might be attacked by someone to whom you’re showing an empty house?”

And then there was the time I asked an entire literary forum for certain details regarding fuel use in very high altitudes, which made me temporarily infamous as That Woman Who Started the Yak Dung Thread.

Part of the joy of exploiting friends is the collection of details that make the whole story more plausible. And I usually get a lot more detail than just an answer to the initial question. A realtor’s description of the strangest clients she’s ever dealt with, a German professor’s explosion about the ignorance and worthlessness of his current crop of students, a gun collector’s debate on the merits of .38 vs 9mm, a pilot’s memory of emergency-landing a small plane on a highway… these details can add richness and depth to your story.

Granted, it’s easy to go to far in substituting details for actual knowledge. Dick Francis, so knowledgeable about steeplechasing, once wrote a book whose plot depended on an understanding of computers at the time of writing (mid-eighties, IIRC). It was so bad that it formed the basis for dramatic readings in the break room where I was working at the time.

Then again, I strongly suspect he didn’t ask the right questions of the right people. That’s always a risk you have to keep in mind.

Also… it’s the questions you forget to ask that trip you up. I forgot to ask a music theory expert, “Was the system of major and minor keys in use during the early Jacobean period?” (bangs head on wall. You knew that equal temperament didn’t catch on until later.) Fortunately for me, that goof was caught by a sharp-eyed and knowledgeable editor.

When Ken Follett wrote Pillars of the Earth, he forgot to ask, “Was the Bible divided by chapter and verse in this time?” He has my deepest sympathy; I wouldn’t have thought to ask that either.

When a very successful romance writer set a novel in the reign of Elizabeth, she didn’t ask, “Was the printing press in use at this time?” (which, I agree, is something you’d think anybody writing a historical novel shouldn’t need to ask.) So, to emphasize a main character’s literacy, she had him say, “I have paid monks to copy manuscripts for me!” (Walled that book without even asking where he found the monks after Elizabeth’s father did a number on the monasteries.)

When a beginning writer asked me, “When your book is published, what kind of party does the publisher throw for you?” I don’t think I even managed a coherent answer; I just fell over laughing.

Same thing when the would-be writer of an early medieval story asked, “In a motte-and-bailey castle, would the heroine be hurt if she fell into the motte?”

Pro tip: if the response to question involves sputters, screams or hysterical laughter, consider that maybe you don’t understand the subject well enough to ask the right questions.

But if you do have at least a layman’s understanding of the subject, the details you get from experts will ‘lend verisimilitude to an otherwise bald and unconvincing narrative.’ And verisimilitude is what we all strive for, isn’t it? Verisimilitude is why I’m currently reading a 400-page book called “Social and Economic Change in the Pamirs”: because several hours of Internet searching failed to provide an answer to the question, “What do poor villagers in the High Pamirs use to get around when everything is covered with snow?” (Hint: not the ones in the picture.)

But boy, do I ever know a lot now about what brands of snowshoes are favored by crazy trekkers who attempt the Pamirs in winter. Just apply to me if you want an answer to that question.

Meanwhile: go out and exploit your friends and neighbors.