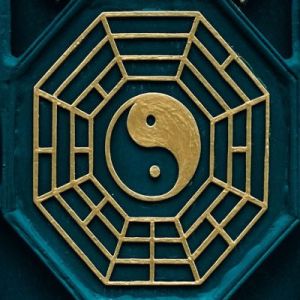 “It’s all a question of point of view.”

Back in the dark ages – 1980’s in South Africa the BBC Radio News reported on a labor dispute/picket protest led by the ANC aligned organizers in a fishing town up the West Coast of the Cape. The picket line had been savagely broken up by the police with dogs (the BBC reporter of the time was a passionate promoter of the anti-apartheid cause, and as his media was not within the country could report whatever he liked without any form of censorship.) The local Afrikaans press reported on the incident too. There wasn’t a lot to report on from one horse towns on the West Coast, and the Cape Town Riot squad dispersing a protest with dogs was news, if not big news. The one set of media carried it from their point of view as a bad thing, and the other as a good thing.

Now, as it happens I was – quite inadvertently – there, along with my pregnant wife. I wasn’t protesting, or with the police. I was just at the tail end of a long sampling trip, collecting shark vertebrae and gut contents –as well as measurements of said sharks – at various fish processing plants up the west coast. I was a very broke research scientist, and paying dog-sitters or putting our two hounds (a sloppy bull-terrier x keeshond cross and a dim-witted but loveable Old English Sheepdog) in kennels was just an expense that couldn’t be met. So they traveled with us, sleeping in the back of the truck. They loved the trips. My wife used to record for me – as it was a bloody, slimy, smelly dirty job, making writing difficult while you were doing it. Now, typically – as we were taking nothing of value, fish processors were quite obliging about us sampling the catch – as long as we didn’t get in the way. In this particular fishing town, that meant starting really early on the previous night’s landings, before work started. The track to the shark plant was a narrow alley next to and around the corner from the main only large employer in the town – they dealt with pilchards and anchovies.

We got there in the dark and had worked hard for several hours, and, tired, smelly, bloody and laden with sample buckets of vertebrae sections, (for age and grown studies) were glad to be heading for a coffee and giving the dogs a run before heading home. The dogs of course knew the pattern and were hyper with ‘walk-delight’, as always.

So: Barbara driving we headed around the corner and into the midst of a whole bunch of people. My dogs – confined to the back canopy — were barking. They were already excited for their walk and liked to tell the world… My wife, being herself, hooted and drove slowly towards the protestors –all we wanted was out of there… And, to be honest, we couldn’t actually turn around – and the sea was behind us.

Now, whether the protestors got freaked the idea that cops were somehow behind them, or just the noise of the two dogs was enough – people scattered in all directions running and screaming. We drove out, past the couple of local cops, having no idea what the hell we’d done, and wondering if we were in trouble.

A friend later told me the Cape Town Riot squad (we were about 2 hours away from the city) showed up about an hour and half after this, and were somewhat peeved at being called out for nothing.

The news media reported the event from their point of view. The essential facts were in a way true. A protest had been broken up by dogs. The riot squad had come up from Cape Town. The rest was the story that they wanted to tell their audience. They, or their sources, may have actually believed their version of events. Who knows? But I gave up on believing their reportage was overly accurate after that.

Novelists are not news-reporters. We’re not – even remotely – expected to report the facts objectively when telling a story (In fact, each character is supposed to see the event through their subjective lens.). We’re selling a product that readers buy to be entertained. That means we’re telling the best story possible, with as much appeal as possible for the audience we’re trying to sell to. We’re not – like the MSM — pretending to objective or honest. The audience knows it is fiction. But like the news reporters your characters often have versions of the same story – which from the character’s point of view may have little in common with what another character saw in the same event.

This is one of the most powerful tools in a story-teller’s arsenal – misinforming the reader via what a character believes, or thinks they know. BUT – and here is the big caveat with the ‘unreliable witness’ technique – you have to establish that they ARE an unreliable witness.

I’ve just read an early 90’s murder mystery – my new MM ‘Eye of Argon’ – It’s so bad I had to keep reading the purple prose to see just what the author was going to inflict on me next. As an aside: It was quite amusing in that the author used every standard PC trope – the heroine is a discriminated against woman, who is so much better at the job she’s not allowed to do, than the male person who is allowed to do it is, her sidekicks are a gay man that the church discriminates against and his brilliant Asian partner. Vegetarians of course. The villain of course is the middle-aged priest, who eats meat. It’s a trope that has plainly been around for nearly 30 years. The murder mystery part is something she deals with ineptly by having her villains (she head hops continuously so it took me a while to work just who was thinking or saying what) lie. But her whole story rests on not presenting even the very obvious possibility that they’re lying, or may be mistaken. The heroine and her sidekicks don’t lie or make mistaken assumptions.

It flies exactly the same way million ton monoliths do. This reader, anyway, finds himself rolling his eyes, and saying ‘oh come on.’ The thing is (aside from being so PC it made my teeth hurt) the story would have worked quite well IF she’d had various characters use their biases, their point of view, to present incorrect information to the reader. She could then have gradually built the evidence to show that the character had their view of the event colored by their point of view.

I’m busy with something similar at the moment: two kids – both believing the other to be intrepid – and not wanting to look cowardly in front of the other. Wanting the other’s approval and liking – very understandable, natural and easy to write. I have their own point of view showing them each as terrified, but determined not to let on to the other. So the other is quite happy to testify that that they’re as brave as a lion. That’s accurate from their point of view – but the reader has seen the opposite point of view and knows the character is not always a reliable witness – although an honest one. Thus when they are utterly wrong about something else they have believed and acted on, the reader doesn’t feel cheated. People are fallible. People see things through the lens of their point of view. As long as you SHOW that fallibility, that point of view bias, show the facts or other viewpoints running counter, you can get away with ‘deceiving’ your reader.

It’s when you fail on that that your story becomes hell to read.

From: characterization, DAVE FREER, point of veiw, Uncategorized, WRITING, WRITING: CRAFT
← World Building – Research Phase
Who — or what — are your characters? →
23 Comments