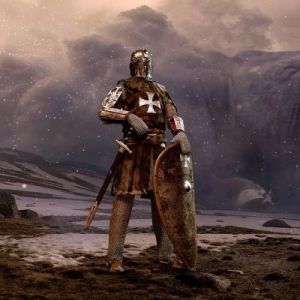 Okay, guys (and gals, and others, etc.) I don’t usually go this route, but I’ve been watching things unfold from the front row, and my harping on professionalism is coming ‘round again. In short: always be yourself, always be above board, and always be a professional.

For those who aren’t aware (just decanted from a cloning tube, released from cold-storage, or been rocking the mountain-top guru gig (nice work, if you can get it)), a couple of months ago, ConCarolinas announced that Friend of the MGC and all-around good guy John Ringo had been selected as an special guest for the 2018 convention, which just wrapped up this past weekend. The internet almost immediately kersplodeyed, and the crybullies mobbed in force. All the usual suspects came swinging all the usual epithets, and everybody else got tired.

Or maybe that was just me.

Then Origins Gaming Fair disinvited Larry Correia as a Guest of Honor over unspecified “personal beliefs” after some folks got pissy and personal. Again. Larry’s fans grabbed their torches and pitchforks and raised an exuberant ruckus. I touched on this a few weeks back on this same general theme. Origins danced around like the proverbial cat on a hot, tin stage, and showed its collective arse to fandom by how poorly they handled themselves.

Well, as I mentioned, ConCarolinas just wrapped for this year, and at closing ceremonies the concom issued a statement regarding how they are going to deal with guests going forward. Though it means little, I’d like to offer my personal appreciation to them for their stand in the face of rampant foolishness. A further BZ to them for nabbing Dave Weber as special guest for next year. While they may lose some of their more progressive attendees, I’m hoping tRMN shows up in force (IAN represent).

I appreciate the clear and concise language they used. I appreciate the basic thrust, which was “we’re going to invite people who are important to the fandom.” Frankly, as much as I loathe Sam DeLaney’s work, he’s significant to scifi. See also GRRM. But those? Those are personal opinions. “John Ringo is a racist” is slanderous conjecture, especially when details are *never* forthcoming. See also: Larry hates women, and actively works for their oppression. I’m sure his wife was surprised to hear that one. Ask her who runs the Correia household. But be polite: she doesn’t suffer fools lightly. And frankly, after the kind of abuse Larry has been subjected to, I sympathize with her.

Opinions such as “I don’t like X,” or “I don’t agree with Y,” are great reasons to not support something. In the case of a convention, that’s easy: don’t attend. Vote like an adult. With your wallet. Even a public statement is fine: “I disagree with John Ringo’s portrayal of women in Ghost, and can’t stomach his thinly veiled political screed called the Last Centurion, and so I won’t be attending any convention at which he appears.” That’s fine. Short-sighted, as John works some real (and really bizarre) magic in Last Centurion (I mean it: stupid thing breaks ALL the rules). Or something like “I find Origins’ handling of their unnamed issues with Larry Correia ham-handed and unprofessional, their treatment of a friend insulting, and their attempts at damage control insufficient and patronizing, and consequently won’t darken their doorstep.” Also fine, though in my case a bit hypocritical, as I’ve never attended Origins, nor had any plans to do so even prior to their aforementioned ham-handed treatment of my friend.

But here’s the trick: either of those options (as well as just not supporting them and saying nothing, which is such a bizarre thing anymore) is what an adult does. More importantly, it’s what a professional does. I read a post this morning related to John’s experience with ConCarolinas that was distinctly on the other side of the aisle from me. What the poster did, however, was point out that it doesn’t matter who else shows up at a convention. Unless it’s someone who has physically threatened you, you behave professionally (even then, there are options: the law doesn’t stop at the con’s registration desk. Which makes harassment clauses the rank foolishness they are. Harassment has a legal definition, and if someone at a con is actually harassing you, the cops will come and deal with it).

As an author, I go where I need to for my bottom line. Anymore, that means conventions are a waste of money unless they’re local and I can sleep in my own bed and drive my own car to the location. Anything more is too expensive for me, especially when I’m single-handing Clan Dave through the seas of parenthood. Littles don’t give me much time off when Mrs. Dave is overseas.

Larry touched on this when he said, “they need me more than I need them.” Larry, like John, has an huge, established readership. People will drive hours to get a chance to interact with him. Unceremoniously booting him from your convention a month or so out is going to seriously frustrate of people who will pay you money *just to see him.* John, and Dave Weber, likewise. This kind of bad press is something a con cannot afford, while these authors can.

Similarly, an author who signs up for something — *and is actually in business as a businessman* — can NOT afford to simply not show up. Now, if you aren’t in this gig to make a buck, but for validation, fame (hah!), or some other reason, your attendance or lack thereof can be trumpeted to the heavens. Good on you, have fun with that. I don’t have time. I’m already late on this post, and far, far over word count.

Lemme sum this up so we can all go home and take off our pants (assuming you’re wearing any. I’m not). Behave like a gorram professional, who can disagree with someone without trying to damage their livelihood or reputation. That’s low. It’s base. It’s cowardly. And it’s dangerous, as any number of people are starting to learn. Not because of threats of violence or litigation, but because you show yourself to be a loose cannon of the sort rational businesses will refuse to deal with. See the stepping down of the DragonCon fantasy fan track programming head, and the various defenses of same.

Just … just be a professional. Be the person who can deal with adversity and still get your work done. Be the kind of writer contractors like to work with, and who conventions like to have sit their panels.