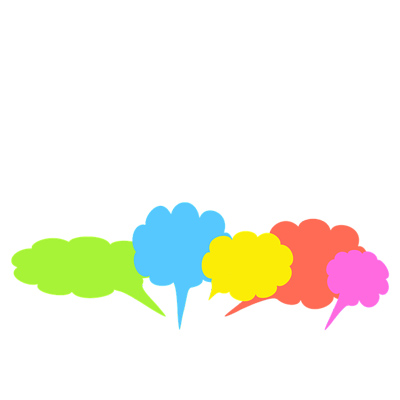 Too often, when we think about dialogue, we think of two people taking turns in strict alternation. Today I’d like to look at expanding the dialogue, with some examples from Connie Willis, who has a genius for mixing it up, with three, four or even more people talking across each other and sharing information or, more likely, misinformation.

Sometimes it’s mainly for comic effect, as in this passage from Blackout: two people trying to talk to each other about times and places while a third person is on the phone, reading out a printout of, guess what, times and places.

“That’s right,” Linna said, “1536,” and Michael looked over at her, confused, but she was back at the phone, reading off a printout. “London, the trial of Anne Boleyn—”

“Yes, the seventh,” Badri said to Phipps. “The drop will open every half hour. Move a bit to the right.” He motioned with his hand. “A bit more.” Phipps shambled obediently to the right. “A bit to the left. Good. Now hold that.” He walked back over to the console and hit several keys, and the folds of the net began to lower around Phipps.

“I need you to note the amount of temporal slippage on the drop.”

“October tenth 1940,” Linna said into the phone, “to December eighteenth-”

“Why?” Phipps asked. “You’re not expecting more slippage than usual on this drop, are you?”

“There shouldn’t be any slippage. I’m not going anywhere near—”

Phipps said, “No, I want to know—” and was gone in a shimmer of light.

Sometimes she’s using the apparently irrelevant interruptions to set up reader expectations, as in this passage from “All Seated on the Ground”:

“I need to talk to your choir director.”

“Are you his girlfriend?”

“No,” I said, trying to spot someone who looked like a choir director type. “Where is he?”

“Over there,” one of them said, pointing at a tall, skinny man in slacks and a blazer.

“Are you going out with Mr. Ledbetter?”

“Do you have a boyfriend?”

“You’re just the person I want to talk to, Meg,” he said.

“I’m afraid I can’t tell you how long it’s going to be,” I said. “The girls told me you have another singing engagement at six o’clock.”

“We do, and I’ve got a rehearsal tonight, but that isn’t what I wanted to talk to you about.”

“She doesn’t have a boyfriend, Mr. Ledbetter.”

I took advantage of the interruption to say, “I was wondering if anyone with your choir happened to record what just happened on a videocamera or a—”

Meg, the narrator, is focused on getting a video recording of what just happened. But the middle-school students are focused on fixing her up with their choir director… and by the end of this passage, the reader has to be thinking about that too!

And sometimes, she’s using the crosstalk to foreshadow, as in this bit from, what else, Crosstalk:

“Enya had it done with her fiancé. And Daniel Day-Lewis—”

“And if Enya and Daniel Day-Lewis told you to jump off a bridge into the river Shannon, you’d be doin’ that, too, would ye?” Aunt Oona said.

“I think she should,” Maeve said.

“Jump off a bridge?” Kathleen asked.

“Maeve, I’ve talked to you about the dangers of peer pressure—” Mary Clare began.

Maeve ignored them. “If Aunt Briddey has the EED, she’ll find out what he’s like inside,” she said. “Like in Frozen, there’s this prince and Anna thinks he’s really nice and in love with her and everything, but he isn’t, he just wants her kingdom. And he tries to kill her.”

“Which is another reason I don’t want you watching Disney movies,” Mary Clare said. “They’re entirely too violent!”

The key item there is, “The prince is not really nice,” but good luck disentangling that from peer pressure and jumping off bridges and violence in Disney movies. Thing is, the dialogue is enough fun on a surface level to keep the reader from noticing that a Dire Warning has just been dropped. The notion has been planted so deftly that nobody noticed it.

What feelings, or expectations, or information would you like to sneak into the next bit of dialogue you write? And how sneaky do you plan to be with it? Would several people talking over each other distract the reader from what you’re planting?