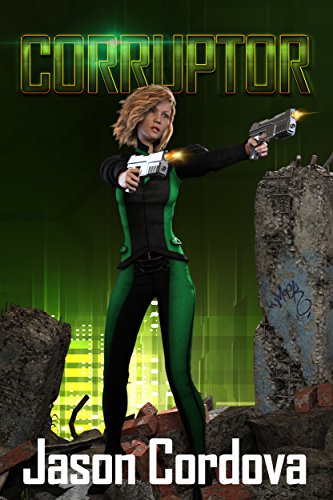 (Thanks for rescuing me. They were threatening to make me write romance novels as a form of punishment until I showed them one of my pen names and the Harlequin-esque novel. They hurriedly gave in to your demands and now I’m free.)

Part of the issue today with aspects of science fiction is that some authors believe that there is no hope in the future. This reflects in their writing, and their public personae as well. Far too often we’re trying to hook teens and young adults on gritty realism and bleakness when we should be offering them hope and escapism in a story. I know that the kids at my work don’t want to read a book about the grim realities of life. They prefer superhero movies where there is a chance at the hero to be a hero.

I’ve covered this in the past but it seems to only be growing worse. Even I’ve noticed in my writing that I’ve gone away from the bright shining “everyone lives happily ever after” themes in my novels to a more “oh sh–, who’s Cordova killing next?” sort of tone. I could blame GRRM but really, everyone is doing it. Yes, yes, if all my friends jumped off a bridge, I’d probably follow… because my friends aren’t idiots and the bridge is only three feet above the pond.

It’s even affecting the YA market. What was once a bastion of hope and bright futures has turned into grimdark dystopian pieces. As much as I love The Hunger Games (well, the first book… the last two were all “Hey, you could turn this into a sequel and make MORE money!”) they offered almost no hope whatsoever. Article 5? Divergent? City of Bones? Look at every recent blockbuster YA and Teen hit and you’ll see a constant theme.

No wonder young adults don’t like reading. Instead of offering them an escape from reality, we’re shoving realistic misery down their throats. I’m not saying it has to stop, per se, since oftentimes an author can plumb the depths of the lowest lows to bring about a satisfying resolution to a hero or heroine’s quandry. I’m more along the lines of asking “Does it have to be grim dark, grim time, all time”?

I don’t know if you’ve read Dave Freer’s novel Stardogs but it has humanity hitting the lowest of lows while using these magnificent creatures to travel the stars, but offers up a satisfying bright hope for the future as a counterpoint. Stardogs was the first novel when I actively called Freer a bastard because it hit every right note for me. In fact, I’m pretty sure I gave it a glowing review once upon a time. To me, this is what a SF teen novel should be.

Another is David Weber’s A Beautiful Friendship, which is set in his Honorverse but well before the main storyline. It offers adventure, betrayal, hope, heroism… everything a young reader could want in a first book. I know many teens who hated science fiction change their tone after reading this one.

What other young adult novels in either science fiction or fantasy do you think offer a bright conclusion to a story? Suggestions for readers who are interested in finding something other than a dark dystopian love triangle?

Now for the gritty grim-grim part. Jason is currently running a promotion on his YA series and the first book of The Warp, Corruptor, is available for only $0.99 running through the entire weekend. This one hits all the highs and lows for a young reader. Video games? Check. Strong female lead? Check. Danger? Check. Excitement? Check. Satisfying conclusion? Check-ish.

Why a check-ish, you ask? Well, it’s because it’s the first of a four book series, and the sequel is out now as well.