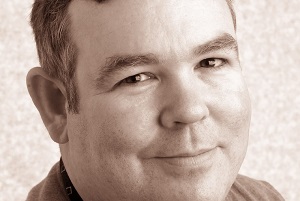 I’ve recently been looking up a number of measurements for a book in progress.  To my delight, I’ve learned that there are many humorous systems of measurement.  Some made me laugh out loud.  Others produced a quiet giggle.  I thought you might enjoy learning more about them.

Most of us have heard of the (in)famous “furlongs per fortnight” as a measurement of speed.  It’s actually part of the FFF System:  “The length unit of the system is the furlong, the mass unit is the mass of a firkin of water, and the time unit is the fortnight. Like the SI or metre–kilogram–second systems, there are derived units for velocity, volume, mass and weight, etc.”  For science fiction writers, “The speed of light may be expressed as being roughly 1.8 terafurlongs per fortnight (or megafurlongs per microfortnight)“.

Science and science fiction has been a rich vein for measurement humorists to mine.  For example, Douglas Adams, famed author of “The Hitchhikers Guide to the Galaxy” and its sequels, gave us the sheppey:  “A measure of distance equal to about ​7⁄8 of a mile (1.4 km), defined as the closest distance at which sheep remain picturesque”.  A New York second was defined by the late and much-lamented Terry Pratchett, in his novel “Lords and Ladies“, as “the period of time between the traffic lights turning green and the cab behind you honking”.

Hard science has its quirks, too.  For example, volume can be measured in barn-megaparsecs:  “When a barn (a very small unit of area used for measuring the cross sectional area of atomic nuclei) is multiplied by a megaparsec (a very large unit of length used for measuring the distances between galaxies), the result is a human-scaled unit of volume approximately equal to ​2⁄3 of a teaspoon (about 3 ml)”.

Carl Sagan, the late scientist and writer, has been immortalized with not just one, but two “values”.  His name may be used as a noun:  a “sagan” is a unit of measurement equal to at least four billion.  There’s also “Sagan’s Number“, described as “the number of stars in the observable universe … This number is reasonably well defined … but its value is highly uncertain.”

The speed of light has been used to derive beard-seconds, “inspired by the light-year, but applicable to extremely short distances … The beard-second is defined as the length an average beard grows in one second. Kemp Bennett Kolb defines the distance as exactly 100 angstroms (10 nanometers) … The beard-second establishes a related unit of time, the beard-inch which is 29.4 days (or 58.8 days according to Google)”.

There are historical standards, too.  For example, Helen of Troy was renowned as a very beautiful woman, said to have possessed “the face that launched a thousand ships” (i.e. to invade Troy and rescue her).  Her name has thus become a unit of measure of beauty.  For example, a millihelen has been defined as “the amount of beauty needed to launch a single ship”, whereas a negative helen is “the amount of negative beauty (i.e. ugliness) that can beach a thousand ships”.

There are many more humorous and tongue-in-cheek systems of measurement out there.  Wikipedia has a long list of them, but there are even more that are not included.  What are your favorites?  Let us know in Comments.