Have you ever been driving along, not really paying attention, until that one house caught your attention? You know what I mean – the faux asbestos tile stones siding… or maybe that’s just an Ohio thing. It’s the most hideous stuff I’ve ever seen on a house, and I’ve been a lot of places. Or it’s the house that has the three dead cars in the yard in various states of assembly, and the dogs tied out front howling at you, and the washing hung on the front porch. It’ll catch your eye, all right, and not in a good way. I’m not just talking about last weekend’s expedition with my Mom to look at houses and land in KY (she did find a little farm and put on offer on it, yay!) although there was a funny moment as we’re driving and she asks in a startled tone ‘did they stucco that mobile home?’

There are so many things wrong with this cover: photo, bad photoshop, not readable in thumbnail, unreadable author’s name, box text for no good reason, it just goes on and on.

I’m actually talking about book covers and ebook formatting. Just like in a neighborhood, the potential buyers are judging your book not just by the facade of that one house, but the others around it. If the book really, really doesn’t fit in, the buyers are going to subconsciously reject it. Or even worse, they might buy it expecting it to be different inside, only to realize you’ve stuccoed a mobile home and instead of getting, say, a romance, they’ve just bought hard science fiction. And they will leave very unhappy reviews. So even if your friends swear they never judge a book by it’s cover… no. You know what? If you are showing off your cover, and people are saying ‘oh, I don’t judge books by their covers’ that is when you know something is wrong with the cover and you need help. 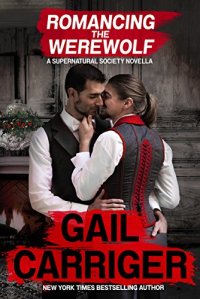 This is a photo. It’s not hard to convert a photo to art – and this is a good photo which would convert nicely. it would take no cost, and very little effort, but none at all were made. So many headdesks…

Just like in a neighborhood, you want your book to stand out a little bit, but not to stick out like a sore thumb. If no other books in your sub-genre have covers with photos as art, for heaven’s sakes stop putting a photo on yours! I’ve seen this twice just in the last week or so, both times on books that really ought to have known better: one was ostensibly published by a small press, the other by a famous author. I’m head-desking so hard. Look, I am a professional designer. Taken classes and everything, I didn’t just hang up a shingle proclaiming myself one.

Continuity of design is what people expect. It’s roughly equivalent to filing the rough edges off so people don’t get splinters, or trip. You can be eye-catching in a good way, while still maintaining some continuity. There’s a neighborhood I drive through almost every morning on my way to work and I love to look at the houses. I’m always spotting something new to admire. It’s the gingerbread, you see. The neighborhood along the Miami River is all Victorian and Edwardian mansions. They fit together, but are all beautifully different. Which is also what you want if you are designing a cover for a series.

I know, I know, I’m asking you to walk a thin line between standing out, but not sticking up like a nail that needs hammering down. Where you should not stand out at all, however, is your internal formatting. I was attempting to read an ebook that was badly formatted the other day, and making heavy water of it as it was not properly formatted. The brain sort of bounces off a lack of paragraph breaks, you know. It’s like one long wall’o text, and personally my mind retreats to a fetal position in the back of my skull and starts whimpering after a while of that. I kept reading because professional reasons (including feedback on the need for formatting) but had it been a pleasure read I’d have given up on it entirely. I don’t care how you format your ebooks – Amanda has done some excellent tutorials – but they need to be similar if not the same to all the other ebooks out there. So they are easier to read. Anything that takes my attention off the words coming to life in my imagination is a bad thing. Don’t do it. Creativity in ebook formatting is doomed to failure, in really ugly ways. It just comes across as amateur.