Welcome to another long holiday weekend, and have we got reading material for you! Kick back, relax, let the smoker do the work on that brisket, and check out these books and stories by independent authors. 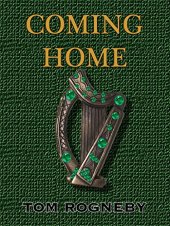 On sale from Sept 1 through the weekend

Elsked, son of DaddyBear the Minivandian and Ruarin, the Lady of Eyre, ventures out into the night to learn the saga of his mother and father.

An ancient storyteller exchanges tales of Elsked’s life for the story of how DaddyBear and Ruarin became the lord and lady of their manor.

Coming Home brings together the stories of Quest to the North, Lost Children, and Lady of Eyre, along with four new short tales of the Minivandian and his family. 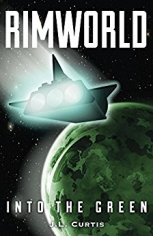 Rimworld- Into the Green

After a chance encounter with Dragoons and Traders turns a routine planet exploration into a rout that kills his team and his career, Lieutenant Ethan Fargo, medically retired, wants nothing more than to hole up in the backwater Rimworld he’d explored and enjoy a quiet retirement far from people or problems.

Unfortunately, he’s about to find out that he’s not as retired as he wants to be, and that his new home system comes with dangers, politics, and Dragoon sightings of its own. What promised to be a boring retirement will turn out to be anything but. 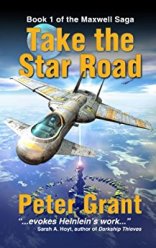 Nineteen-year-old Steve Maxwell just wants to get his feet on the star road to find a better homeworld. By facing down Lotus Tong thugs, he earns an opportunity to become a spacer apprentice on a merchant spaceship, leaving the corruption and crime of Earth behind. Sure, he needs to prove himself to an older, tight-knit crew, but how bad can it be if he keeps his head down and the decks clean?

He never counted on the interstellar trade routes having their own problems, from local wars to plagues of pirates – and the jade in his luggage is hotter than a neutron star. Steve’s left a world of troubles behind, only to find a galaxy of them ahead… 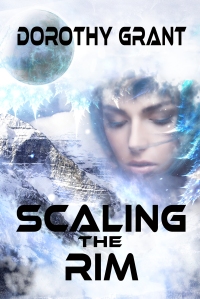 Never underestimate the power of a competent tech.

When Annika Danilova arrived at the edge of the colony’s crater to install a weather station, she knew the mission had been sabotaged from the start. The powers that be sent the wrong people, underequipped, and antagonized their supporting sometimes-allies. The mission was already slated for unmarked graves and an excuse for war…

But they hadn’t counted on Annika allying with the support staff, or the sheer determination of their leader, Captain Restin, to accomplish the mission. Together, they will overcome killing weather above and traitors within to fight for the control of the planet itself! 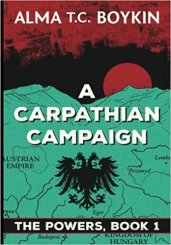 It is on sale today through Wednesday, September 6 for $1.99. The sequel, Grasping for the Crowns will be out in November.

War rumors stalk Europe, but István Eszterházy has other concerns. Or so he thinks. The Powers—ancient creatures living on the very energy of the land. Allied with the Houses, together the Powers and Houses have guided parts of Europe for a thousand years and more, humans, HalfDragons, and True-dragons working as one. But other forces shift, movements of peoples and of pride. István ignores them, intent on his military duties and his forthcoming wedding. War waits for no man, and the assassination of Archduke Franz Ferdinand turns rumor into red war, setting Power against Power and House against House. And war is not what István imagined. How can he survive this new world and protect his new family and his House? He must find a way, even as he begins a delicate dance with the Powers, that of his House and some far older and much more dangerous. István’s world is changing. He will survive this new campaign, or die trying. 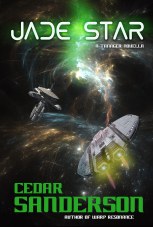 Jade is determined to die. She is old, and useless, when she points her tiny subspace craft at the cold stars. She wakes up in the care of others who refuse to grant her death, and instead give her a new mission in life.

Jade isn’t happy, and she only gets angrier when she learns that her mysterious new home hides a horrible secret. It’s time for this old lady to kick butt and take names. Aliens, death, destruction… nothing trumps the fierce old woman who is protecting her family.

From the trenches of WWI where the Red Baron just can’t help turning into a dragon, to the desert sands of a future world where humans have become something else, from a coffee shop between worlds where magicians gather, to a place where your worst nightmare can love you, let Dragon Blood take you on a series of fantastic adventures.

John Norway is an alcoholic, a double amputee combat veteran, a street beggar with nothing much to live for. But once — before conscription – he’d been a rally driver. One of the best, at the wheel of Lucky Number 7. Now… Ariel the rat wants to have him drive in a desperate race against death, and the ‘magh.

The only question: does Norway want to win that race?

And will it solve Fat Fal’s inflatable rattess problem?

First Book of The Directorate Series

Ebsa “Kitchen” Clostuone invades the sacred precincts of the High Oners! The School of Directorate Studies has a wide variety of students, including the president’s daughter Paer, this strange Ra’d fellow, and Nighthawk, the first foreign student from Comet Fall. Ebsa wants to explore across the dimensions. And all he has to do is keep his grades up, learn how to shoot every kind of gun imaginable, and not get pounded by the Action Team trainees.

And not to leave out our commentariat, if you are reading this and have a work you’d like to promote, feel free to share the link below. We don’t often open up comments for a promo, but why not? Let’s all have fun discovering Independent Authors who can write and amuse. Also, if you own all these books already (or even if you don’t) please share the love, and spread this post across social media everywhere. This is what keeps Mad Geniuses going, selling a book here and there when we aren’t trying to help out other aspiring writers.