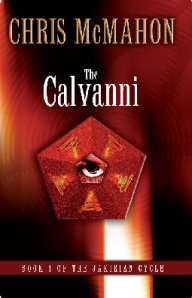 Sooner or later we all have to end up with one – particularly if we are writing novels. A series of events that forms the story. Some folks start out at chapter one with a structured plan, others write an endless series of disconnected scenes, following their interest, until the whole patchwork starts to show some cross-connections, then weave it together with endless iterations. Others write to the ‘horizon’ – plotting only two to three chapters ahead to some critical plot point.

Some people claim not to plot at all, but focus only on Narrative and Character, letting the characters loose on the page. I have always had a suspicion that these writers know their characters so well, and their character’s stories, that by default they pretty much have the whole thing in any case. But sooner or later if there is a story, there will be a plot.

How do you plot?

I tend to plot a lot looser now than I have in the past. I usually decide at the outset who the main PoV characters will be, then start tracing out a series of ‘threads’ – literally. I start with a sheet of A3 paper and draw a series of interconnected little bubbles, each of which is a key scene. This enables me to go crazy drawing lines between things, and looking at the parallel story arcs of the main characters and how these relate. The whole thing ends up like a dog’s breakfast in the end, and I have usually stapled on an additional one or two sheets of A3, with scores of little footnotes where I have run out of room in the boxes. OK. Sue me – I’m an engineer.

I usually back this up with notes on characters, lists of characters, glossaries, background material on the world etc.

What sort of tools to you use to plot? I personally love pencil and paper, but this is just my inner Luddite showing.

Do you plot everything out before hand, or explore your way into your potential story? Do you let your inner characters off the leash like a pack of overexcited puppies to run riot through your word processor?