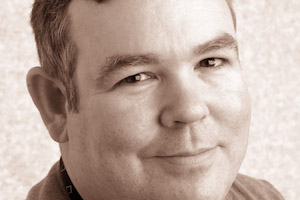 I’d like to highlight five news reports from the past couple of weeks that have a direct or indirect bearing on us as writers (and readers, of course).

Dymo’s latest generation of desktop label printers use RFID chips to authenticate the labels that Dymo’s customers put in their printers. This lets Dymo’s products distinguish between Dymo’s official labels and third-party consumables … what they don’t say is that this printer forces you to buy Dymo’s own labels, which are substantially more expensive than many of its competitors’ labels (Dymo’s labels retail for about $10-$15 per roll; alternatives, about $2-$5 per roll). The reason they don’t say this is obvious: no one wants this.

… so far, no vendor has stepped in to offer a jailbreaking tool to let you modify your label maker to serve your interests, not Dymo’s shareholders.

There’s a good reason for that: U.S. Copyright law gives Dymo a powerful tool to intimidate commercial rivals who help us escape from label-jail. Section 1201 of the Digital Millennium Copyright Act exposes those rivals to $500,000 in fines and a five-year prison sentence for trafficking in tools that bypass an “access control” for a copyrighted work, like the firmware on a Dymo printer. While it’s not clear that a judge would rule in Dymo’s favor, very few commercial operators are willing to take the risk when the stakes are that high. That’s why we’re suing to overturn Section 1201.

There’s more at the link.  Is this something that might affect more than just label printers?  How about if it comes to be a factor in any and all desktop printers?  That would certainly affect all of us.  Food for thought…

Next, a brazen online conman tricks dozens of creative artists and writers into working for him for free.

The Zoom call had about 40 people on it – or that’s what the people who had logged on thought. The all-staff meeting at the glamorous design agency had been called to welcome the growing company’s newest recruits. Its name was Madbird and its dynamic and inspirational boss, Ali Ayad, wanted everyone on the call to be ambitious hustlers – just like him.

But what those who had turned on their cameras didn’t know was that some of the others in the meeting weren’t real people. Yes, they were listed as participants. Some even had active email accounts and LinkedIn profiles. But their names were made up and their headshots belonged to other people.

The whole thing was fake – the real employees had been “jobfished”. The BBC has spent a year investigating what happened.

Again, more at the link.  It’s a fascinating insight into a technological fraud that may be used by other con artists to ensnare more creative artists and writers in future.  We should take note.

Next, freedom of speech – or the lack thereof – impacts freedom of religion, in a nation that explicitly recognizes both as “rights” (until that doesn’t suit the powers that be).

Pastor Artur Pawlowski was arrested on February 8, before he left his house to perform a church service for the truckers who had set up a blockade on the Alberta-Montana border to protest vaccine passports. He has been charged with mischief over $5,000, aiding and abetting the blocking of critical infrastructure, and for breaching the bail condition for “not keeping the peace,” stemming from a previous arrest.

During a 20 minute speech to the truckers on February 3, Pastor Pawlowski urged them to hold the line and stand their ground without resorting to violence.

“Because of that speech, the government is claiming that he is responsible for the continuation of the trucker blockade down on the border,” Nathan said, going on to explain that his father was arrested at home before he could address the protesters again.

More at the link.  One may disagree with Pastor Pawlowski’s views, but if freedom of speech and religion mean anything, he should be entitled to express them.  The fact that a nation such as Canada is preventing him from doing both sends a chilling message to writers there, religious or otherwise.  Toe the line . . . or else.

Moving on, we learn “How the first ever pop star blazed a trail of innovation” – including self-publishing his works, an idea unheard of before then.

Think of an era-defining, wildly popular pop star: are you picturing David Bowie? Prince? Elton John? Maybe Taylor Swift, Lady Gaga or Adele? The solo singer-songwriter, whose persona is as well-known as their music and lyrics, is a cornerstone of popular music.

Yet none of those names achieved anything like the domination of arguably Britain’s first popular music star: Charles Dibdin. If the name isn’t familiar, that’s probably because he died in 1814 … Yet in his own lifetime – and indeed for half a century after his death – Dibdin was no one-hit wonder, but a hugely prolific, extremely famous figure. He performed in operas and then wrote his own, composed more than a thousand songs, toured one-man shows around the country, and opened his own London theatre. He penned several novels and a five-volume history of theatre. His own autobiography also stretched to four volumes – the largest memoir of the period, and a good indication of Dibdin’s remarkable facility for self-promotion.

“He was the most dominant singer-songwriter that Britain has ever had,” insists David Chandler, Professor of English Literature at Doshiba University in Kyoto…

Another of Dibdin’s canniest moves was to pioneer merchandise: he would sell his own sheet music, as well as his books, at performances … “One of Dibdin’s strokes of genius was to start publishing his own music, which was not at all common [at the time],” points out Chandler. “He’d sign each one – he must’ve had these enormous signing sessions.”

It was another clever innovation – not only offering audiences a chance to take away a signed memento of a good night out, but also a way to make sure his tunes were heard more widely, sung at home or in taverns. As an indicator of how numerous and widely collected his songs were, in the Bodleian Library’s collection of surviving Broadside ballads from the later 18th Century, a whopping 324 are by Dibdin – while his closest rival clocks in with only 11 … he’s also thought to have been a major inspiration for Gilbert and Sullivan. “Dibdin invented the English comic opera that they then developed,” says Butteriss.

More at the link.  He sounds like a very interesting, if not remarkable character.  I wish I could have met him at the height of his popularity.  Did they have the equivalent of “mosh pits” at performances in the 19th century, I wonder?

Finally, on a less happy note, here’s how a major publisher is supporting “woke” ideology to promote the sale of its books on that subject.

None of the media stories about the Dohle Book Defense Fund bother to mention Kendi or the financial stake that the former Nazi book publisher has in forcing American schools to keep buying its racist hate.

Penguin Random House has aggressively marketed Ibram X. Kendi’s brand of hate to adults and even to children with the widely mocked Antiracist Baby, a board book for babies, and Goodnight Racism, which does for Goodnight Moon what Farrakhan did for bow ties.

(There’s even a card game: The Antiracist Deck. Whatever card you pick, you lose.)

Penguin Random House’s education arm however also pushes Kendi’s How To Be an Antiracist to high school students grades 9 to 12. Kendi’s Be Antiracist is targeted at grades 6-12.

Robin DiAngelo’s racist White Fragility is being distributed by Penguin Random House which promotes it for grades 6 to 12. Her latest, Nice White People, is designated for grades 9 to 12.

Ta-Nehisi Coates’s Between the World and Me is promoted for grades 9 to 12.

It’s no coincidence that three of the most infamous racialist authors who, more than anyone, have helped mainstream racism, and have become the public face of the ideas inherent in critical race theory, are on the list of one single publisher.

More at the link.  I think any parent who has kids in public schools needs to take careful note of how publishers are actively pushing this sort of propaganda onto their kids, who literally can’t refuse to consume it in the “captive market” that schools represent.  Any publisher has the right to market its books, of course:  but by “locking in” a market where our children have no choice but to “consume” its books, it gains an influence out of all proportion to readers’ actual tastes and preferences.  To me, it resembles brainwashing more than providing food for thought.

That’s it for this week.  I hope you enjoyed the articles I linked.