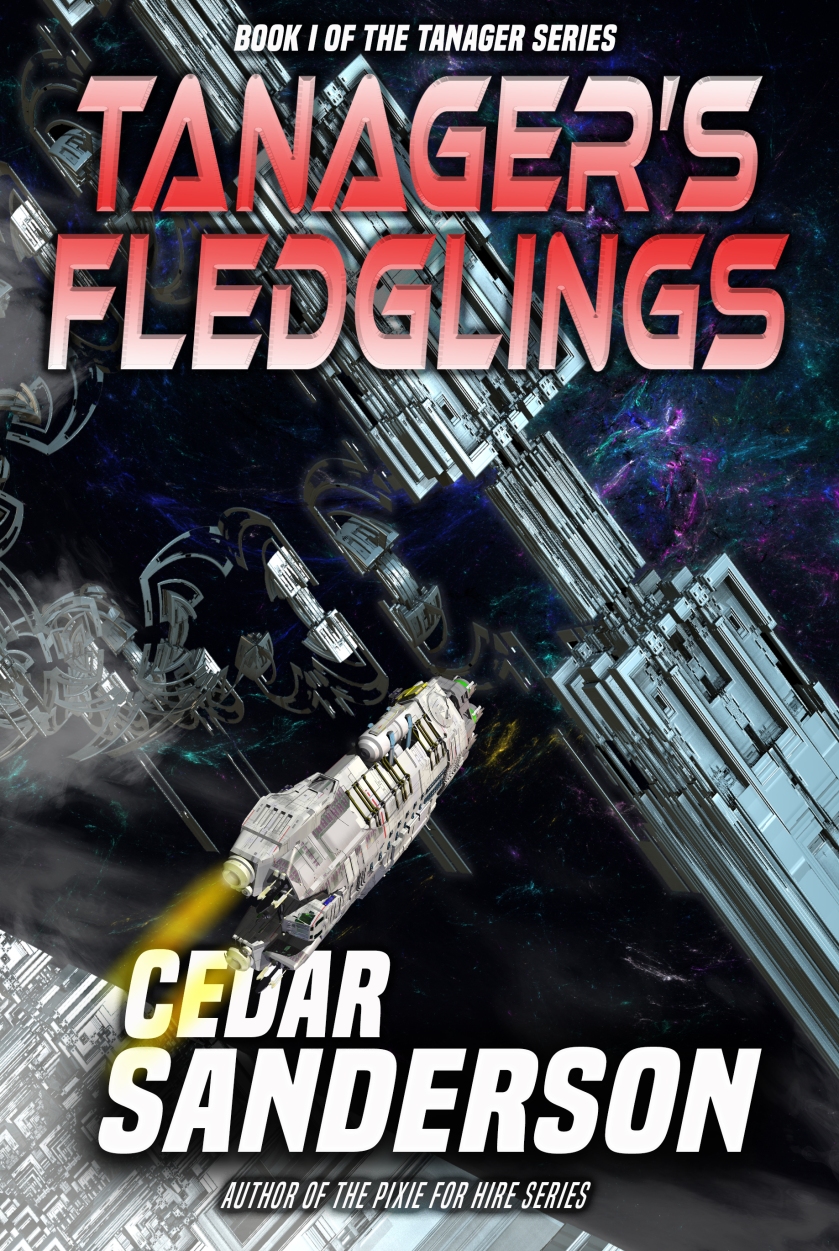 I’ve been working on two projects recently, in the writing department. One is about a quarter of the way done, the other is nearly finished. Which prompted my brain to contemplate ‘what’s next?’ yesterday as I was trying to puzzle the story arc to the end. I’m resisting the urge to release the muse from her tight leash until it’s complete, though.

As many of you know, this isn’t easy. Telling the muse what do do! Well, if my mind were that orderly and disciplined, I don’t know who I’d be, but not me. And this is why I am a pantser, not a plotter. Flying by the seat of my pants gets harder the longer and more complex the story is. I’m thinking this is why I have trouble with sequels. And yet… What I need to write next are sequels.

I need to write a sequel to Tanager’s Fledglings, and have started that. I complicated it for myself, though. Tanager’s Flight is supposed to begin with a new crewmember coming aboard, and the relationship that develops as the little cargo ship gets into adventures none of them are ready for. However, several months back I was invited to an anthology, with a specified request for a SF story set in one of my existing worlds (the intent was to cross-promote authors, and that’s a good idea). I wrote a fairly lengthy story set in the Tanager universe, titled Lagniappe. I had a blast with it. The anthology fold up and released the story back to me, so I had a 10K word start on the next book, I thought to myself initially. But… I was thinking, as I gear up to launch The East Witch by first pubbing several short/unrelated works, that I’d put a cover on Lagniappe and put it out there, too. Only one problem. It spoils some of the tension I was going to set up with that new crewmember in the beginning of Flight. So my other alternative is to tuck it into Flight, towards the end of the first act (I tend to write in three acts with one overall arc. It’s not necessarily conscious). Or… I could toss what I’ve written of the first tenth of the sequel, and start it on a more adventurous note. Which I’m tempted to do, because action...!

The anthology thing has me in trouble on the other sequel as well. Bone Sigh will be the follow-on book to Possum Creek Massacre. However, at the end of PCM I left Amaya looking at her old nemesis. And then I wrote a story about that investigation and the results of it. Which will feature in Bone Sigh. But… that anthology isn’t out yet, and who knows when it will finally make it’s debut. I’m hoping for ‘soon’ but not holding my breath. It’s out of my control. Besides which – even if I start on Bone Sigh now, and I only have fragments of what that will look like (I’ve written a tiny bit, basically a scene) – it will be at least a year for release. So the anthology should break free of the 2020 curse before then! Sigh…

There’s another sequel, but I’m hesitant to write it. My son wants me to do another book in the Children of Myth series. One of his friends, who has also read the books, wants to have me write him into it (as a ratel, which makes me laugh). However, this book is going to be complicated by the distance from the YA books I wrote so long ago now. That, and I have changed as a writer. I’m sure I can write this, technically. Can I persuade the Muse into it? That’s more dubious.

All of these are academic thoughts at the moment. I plan to write them all. I plan to be writing more than ever by the end of 2020. July has been an extremely productive month, and I have been working very hard at maintaining my momentum. But things happen. I may look up at the end of the year with none of these even begun. For one thing, that big project I mentioned? That I’m only a quarter finished? It’s demanding more research before I can dig into it. And the plot looks like it’s going to arc past the planned endpoint. So… yeah. I’m going to be busy. But I need more than one project going. If I get stuck, I can switch projects until I find the time to bash the writer’s block into useful gravel.

The road to success is paved with tiny pieces of ‘can’t do it.’