We also serve Martians (boiled, fried or wrapped in duct-tape and barbecued) 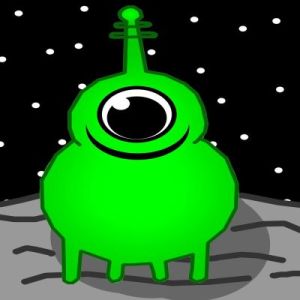 We welcome free-spending apocalyptical looters and overlords with green skins. Come in and get a little something for the lovely tentacle-haired one in your life and your little bloodthirsty spawnlings, so you can go next time again!  Tasteful multi-armed T shirts in many charming garish colors inscribed with ‘Martian, go home’ in several now-extinct earth languages. Well-tuned decorative nose-flutes, with a full range of delightful nails-on-blackboard shriek tones. The spawnlings will love them.  Models of artistically dismembered of earth-native life-forms, commemorative ray guns and other humorous nick-nacks like the ever-popular exploding Sydney Opera House.

Please leave your war-machine outside. Anything you incinerate or vaporize, consider it bought by you.

Is your gift too big for the war-machine?  We can send it home for you by Australia Post.

(Absolutely not the door label on a famous emporium in the bustling metropolis of Whitemark (pop.170, including the dog and the ducks), Flinders Island. Which has fine products in good taste, and is run by a friend of mine, if you should want any of these. She regretfully informs me the exploding Sydney Opera House is not available. Sorry and all that.)

So, we live in interesting times. Which, I’m afraid, brings out my dubious sense of humor. You don’t have to read it.

They’ve just banned all non-essential travel here, and, to protect the public from the ravages Wuhan flu, our ever-well informed Parks and Wildlife Service just closed access to all the parks and conservation areas under their control, listing everything including the virtually inaccessible, such as Gull Island, 50 miles from the nearest human habitation, and with no easy safe landings, where, likely as not, no human has set foot for ten years. Your risks of infection are carefully assessed and of paramount importance – and carefully researched and well-thought out, as you can tell.  Much better to concentrate people into smaller areas, and keep them away from places where contact with another human is unlikely, as a technique to aid in viral spread prevention.  Sigh. When I wrote about bureaucracy as the enemy of mankind (and rats and bats – but they too are human) in THE RATS, THE BATS AND THE UGLY it was supposed to be satire. Like the Babylon Bee, who are finding today’s satire is tomorrow’s news, reality is not kind to sf writers.

Anyway, as my wife works in the surgery, and I am one of the Volunteer Ambulance Officers, I suspect not even moving to Gull island could keep me from meeting this virus. Well, what happens, happens. In the meanwhile I’m wrestling with gutters and downpipes, and trying to order plumbing supplies on a creaking delivery system (must be all the parcels from Whitemark, Flinders Island heading for Mars) and trying to write.

Like most of us, I am finding it hard, with worries about my family, about the economy, to say nothing of the news-bombardment, and the stream of e-mails and messages from bureaucrats who obviously need to be seen to do something… about something they know nothing about and can’t understand (even if it is the wrong thing) (gee, I wrote just that in PYRAMID SCHEME nearly 20 years ago.) to focus on my writing. Our PM does advise staying indoors. But also taking some exercise. But keeping social distancing (but not in remote places with no people in them, because we’ve closed those (most have no fences, visible delimitations or personnel, so I am stuffed if I know what they’re closing. But they’re closed.).

Seriously, it is time to step back. The news probably won’t help. Switch it off. The bureaucrats will keep piling on the being seen to do something in various ‘hold my beer’ efforts. But it’ll probably be something different tomorrow, so…

Read a book. Not a comfort read. Read something that you tossed aside because it managed to irritate you in the first ten pages. Persevere a little. It may well improve, in which case, a win. But it is more likely to continue with the path modern trad publishing loves so much.

And that will guarantee before you get too far, you throw the book at the wall, and say ‘I can do a lot better than this’… and prove it.

That’s a win too.

Image by PublicDomainPictures from Pixabay