(Pam is under the weather today. So here’s a blast from the past.)

“Hi. My name is Pam. I am a disorganized writer.”

I rarely plan books at all, let alone in detail. A character springs, fully formed, from the black depths of my creative self, and next thing you know, it’s fingers on the keys writing all about where he is and what he’s doing. A Classic Pantser. But at some point, if your gateway writing isn’t producing a coherent narrative, you need to consciously analyze your story and organize the chaos. Your readers will thank you.

Now, in my current NaNoWriMo story that I’m working on, I at least know from what seed the Main Character sprouted. Cue Audioslave “Like a Stone.” Add in less than accute hearing, a silly sense of humor, and you can pick out lines . . .

Rescued by a young lady! 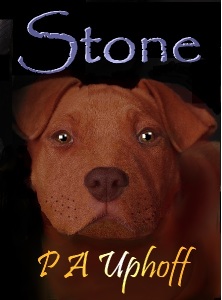 But you know? I can’t blame Audioslave for him turning out to be a werewolf.

So anyway, with no planning whatsoever I’m tapping away at this story. Or whatever you call it at this stage. And I hit the first problem. Which is a serious lack of a problem. There’s got to be something that matters to Stone, that goes horribly wrong. This is the first point at which I have to grit my teeth and, ugh! ORGANIZE!

At this point I become a plotter. But just for a little while.

Well, okay, for once the story problem is pretty obvious. He was limping down the road after a fight with other werewolves. So they just need to show up again and threaten the (yes, yes, of course she’s a beautiful young blonde) woman who picked him up and took him home with her.

Umm, we may need some extra character development here. Is Stone a Bad Boy who’s changed his ways? And that’s why the pack tossed him? Or was he . . . orphaned and raised by a sweet elderly couple? And he has foolishly sought out his blood relatives to find out what he is? And discovered that werewolves aren’t very nice people.

Okay, we’ll go with that. And kick the plotter mind out the door.

And realized it’s pretty much a disorganized mush.

Now, darn it all, it really is time to get organized. Get back to being a Plotter. This is where I drag out “The Hero’s Journey” and checking to see how many points I’ve hit or missed.

(1) Start in the ordinary world. This establishes what your hero’s life is like, before the adventure. Often, these days, stories open with an action sequence to hook the reader, then show the more normal life. Think about the opening of most James Bond films. Most of them are not _just_ a fantastic action scene, but help set up the main story problem.

(2) The call to adventure comes. “Help me, Obi Wan Kenobi, you are my only hope.”

(3) Refusal of call. The character refuses the call or hesitates to go. This is sometimes short or even implied. “I can’t go to Mos Eisley!”

(4) Meeting with the guide. This is not necessarily a guide. Some processes call him a mentor. Think Merlin to Arthur. Gandalf, Obi Wan . . . they tend toward short lifespans, as the Hero needs to take over and be the leader.

(6) Tests, Allies, Enemies . This varies with the novel, but think of the classic fairy tales. The character meets with three people. Each of them gives him or her something that can be used on the journey, or teaches him a skill he will need. You get the point. Send your character to school, hand him a magic sword or BFG 3000, have him find companions, vehicles, whatever your story requires for the MC to win.

(7) Try-fail sequences. At least three for a novel, some of the low points being caused by the previous attempts. Interleaving these with the acquiring of allies, skills, knowledge and equipment is useful.

(8) Approach to the inner-most cave—the black moment—the nadir—the “mirror moment”—the realization—the reimagining—the commitment. Call it what you will. Your character needs to emotionally crash, then come out of it energized and determined.

(9) The TEST. This is the greatest battle. The biggest love trial. Whatever. This is where your character is put through the white hot furnace and melts or not. What the trial is has been set since the beginning – the meeting with the villain, the crossing of the perilous chasm. The hero wins, story over . . . except if you do end it immediately the reader will be upset. A gradual let down is needed.

(10) Reward. Show what the hero gets out of it, immediately. Freedom, money, kiss, whatever. The awkward version is the end of the first Star Wars movie. Try for something more emotionally satisfying than an awards ceremony.

(11) Return to the new normal.
This can be going home—or not.
Or a marriage proposal. Or goodbyes.
It needs to show the development the characters have gone through, how they adjust. Give the reader a glimpse of the future.

(12) And sometimes, the refusal of the return. The character isn’t ready to go back to the ordinary world. This can inspire your readers to reach for something beyond the ordinary. Or it may be a sign that you have a series on your hands.

This is, if you want to analyze a story, a very useful framework.

If your MC is not meeting people, learning things, or gaining useful tools—that’s something you really need to look into. While it sounds like a Fantasy Trope, it’s also extremely important in Mysteries. Interview people, find clues. Get emotionally attached to the Women-who-everyone-thinks-dun-it, pick up an amusing sidekick . . . whatever.

And the try-fail sequences. (Ouch! Think I’ve just found a problem!) In a short story, even one failure, followed by a deep dark emotional dip and finding determination before winning gives a story some emotional impact. In a mystery, you’ve found proof someone else did it, only to find out contradicting evidence (three bloody times!) Black moment. “She’s going to be convicted and executed!” Then you put the clues together differently, and Voila! You arrest the amusing sidekick! (Sorry about the sense of humor, there’s a reason I’m not a big time mystery writer)

Well, going back to my werewolf, how do you actually fit a story into the HJ?

I’ve found that I have to physically manipulate the scenes.

I print out the first paragraph or so of each scene, just enough to bump my memory. A separate page for each scene. Lay them out in order and write on them, where they match one of the steps.

Would it work better in a different order? (Should the blonde find out earlier that he’s a werewolf? When should her brother-in-law the FBI agent find out?)

So I shuffle pages around, make notes. Figure out where to put in the try fails . . .

Another thing to look at, somewhere in my—and possibly your—disorganized flailings, is a look at the genre, and the genre expectations. For instance, since this is showing signs of at least a strong romance thread, there needs to be a lot more togetherness. And if, as I fear, we’ve fallen into a Sweet Werewolf Romance I’m going to need a lot more togetherness. And probably a pen name.

I fear it may wind up as silly as this one: 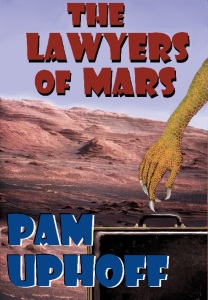