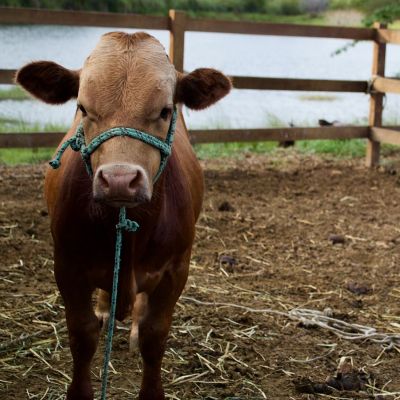 Correlation isn’t causation. You’d think as an ex-fisheries scientist I would have grasped that immediately, but back in the day when I was trying to work out just why some books, some authors, took off… and others withered on the vine, I got it very wrong.  I knew almost nothing about publishing back then, and assumed that it was a merit based outcome, dependent purely on the quality and appeal of the book.

That led to a lot of spurious correlations in my analysis… because especially in Trad publishing factors beyond the merits of the book are substantial, and way out of control of the author. Besides it’s a very, very complicated fishery. We don’t all attract or capture readers in the same way, even if quite a lot are snagged by the wallet.

It’s hard enough to work out roughly how best to pursue getting readers of a group you know well, let alone as a foreigner, writing for an audience I knew nothing of that I hadn’t got from books or the media, or occasional expats (not a great sample), into an industry I was almost entirely wrong about too. It’s so complex, you can do everything ‘right’ and still hit bad luck, or the opposite.

Still, there are something you can work out. And the more you know of your target group, the less likely any success is just going to be pure luck.  But correlation is not causation!

To illustrate this I’m going to do something really stupid and write about American politics (not to take sides in a country that is not my own – I wish you all the very best with it, but it’s really none of my business, and I remain fairly ignorant of it. Not perhaps as ignorant as the guy who came up with this…)

Some obviously left wing ‘I have been trying to understand why Hillary didn’t win’ individual came across something from the UK Grauniad, lamenting Brexit, and blaming it all on the ‘Shit-life syndrome’. He concluded the same true for his party’s loss in 2016.

To summarize the ‘shit-life’ theory: the analyst looked at the areas that voted for Brexit (and second guy the areas in his chunk of middle America that voted for President Trump). The areas were all outside of large cities, were relatively poor, and, with lower median education levels and in the US anyway, with shitty minimum wage jobs, high levels of opioid abuse and suicide, particularly among white males.

Their (NOT MY) conclusion because of this correlation, being in the group that had shit-lives caused them to vote for Brexit or Donald Trump, instead of the parties those areas historically supported. Because he lied to them and promised to immediately make things better. And they’re stupid and believed.

Let’s leave the politics out this: But these are unsupported conclusions driven by absolutely no data.

“But… but… but muh correlation!”

The correlation, in fact, only shows that areas with these issues more (not all) people voted for a person or an issue that this guy didn’t agree with, than voted for the ones he did.  His conclusions based on the correlation are wishful thinking and a total lack of understanding of either the numbers or the source of the data. This applies as much to writing as politics, and has been fairly well displayed by Tor Books attempts at buying Mil Sf.

To find actual causes and reasons for such correlations one has dig a lot deeper and understand a lot more of the complexity of the situation – and not be misled by a few things that appeal to your preconceptions.  For example of dumb preconception: there are higher drug-abuse deaths: therefore ALL these people must all be stupid, drug addicts and desperate for immediate gratification, and therefore voting for someone he doesn’t like. Mathematically and logically that’s… like: WHUT?  Let’s leave politics out of it, and look at the math. Voting is voluntary. Participation often selects the more concerned, motivated and people who have actually bothered to think (some of them, some of the time, anyway). Opiate use is likewise not universal. What evidence does the guy who believes these shit-life people have voted for his enemy… that the groups meet at all, let alone being one and the same?

Look, my conclusion, with equally little statistical support (but at least I am not trying to pretend it is there) is these people would probably vote for someone who doesn’t sneer and talk down at them, and is offering – rather than the immediate gratification of extra welfare or better minimum wages for shitty jobs, so they can spend it on drugs — the possibility of better jobs, where they are valued and can have more self-esteem. I don’t know these people in particular, but I sure know a lot like them. I find a lot to admire in a fellow willing to battle rather than take a handout. And… given the vast increase in college participation, with the same IQ pool to draw from – 1) college students are dimmer on average than they were when that participation was smaller. 2) Non-participation in the college system… given that the debts are high, the quality iffy, and the outcomes for many courses not very rewarding and just as minimum wage shit-life…  certainly means that that someone who didn’t attend college could well be brighter than average. Once again I certainly know a few people like that.

One of the two of us could be right… or more likely, neither. But one of us is not jumping to conclusions, believing them supported by stats.

So to loop back to writing: and my point here. You may think this is ridiculous, but I can’t tell you how many times I’ve hit it. Where a point of correlation is assumed to mean causation. “Fantasy (like Harry Potter or Game of thrones) sells big. I don’t actually read it or know anyone who does, and I think people who do are weird and dumb (but I did watch Game of Thrones) but because these books are a success, I am going to write Epic Fantasy.”  Or – as I mentioned earlier — a publishing house with editors that don’t have the background or know the readers of the same buying ‘Military SF’… because it sells… Or a Romance editor crashing an entire line because she knew romance sold but had no idea why. She thought it was the branding, not the content, and that if she made it various ‘non-binary’ erotica with none of this romantic hetero-masculine hero and happily ever after rubbish it would sell even better…

If there is one thing I have learned: Stick to your knitting.  ‘Such-and-such is popular’ doesn’t mean you will be if you write it, unless you write as well the author who is popular – who probably knows and loves that niche. Write for the kind of people you know, and like and respect, in a genre you like and are familiar with. Trying to manipulate the buying habits of readers you don’t know in genre you don’t like for your own gain, on the basis of assumptions that suit your daydreams… probably works as well as the guy with the ‘shit-life’ theory of why people didn’t vote the way he wanted them to’s idea of a remedy. He was going to tell them all they were lied to.

I’m SURE that’ll work. The utter shock of being told a politician was mendacious is bound to make everyone drop dead.  Mind you, that might be the plan. I gather the dead are far more reliable voters in America. /s

The image is a supply of bull in a corral.
Image by Fabiano Capeletti from Pixabay