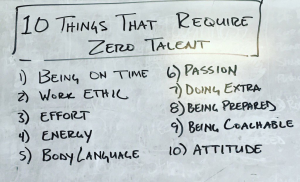 “The other day” I was talking to a person, and when they were complaining about End Of The World for ebooks, I said, “Eh, it can’t be that bad, and we’ll survive it fine. Don’t you remember the KDPapocalyse and the huge shakeup from KU1 to KU2, and the Kobo-pornopocalypse? This, too, will pass.”

They made noises of pure confusion, and I realized… Indie is over 10 years old, and Peter and I have been there since pretty much the beginning. (Don’t ask me about working the Christmas rush inside Amazon when the world suddenly decided it wanted kindles, and e-readers went from a weird niche geek beta-test market to The Hot Christmas Gift. Because you are on the other side of a screen, and can’t hand me brandy enough for that story…) The person I was speaking to hadn’t been indie for 3 years, yet. They didn’t know The History Of Our Tribe.

Well, sure, when you’ve got a whole two years under your belt, any change is profound and scary, because you’ve never seen it before. Ask any two year old when their blankie gets taken away to be washed…

And thus, I find the advice given by those who’ve been around for quite a while tends to be very different from the advice from those who haven’t. One is very focused on the now, and one is very focused on the career. Neither are wrong (unless you ask the other!), and both have their strong points and their weaknesses. The present-focused folks, including the write-to-market crowd, are running as fast as they can to maximize current earnings, including running trend analysis on subgenres to distinguish underserved from saturated markets, and figure out how to serve those markets. (some with write to market, some with writing what they want, and then marketing to underserved subgenres.)

If you’re looking at how to make writing a job that you can grind out to keep the bills paid and the kids fed, present-focused will serve you well. And for some folks, especially those with health situations that make holding a regular job impossible, that’s very valuable. But the more able-bodied will find that the job is a grind, and they’re not having fun. They they think, “This sucks. This is stressful. Why am I doing this when I hate it?” And there are two choices: change the job so you don’t hate it, or get a different job. And thus, of the initial wave of success, a lot have turned into “Whatever happened to?”

Some are still writing, but at a vastly reduced rate – they’re doing it as a hobby, while their Day Job pays the bills. Some switch pen names, and are doing Quite Well, as they’ve kept turning out product in other genres / subgenres. Many disappeared – and of their books, some went so far as to unpublish everything, and quit the field entirely, while others have wandered off and left their stories up for sale like championship trophies growing dusty in a high school’s trophy wall, telling the world they had championship track stars in ’77 – while those track stars have long since gone on to unrelated lives. Some, sadly, have died.

On the other hand, if you’re looking at how to still be writing in 20 years, and be doing Fairly Comfortably at managing you IP licensing across many, many properties, best to hear from the people who’ve actually done it.

What’s the best way forward? Both. Neither. Find what works best for you, at this point and what’s down the road… because there are nine and sixty ways of constructing tribal lays, and every single one is right.

From: BY THE MAD GENII, FYNBOSSPRESS, WRITING: LIFE, WRITING: PUBLISHING
← Writing To Your Audience
Rabbit-holes →
32 Comments