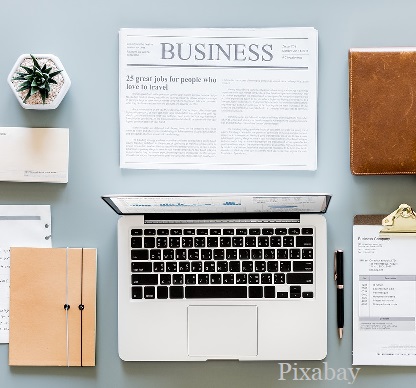 The other day, I was talking with a writer who was over the moon but trying to think like a businessman. Well, businesswoman. She’d finished a book six months or so ago and had been shopping it around. After deciding against going with an agent, she did her homework and found publishers in her genre who would accept “over the transom” submissions. After silence from some and rejections from others, she finally had a contract offer. It wasn’t a big name publisher or even a medium name publisher. But the publisher wasn’t exactly fly-by-night either. But, reading the contract, she had concerns and wanted to talk them out before spending the money to have an IP attorney look at the paperwork.

I’ll admit, my immediate reaction was to tell her to run long and far from the contract. But I was good and I said I’d be glad to meet for coffee and we’d discuss it. But she needed to bring the contract with her so I could see what they were offering and what they wanted from her.

I won’t get into the nitty gritty of the contract itself. Also, none of what I say here is to be taken as legal advice. But the questions I posed to her after looking at the contract and her communications with the publisher are questions we should all keep in mind if looking at a publishing contract of any kind.

Is there an advance?

In this case, there wasn’t. Because of that, I immediately dropped down the contract to find the royalty schedule. This publisher was being “generous”. It would split royalties for e-books at 50-50 and for print at 60-40, with the “house” getting the larger portion. Also, these royalties were after “expenses” which were only generally defined.

When are royalty payments made?

Amazon and other online vendor and third party aggregators generally pay on a monthly basis after the first two months. That means an indie author will see money in their account in three months and then every month afterwards as long as there are sales. Unfortunately, that’s not the way most publishing houses run. Some pay quarterly, some semi-annually and some annually. This allows them to earn interest on your money. Earnings that aren’t reflected in your royalty payments.

In this case, payment was quarterly. Not bad but not great.

How soon would the book be published?

This is where my alarm bells started going off. One of the very few benefits traditional publishers have over indie publishing right now is the ease of getting their books on the shelves at bookstores. That’s the draw for many writers. After all, we all get a rush from walking into a store and seeing our book sitting there. But it takes time to get to that point. Not just the production time but the time to get the book marketed so the stores know its out there. Sure, that marketing might only be a listing in the publishing house’s catalog, but it isn’t something that happens overnight. Then you have to take into account the store’s own ordering and stocking schedule.

That means if your contract says the book will come out in three months, there is a very real chance that little to no real marketing of the book will be done. At least when it comes to marketing it for brick and mortar stores. Marketing for digital versions is easier to do because you don’t have to worry about shelf space or some regional or national marketing manager to place an order for hard copies.

And that brought us to the first question I told my friend she needed to ask: Do they rely on print on demand? The follow-up question was how do they plan to get her book on the shelves of the bookstores?

Or, when will you get your rights to the book back?

This needs to be very clearly defined. Some smaller publishers put a set date with option clauses in the contract. For example, they contract for exclusive US or worldwide rights for a period of five years. After that, they have the option of renewing for one year intervals. At that point the author may or may not have the power to decline the renewal. It depends on contract language.

Larger publishers tend to use the “out of print” language. The problem with this is that nothing goes “Out of print” in the digital realm. So you need to have a specific number of books sold in a quarter or year spelled out before the OOP clause comes into play. If sales drop below that number, you have the right to demand your rights back and get them. But only if the contract has it spelled out.

Along this same line, this is another reason why you need to know how the publisher handles their print editions. If they aren’t going the POD route, they will know how many books they are ordering in print format. You need to know that number as well and track it against the number of hard copy books you sell. Why? Because if you ask for your rights back, a number of publishers will try holding those rights hostage until you pay them for any printed versions they have in stock.

I can’t tell you the number of times I’ve talked with traditionally published authors who have found themselves in this position and who, after doing some simple math, have discovered the number of books supposedly on hand doesn’t add up when compared with what they say have been sold. Either the publisher had ordered up additional printings–which should have triggered a new royalty payout according to the terms of their contracts–or they were cooking the books or they’d made a “mistake”. Either way, it was to the detriment of the author and too often the author was afraid to push the issue for fear of being blacklisted by the rest of the industry.

Oh, these publishers might offer you a “discount” for the books but it will still be money in their pocket and not in yours. Don’t pay and they will try to refuse giving your rights back.

So you need to make sure you have a clause in the contract that allows the publisher to sell any books already printed even though rights have reverted back to you.

In other words, what are they going to do to help get word out about your book? Put it in their catalog? Send our ARCs? Set it up on one of the e-ARC sites to get early reviews? What?

Too short of a time between contract signing and publication date means much of the marketing and PR won’t get done.

Along this line, don’t expect them to send you on a book tour ala Castle or some of the other movies or TV shows we’ve seen. Book tours aren’t being used like they used to be. More often than not, when you see an author at a library or bookstore, the money for that appearance has come out of the author’s own pocket. Oh, they might be reimbursed for some of the expense by the publisher but don’t bet on it, especially if it is a medium to small publisher.

Why can they cancel a book?

This is so important in this day an age. Too often we’ve seen books canceled because social media has suddenly decided the author or the topic wasn’t up to its standard. Trial by media, in this case social media, rules when it comes to traditional publishing and it will listen to the screeching of a relative few on Twitter, etc., and panic, pulling books simply to avoid controversy.

Some publishers have also shown a propensity for pulling books if the author becomes controversial for one reason or another.

They seem to have forgotten that the more controversial a topic or author, the more likely it is someone will buy the book just to find out what all the furor was about. They will sacrifice sales for political correctness and safety.

Concerned by vague language throughout the contract when it came to responsibilities of the publisher, I turned my attention to what the author was required to do. Let’s just say I wasn’t surprised to see much more specific delineation there.

She had to turn in the manuscript and edits by certain dates or they could cancel the contract. (There was no similar language if they failed to get her edits and galleys by specific dates.)

She had to commit to promoting and marketing the book using social media, blogging, blog tours, etc. She was also “encouraged” in the notes to the contract to contact local media outlets, libraries, etc., to set up interviews and author appearances.

Failure to live up to the terms of the contract could be viewed as putting her in breach and the publisher could cancel the contract and bill out for expenses already incurred on the book.

That is when I told her I would tell them thanks but no thanks. the publisher was getting all the benefits and she was getting little, if any. But, if she chose to go forward, she needed to ask the questions we outlined and then take them, along with the contract, to an IP attorney. But she should not sign the contract as is without first discussing it with an attorney.

I swear there were tears in her eyes when she tried explaining that the editor she’d been dealing with was so nice. She’d been assured that this was all just boilerplate and if she had any issues or concerns, they’d work them out. If she wanted her rights back at any time, all she had to do was ask.

I didn’t laugh. It was difficult but I managed it. I reminded her this was her business. She needed to treat it as such. In this litigious society, we no longer live by the handshake. She needed to have those promises in writing as part of the contract.

This is all a long-winded way of saying to never take anything at face value. Read the fine print. Ask questions and make sure assurances are added into the contract and, most of all, never ever sign until you have an IP attorney vet the contract. Otherwise, you might find yourself signing over the rights for your book for not only your lifetime but for the life of copyright.