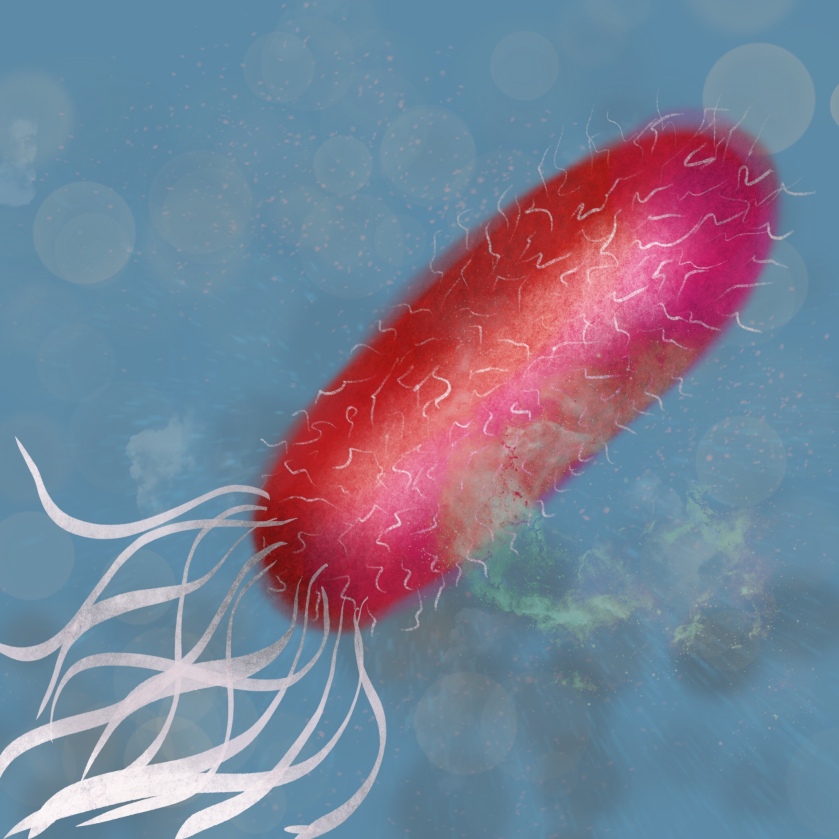 Biosafety is just as important for the Mad Scientist as it is for the rest of us scientists who are varying degrees of peeved, ticked, and not-quite-on-kilter. Without good lab practices, the Mad one might wind up cross contaminating his experiment and yield fluffy bunnies wielding switchblades instead of his intended Rabid Cape Buffalo of Doom! Or he might catch his own engineered plague and instead of half the world dying it’s only him, alone, futile, forgotten, slowly mummifying on the lab floor.

There are four biosafety levels, in regular labs. I think as a writer you might safely add a MS5 to the end of the list, but we will begin with the categories you’d find in any old lab here in the land of liberty and biohackers. Along the way I’ll discuss things like waste disposal, the problems of acquiring source material, and, well, being Mad isn’t as easy as it looks on TV.

Biosafety level 1, or BSL1, is a very simple lab. Essentially all that is required is a sink, screened windows, and a door that closes. In this lab, work is not done with any microorganisms that can infect a normal healthy human being. It’s easy to forget that there are a lot of microbes which are harmless, and many that are beneficial, when the Mad ones in our stories are so intent on using bacteria, viruses, fungi, or even yeast to wreak havoc on the world around them. In a BSL1 lab, there’s no need for special waste handling, as there’s no concern for possible LAI (Lab Associated Infection) if the colonies being studied manage to wander past the boundaries of the lab. Also, the Mad Scientist would only have to wear street clothes in this lab. No lab coat, not even gloves! And you know how much he cares about appearance.

BSL2 labs are much more common in real life. They work with a wide range of organisms, some of which are quite virulent, which can make your Mad Scientist happy – virulence is not a measure of how sick it will make you, but how likely it is to spread. Staphylococcus aureus is quite virulent, and can be pathogenic, causing skin infections or upper respiratory infections, but it is also normal microbiota in most humans and carries on calmly not affecting it’s host in the least most of the time. The Mad Scientist would likely not be interested in messing about with Staph. a.

BSL2 labs require stringent cleaning procedures, as much to maintain an aseptic working space as to prevent LAI, as any handling of pathogenic organisms should be carried out in a Biosafety Cabinet (BSC) using gloves, sterile utensils, flame for sterilization, and a constant negative airflow that is filtered through a HEPA filter before being returned to room air. For simple handling of lab tasks in an aeseptic manner, which doesn’t require protection of the lab minion (what, you think the Mad Scientist does his own technical work?), a LAF hood may be used, which is a laminar air flow that creates a smooth, positive air flow from the back of the hood to the front and prevents aerosolized microbes from contaminating the work.

BSL2 labs also require careful waste handling procedures, something you will see again in BSL3 and 4 labs. You can’t just throw possibly infectious material in the trash, nor can you flush it down the sewer. Unless your Mad Scientist is trying to end up with this? 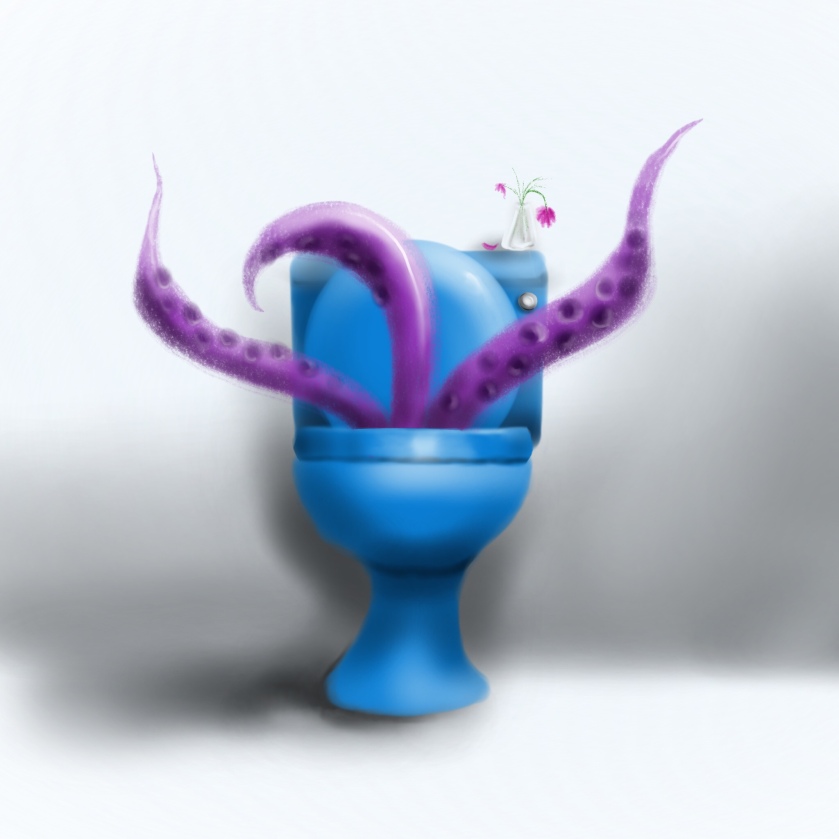 Waste should be autoclaved, which involves bringing it up to a certain temperature (usually 121 C) and pressure for a set amount of time (settings will vary depending on what is being autoclaved for what reason. Autoclaving is also used to sterilize tools and media) before slowly releasing the pressure of the steam being used to do this task. Autoclaves are finicky, a pain in any Mad Scientist’s tuchis, and can be a plot point in a story where nothing goes right!

BSL3 may be more your Mad Scientist’s speed. Working in this level, or level 4, requires a lot more protective gear. Unlike BSL2, which can usually be done in a lab coat over regular clothes, closed-toe shoes, and simple nitrile gloves, anyone going into a level three lab needs a full tyvek suit, rubber boots, and possibly a hood with face shield. Work in this lab is done by reaching through holes in the sides of special cabinets, usually into heavy-duty glove-like arms that are permanently mounted, and keeping several layers between the human and their workspace. Everything going in or out of this lab must be decontaminated first.

BSL4 has similar working conditions, with the addition of requiring very special air handling for the entire facility, often requiring a dedicated building for this level of lab. There are only a few in the entire world that can work at this level, handling viruses like Ebola, or Smallpox, for study. This is where the Mad Scientist can really wreak evil, if he can stand having to suit up like he’s going to Mars every day for work.

And for the writers, there’s Mad Science Level 5 %!!111 Muhahahaaha!

Ahem. This would be a lab so dangerous, it has to be located in orbit, or possibly not even that close, in order to work with such things as plastic-devouring bacteria (they really exist, but what if you pepped ’em up a bit, and made them multi-antibacterial-resistant?) or prions (what? That &^$ scares me. They aren’t alive, so you can’t kill them, and even incineration might not completely destroy them. Autoclaving certainly doesn’t). With full self-destruct protocols in case things go right, er, wrong, depending on how Mad you are.

For any of these labs, getting your source material is probably going to require a certain level of regulation and licensing. You can’t just order from supply houses in most cases. And if you are going to be putting anything at all down the drain, even if it’s just water, you’d better have all your permits in place as well as testing to prove that it really is water. And if your Mad Scientist wants to work with something like Ebola or smallpox (which has technically been eradicated in the wild, unlike the hemorrhagic fevers, so he can’t just go out and collect it) he’s going to have to get very creative indeed. But that’s probably another post. Or not. Since this is just for writing, and fiction should stay fictional.

All images in this post were created by Cedar Sanderson. Header is a Pseudomonas bacterium, above is Aspergillus fungal hyphae and fruiting bodies on a tomato.